The Deal of a Lifetime

Did a State Housing Agency Board Member Conspire to Profit From Contracts She Helped Approve? 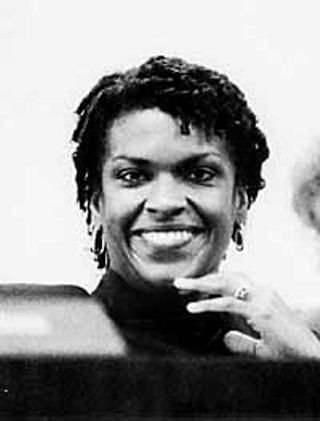 TDHCA Board Member Florita Bell Griffin is openly hostile toward what she depicts as a complex network of good ol' boys who have established a lock on the subsidized affordable housing industry. (Photo By John Anderson)

The story that emerged in the courtroom where state housing agency board member Florita Bell Griffin is being tried on corruption charges has been around as long as paper scrip: A young man striking out on his own with a struggling but reputable construction company is approached by fast-talking strangers and asked if he'd like to make some real money. He cuts them in on his business, and they promise to bring home the big deals. But when things don't go as planned, his partners abandon him, leaving him in debt and in trouble with the law.

Essentially, that's what prosecutors are arguing happened in Griffin's case, which went to trial in federal district court in Houston late last month. Federal attorneys allege that Griffin, along with co-defendants Terrence Roberts and Joe Lee Walker, conspired to invest in B. Hammond Homes Inc., so that the three could profit from the subsidies Griffin helped approve for the company's projects as a board member of the Texas Dept. of Housing and Community Affairs (TDHCA). So far, lawyers for the defendants have not disputed that the partnership was formed, but they say Griffin merely served as a consultant and had no financial interest in B. Hammond Homes. Meanwhile, larger questions about the state's funding of affordable housing continue to swirl around the case.

The showdown in Houston is the culmination of a two-year-long investigation of Griffin, which began in 1998 when FBI agents raided her home in Bryan. Since then, the state housing agency itself has become the focus of both media and legislative scrutiny, with questions raised about the extent to which secret handshakes, rather than an equitable selection process, determine who reaps the millions in tax credits the agency dispenses annually. The tax-credit awards, which are given out to only about one in five developers who apply, can make overnight millionaires of their recipients. And during the two years Griffin has been under investigation, she has repeatedly accused her fellow board members and even state legislators of using the housing agency for personal and political gain.

Griffin's comments have revealed an open hostility toward what she depicts as a complex network of good ol' boys who have established a lock on the subsidized affordable housing industry. Courtroom witnesses' reports of her private dealings revealed a businesswoman who fought against her outsider status, drawing developers struggling in the shallow end of the affordable housing business into her plans to win major government subsidies.

Prosecutors paraded a stream of documents and witnesses before the jury that suggested Griffin's fingerprints were all over the dealings of B. Hammond Homes. Key witnesses Barry Hammond, already serving a two-year sentence for his part in the deal, and his ex-wife, Michele Hammond, testified that Griffin, Roberts, and Walker approached Barry Hammond in 1997 with an offer to build a large apartment complex called One Golden Oaks outside Bryan. B. Hammond Homes, which up until then had only built a handful of entry-level homes, and was incorporated to include the three defendants as partners. Griffin's role in the company, the Hammonds said, was to "create opportunity" by voting to approve subsidies to help finance Hammond's projects. Later that year, Griffin made good on that alleged promise, voting to approve a federal tax credit subsidy -- awarded to developers who pledge to make a portion of units available to low-income renters -- for One Golden Oaks.

As it happened, B. Hammond Homes fell into debt -- partially, the Hammonds said, because of the financial drag the new partners placed on the company. Unable to secure a construction loan to build One Golden Oaks, the company eventually bowed out of the project -- but not before buying a 131-acre tract of land, which was later divided up between the partners. A personal dispute erupted between the Hammonds and Griffin, who had helped bankroll their company with a $19,000 loan. Soon afterward, Michele testified, she overheard a conversation between Griffin, Roberts, and Walker -- relayed through a cellular phone which was apparently left on -- in which the three plotted to set up their own construction company to build One Golden Oaks, replacing B. Hammond Homes. Michele taped subsequent phone calls, which prosecutors played at the trial, in which the defendants allegedly discussed the One Golden Oaks project.

As reported in the Chronicle last week, witnesses testified that Griffin tried the following year to sell the land she purchased through B. Hammond Homes to another developer, using Walker as the front man for the transaction.

Tip of the Iceberg?

Suspicions are high among both housing activists and state legislators that Griffin's story is but the tip of an inscrutable iceberg in a housing agency that has lacked close scrutiny and accountability for many years. After Griffin's home was searched by FBI agents, sources close to the case said agents were also investigating current TDHCA board members and agency employees. A second grand jury was recently convened in San Antonio to examine those allegations.

In September, the state Sunset Advisory Committee postponed making a final decision on recommendations to reform the housing agency. According to commission chair Fred Bosse, information that was secretly brought forward concerning this year's program allocations indicates that the agency's promises to right itself may have once again proved empty. Bosse says the commission had been leaning toward merely placing TDHCA on probation, but now members were considering more drastic measures.

"As we [learn] more and more [about TDHCA]," says Bosse, "there may be more sentiment for making some changes." The Sunset Commission could advise that the current board -- all appointees of Gov. George W. Bush -- be disbanded, says Bosse, or it could abolish the agency altogether. The commission is scheduled to discuss TDHCA further on Nov. 14, but Bosse says he may recommend that the hearing be postponed again so that commission members will have time to review yet another report on the agency from the State Auditor's Office, due out Nov. 13.

Housing activists, meanwhile, continue to push for more open allocation processes, saying that the system continues to reward the same small clique of developers and to shield agency decisions from outside scrutiny. According to a recent analysis by the Texas Association of Community Development Corporations, TDHCA cannot account for about $12 million in federal HOME grants that were returned to the agency by developers who didn't follow through on proposed projects. TACDC director Reymundo Ocanas says the agency's attempts to better account for that money have been "half-hearted at best."

What's more, TDHCA, despite its supposed new effort to distribute its tax credits more equitably, seems to have rewarded the same cast of developers with the usual all-you-can-eat platters. In a controversial decision, the board refused to approve the project of one perennial winner, former TDHCA board member Joseph Kemp (whose firm, KRR Construction, according to Michele Hammond's testimony, made the loan that Griffin gave B. Hammond Homes), but other perennial winners did just fine. Projects connected to a handful of individuals -- including John Paul, Dan Markson, Chris Richardson, and Glenn Lynch -- pulled in the largest awards, although many of the proposed projects would put up fewer units per tax-credit dollar than nearby competing projects. Most of the projects were flagged for serious problems by agency underwriters. Those projects all used the same financiers, architects, and property management firms, and all followed the same basic floor design.

TDHCA officials say that some developers just have a sure-fire formula for success, but if so, that formula cost hundreds of poor families new apartments this year. The agency awarded roughly the same amount of tax credits this year as in 1999, but funded only about 75% as many units as were approved last year. Construction costs have risen in some areas, but housing activists say that can't possibly account for reduced efficiency of that magnitude.

Still, activists say they're clinging to the hope that Griffin's trial and the suspicious behavior of TDHCA's upper-level administration won't lead the Legislature to scrap the housing agency in the next session. John Henneberger of the Texas Low Income Housing Information Service points out that TDHCA is the only agency in Texas that focuses on the blighted housing conditions of hundreds of thousands of poor Texans. "It would be sad if Florita Bell Griffin accomplished what right-wingers want, which is to get the state out of the housing business. If her legacy is to permanently deprive the poor of having homes, that would be a very ironic outcome," says Henneberger.