The Hottest Race in Texas

The David Fisher-Todd Staples Senate Contest in East Texas Will Decide the Fate of the State Senate -- and the U.S. House 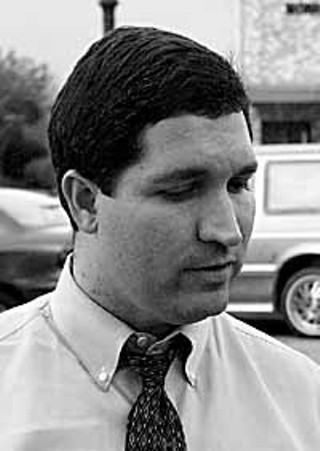 "When people hear Staples describe me as an outsider, they think it's silly." -- David Fisher (Photo By Michael King)

On the evening of October 17 -- while much of the nation was watching either George W. Bush and Al Gore impersonate Disney World robots, or the Yankees finally pummel the hapless Mariners into submission -- a real, live, up-close and personal political event was in progress up in East Texas. In the auditorium of Frankston High School in Anderson County, the Tyler League of Women Voters had assembled several state and federal candidates for a "Four-County Forum" (Henderson, Smith, Cherokee, Anderson), allowing the voters to gather and evaluate a sizable brace of their current or potential representatives. Not every invited candidate was able to attend. With Congress still in session, U.S. Reps. Ralph Hall and Pete Sessions were in D.C., and neither District 2 Senator David Cain nor his opponent, Bob Duell, could make it. But that was just as well: There were eight candidates, a moderator, and seven (count 'em, seven!) reporters from the also-sponsoring local media on the stage. Indeed, for a few early minutes it appeared that -- just to make enough room -- the audience would have to exchange places with the candidates.

Those on hand included the candidates for: