Take, for instance, the closely watched race between Julie Kocurek and Karrie Key, candidates for 390th District Court judge. Kocurek is the Republican incumbent, having obtained the post last year as an appointee of Gov. George W. Bush. The new district court was one of two that the Texas Legislature created in 1999 to ease the docket load in Travis County. This, in turn, presented the Bush administration with a rare opportunity to name two Republicans to preside over the new courts, giving the newcomers ample time to gain incumbent status and name ID to improve their chances at the polls in November. In appointing Kocurek to the criminal bench and Ernest Garcia to the civil court, Bush and the GOP effectively penetrated the long-held Democratic bastion at the local courthouse. 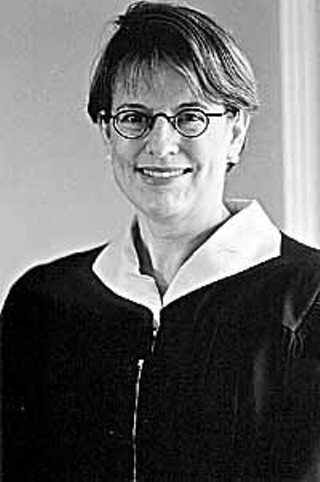 Now, Travis County Dems are counting on Key, a municipal court judge, to nip a potential Republican onslaught in the bud by capturing a majority on Nov. 7. (Garcia's Democratic challenger is attorney Darlene Byrne). Kocurek, 35, and Key, 47, both hail from prosecutorial roots, and most people familiar with the two agree that each candidate is well-qualified for the job. And for what it's worth, both have managed to secure the backing of some of Austin's most prominent citizens. Key's backers say their candidate is campaigning much harder than her rival, but they don't deny that Kocurek is a formidable opponent. As the county's first woman judge in a felony court, Kocurek has won the trust and respect of lawyers on both sides of the docket, not to mention the political fence, and she appears to be the favorite of the courthouse crowd.

It doesn't hurt that Kocurek is married to the grandson of Willie Kocurek -- one of this town's most beloved civic leaders. She's even capitalized on the elder's trademark bowtie, with an illustrated bowtie bedecking her blue and white campaign signs. Read the names on Kocurek's list of supporters and you'll see another trademark of Willie's: the ability to rally Austin's bipartisan old guard behind his latest cause, which in this case happens to be getting his granddaughter-in-law elected. Judge Julie's support list includes LBJ Holding Co. chair Luci Baines Johnson, former Congressman Jake Pickle, Admiral Bobby Inman, lawyer and former Chamber head Pike Powers, beer distributor and former City Council member Lowell Lebermann, and former mayors Roy Butler, Jeff Friedman, and Bruce Todd -- along with such powerhouse law firms as Minton Burton Foster & Collins and Graves Dougherty Hearon & Moody. Moreover, Kocurek has substantial support from smaller firms of rough-and-tumble criminal defense lawyers. She used to go up against them during her seven years at the Travis Co. District Attorney's office, where she made a name for herself prosecuting felony child abuse cases and gained a reputation for being aggressive but fair. Kocurek says she has further demonstrated her fairness in her new role as judge. "In the courtroom, the lawyers on both sides know that they're going to get a fair shot," she says.

Like Kocurek, Key is also marketing her name as part of her campaign slogan, as in, "experience is Key!" Okay, so she's no Kocurek, but like her opponent, she boasts an impressive bank of supporters, including Congressman Lloyd Doggett, who spoke at a Key fundraiser; writer and local icon Liz Carpenter, Texas Democratic Party chair Molly Beth Malcolm, state Sen. Gonzalo Barrientos, Rep. Elliott Naishtat, and a strong representation of progressive regulars such as former SOS leaders Brigid Shea and Robin Rather. Business consultant and former council candidate Amy Wong Mok is on the list, along with Rabbi Kerry Baker of Congregation Kol Holev, and trial lawyers such as Jeff Rusk and Kent Anschutz, a former prosecutor. The law firm of Whitehurst Harkness Ozmun & Archuleta also counts itself among Key's supporters, and she won the endorsements of both the Austin Black Lawyers Association and the Austin Hispanic Lawyers Association, as well as from a number of Democratic clubs.

Key, who is board certified in criminal law, points to her expansive legal career, including five years as a municipal court judge (appointed by the Austin City Council in 1995), to bear out her claim that her experience has better prepared her to handle the heady felony cases that come before the district court. As a municipal judge, Key says she is especially proud of her innovative handling of domestic violence cases; she was the first judge in the county to begin using "24-hour holds" -- sort of a cooling-down period spent in jail -- for offenders charged with domestic violence. "My opponent downplays the role of a municipal court judge because the court handles primarily misdemeanor cases," Key says. But the work is much more varied than that, she says, citing as an example the "hundreds" of search and arrest warrants she signs for crimes ranging from drunk driving to murder.

Key's law career covers various areas, including her "trial by fire" experience as a prosecutor under the infamous Harris Co. D.A. Johnny Holmes. She also worked as a briefing attorney for Judge Sam Houston Clinton at the Court of Criminal Appeals, and prosecuted white-collar crooks for the Travis County D.A.'s office, where her claim to fame came in the form of a $1 million restitution fee for a criminal case she won in 1992. From there she went to the Texas Dept. of Insurance, where she served as the chief of the fraud unit. She last practiced personal injury and commercial fraud law at the law firm of Ivy Crews & Elliott before becoming a full-time municipal court judge. "I think I've done a good job," Key says, in summing up her 17-year legal career. "Experience does matter."