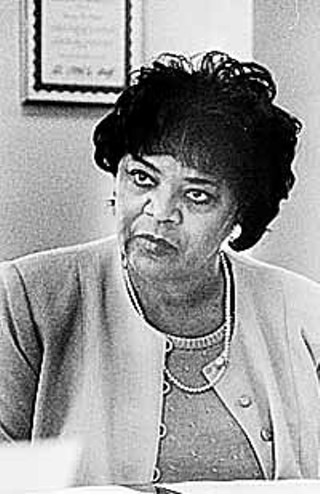 In the weeks prior to this year's allocation of low-income housing tax credits by the Texas Dept. of Housing and Community Affairs, observers hoped that recent harsh indictments by a committee of the state legislature would compel the agency to make this round the most aboveboard ever. But they also feared that a possible recommendation from the Sunset Advisory Committee to dismiss the current TDHCA governing board would send the gravy flowing thick to favored developers before the bacchanalia ends. The tax-credit awards, which are effectively cash subsidies given to apartment builders who price a portion of their units for low-income renters, were doled out by TDHCA on July 28, and as usual, the outcome is difficult to judge.

Attempting to avoid further criticism that the game is rigged, the TDHCA board removed one project from the staff's recommended list because the developer, former TDHCA board member Joe Kemp, is a perennial winner who has received over $30 million in tax credits since 1997, more than just about anyone else. "It's a matter of what the Sunset Commission and the Legislature have been pounding on us [to do] for two years," said board member C. Kent Conine, addressing Kemp at the July 28 meeting. "They've said spread [the tax credits] around, and it's my contention that since you've received four [awards] in the last four years, it may be time to spread it around, and I think that's a smart thing to do."

Conine's remarks were met with applause from the packed room. But board member Margie Bingham, former chair of the subcommittee that used to control the tax-credit allocations until the full board took the job upon itself last year, was furious. She challenged the project Conine recommended to replace Kemp's on the allocation list, noting the developer's lack of experience with the tax-credit program. Developers who've watched the board pile tax credits on Kemp and a handful of other lucky recipients year after year, even as they've struggled to complete previous projects, couldn't miss the irony.

Kemp has subsequently filed two suits against TDHCA in Travis County district court, requesting an injunction to prevent the agency from allocating the tax credits recommended for his project to another project and demanding that the board members be deposed. Kemp alleges that the board singled out his project for rejection because he is a former board member. To date, neither TDHCA nor the attorney general's office has offered a response.

It's the first time in recent memory that a TDHCA board has rejected a recommended project. But aside from that one assertive act, critics of the agency found little to encourage them this year. They did agree that the agency followed the Sunset Committee's recommendation to distribute more tax credits into rural towns and poor border communities. TDHCA has also begun to tailor its tax-credit awards to better match the affordable housing assistance already available in larger cities. And in an effort to open the selection process to more scrutiny, agency staff distributed a list of recommended projects to TDHCA board members one week before the board was scheduled to vote on them (instead of one day before, as in the past), and agency director Daisy Stiner invited the media to a briefing in her office. The agency is a long way from having anything that resembles a true public process, open to appeals and discussion, but staff describe this year's changes as a "bridge" to a more reformed process in the future.

However, one of the agency's most persistent watchdogs, state Rep. Harryette Ehrhardt, D-Dallas, isn't sure anything has really changed. "It takes a very long time to iron things out ... but I have no reason to believe it's anything but the same old thing," if not worse, says Ehrhardt aide Tim Thetford. Thetford notes that not a single developer who participated in a workshop sponsored by Ehrhardt last November to devise new rules for TDHCA's selection process won an award. That group includes Phil Cates, one of the most successful lobbyists in the program. And once again, prominent consultant Don Hammond, who helped bring the housing agency's questionable allocation process to Gov. Bush's attention in 1998, was shut out.

Meanwhile, David Leonard, who is connected with an Austin project that may have illegally changed its design and failed to reveal its true financial backer, won his second large award in two years.

The agency may have improved the geographic distribution of its projects, critics mull, but it still needs to work on its "developer distribution."