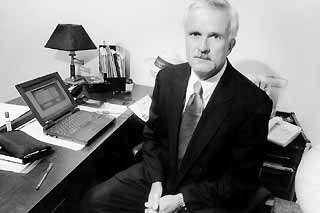 "For all his career, Leininger has sought to remove government intrusion in our private lives. So why is it that he thinks it's okay to insert himself into the most private aspects of his employees' lives?" -- Former TXN bureau chief Jim Moore (Photo By John Anderson)

Starting a statewide TV and radio network is expensive. Drug tests are cheap. And those tests appear to have been an integral part of James Leininger's strategy to weed out employees and cut his losses on a $45 million media deal that went south faster than DrKoop.com's hearse.

At the end of this month, Leininger, the ultra-conservative millionaire from San Antonio, will pull the plug on TXN, also known as The News of Texas, the fledgling news organization that sought to cover the entire Lone Star State by establishing news bureaus in Austin, Dallas, Houston, and San Antonio, and then selling its radio and TV newscasts to affiliate stations in all of the major media markets. The company also launched an Internet operation, hiring more than a dozen people to operate the now-defunct Web sites under the names TXN.com and NewsofTexas.com.

TXN was headed by Bob Rogers, who gained renown in the Alamo City during his long stint as news director at KENS-TV. But Rogers had little success at gaining market share and recognition for the network. Despite the millions of dollars that Leininger pumped into the operation, TXN's news broadcasts were not being shown on any of the major networks in the state's four major cities when Leininger finally made the decision to fold his TV venture. And while it's unfortunate for anyone to lose that much money -- even someone as rich as Leininger, whose estimated worth is in the $300 million range -- the techniques that the hospital-bed magnate used to shut down his operation have infuriated current and former employees alike.

In the days leading up to last month's closing of bureaus in Dallas and Houston and the firing of Rogers, Leininger's company began conducting random drug tests on the more than 100 employees at TXN. Within the first few days of the pogrom, 13 employees had either tested positive or were fired after refusing to take the test, and Leininger was able to void the contracts of all 13. The move likely saved tens of thousands of dollars for the reclusive millionaire who shuns the press. Nicknamed the Daddy Warbucks of social conservatism in Texas, Leininger has backed numerous causes, including anti-abortion groups, tort reform groups, school vouchers, and the Texas Public Policy Foundation, which played a major role in defeating light rail in San Antonio. And his last-minute loans to Comptroller Carole Keeton Rylander and Lt. Gov. Rick Perry assured the two of victory in 1998.

"The drug tests were used as a way to cut down the number of people they had to pay severance to," explains one company insider who asked not to be identified. 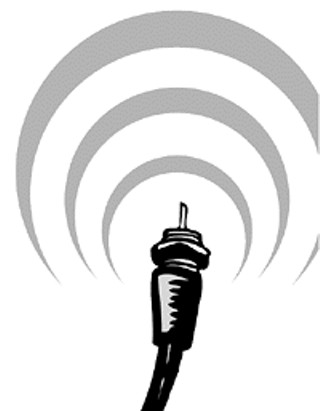 Indeed, the surprise tests accelerated the pace of defections from TXN. Jim Moore, TXN's Austin bureau chief and arguably the network's best and highest-profile newsman, refused to take the drug test when Leininger's pee police showed up at the TXN bureau in Austin on June 7. Moore, who was recruited by Rogers to work at TXN after leaving his reporting job at KHOU-TV, was infuriated by the procedure and what it implied.

"For all his career, Leininger has sought to remove government intrusion in our private lives. So why is it that he thinks it's okay to insert himself into the most private aspects of his employees' lives?" asks Moore, who took an independent drug test after his firing from TXN to prove that he was drug-free.

All the Wrong Moves

Although the urine tests allowed Leininger to flush a number of employees, the company's mismanagement and poor business model had already doomed it to failure. Insiders say the company had taken in just $500,000 in revenue this year, while spending about $6 million. The company simply could not attract advertisers to news broadcasts that weren't being heard or seen on the state's biggest media outlets.

"We were doing pretty well in some of the smaller markets like Corpus Christi, Lubbock, and Amarillo," says Moore. "But those were not the markets advertisers want to sell to. We needed to be on the major networks in Dallas and Houston and Austin. But instead we were being shown on the UHF and public television stations." In Austin, TXN's newscasts are being shown on KLRU. And while being seen on PBS affiliates is far better than no exposure at all, the deal with KLRU and other PBS stations forces TXN staffers to plug holes in the show that would ordinarily be filled by commercials.

Most of TXN ceased to exist on June 13, the day Rogers was fired as president and CEO of TXN, although he continues to have a consulting contract with TXN. That same day, the axe fell on news director Greg Pasztor, assistant news director Marcia Pons, and managing editor David Lauricella, as well as a dozen people working on the Web site and a half dozen who worked for TXN's radio division -- including former Austinite Bob Crowley, who was at KVET/KASE until losing his job in April 1999 after a rift with the station's management. Although TXN's radio and Web operations have been shut down, the TV news division will continue operating until July 31 in order to fulfill the contracts it has with affiliates.

TXN's demise offers a number of lessons on what not to do for a successful TV news operation. Company insiders point to a number of careless business decisions that cost the company massive amounts of money and credibility. For instance, most TV stations rent a satellite transponder, the machinery that sends and receives TV sound and images to satellites. TXN bought its own transponder, along with satellite dishes for each bureau to link to the apparatus. However, some of the bureaus couldn't convince their landlords to allow them to put the satellite dishes on their roofs. That meant bureaus had to transmit stories via microwave towers for which they had to pay about $300 for each 15- to 30-minute window of time. Thus, the company ended up paying twice for a recurring infrastructure problem that should have been handled when the network began.

Profligate spending began even before TXN began broadcasting in January of last year. Rather than wait for a studio and control room facility to be completed in San Antonio, company executives bought a $1.5 million production truck, like those used for big sporting events like Monday Night Football. The idea, according to TXN insiders, was to get the network on the air sooner, rather than later. After the control room was completed, TXN planned to rent the truck to other stations. That never happened. Instead, after the building project was complete, the production truck sat outside TXN's offices gathering dust. 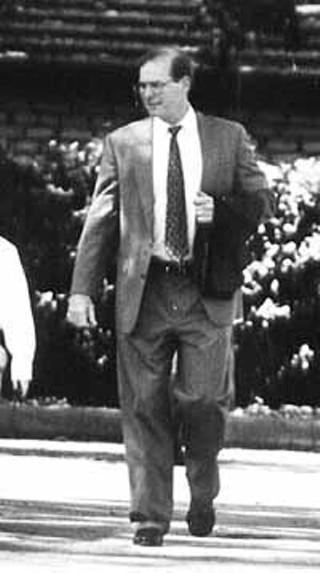 A favorite story among former TXN employees is the Haggar clothing deal. With advertising revenues almost nonexistent, company executives decided to do a barter deal with Haggar. In return for supplying all of TXN's on-camera people with Haggar outfits, TXN agreed to run a tag line at the end of each broadcast saying that TXN's people wear Haggar togs. While many of the reporters objected to the style, or lack thereof, of the Haggar look, all objected to the tax burden the deal placed on them. In a May 17 letter to Rogers, Moore complained about the deal, saying the taxes on the clothes are "estimated to be about $700." Thus, said Moore, he'd be paying tax on $2,000 worth of clothes that he "did not ask for and was not allowed to select."

Moore and several other former TXN employees blame Rogers for the failure of TXN. They say Rogers failed to properly promote the venture and didn't use the company's media properties to lead viewers and listeners to the company's Web sites. They also say the company simply tried to grow too soon, too fast. Indeed, the company's dreams appear to have been far too grand. Starting any of the three operations -- TV, radio, or Web site -- would likely be enough for any start-up. Doing all three at once was likely the kiss of death for the venture.

Others say Rogers simply didn't have the background to run an operation as big as his dream. "Rogers was a news guy," says one TXN reporter who is currently looking for other work. "He'd never been a general manager of a station. You've got to have sales people. Plus, it was harder to sell the concept of a statewide news network than they thought."

Rogers who did not return phone calls from the Chronicle, may deserve some of the blame, but Leininger also deserves blame. He jumped into a very expensive business that he knew little or nothing about, and he did it without developing a complete business plan.

But in the end, TXN will likely be remembered not for the quality of its journalism or the soundness of its business plan, but for the cynical way Leininger chose to get out of it. Not only did he use drug tests to jettison employees, he also quit the business at a time when he was fighting with the Department of Labor over having to pay employees for their overtime hours. The dispute stems from a disagreement TXN had with some of its Dallas-based employees over the amount of time they were obliged to put in without being paid overtime. According to TXN insiders, the federal agency sided with the employees earlier this year, and several are pursuing claims against the company.

Leininger did not respond to the Chronicle's request for an interview. Bruce Kates, the news director at TXN, declined to comment on the reasons for the network's failure.

"I don't think you can place the blame," Kates says. "You can make a business plan and project what revenue will be. When you looked at it, it didn't match with what expectations were."

So was there mismanagement? "I don't think I'd put it down as mismanagement," says Kates. "Revenues didn't meet expectations."

For links to previous Chronicle stories on James Leininger and the TXN network, see this story online at auschron.com.