Robin Rather: From SOS to Austin Network 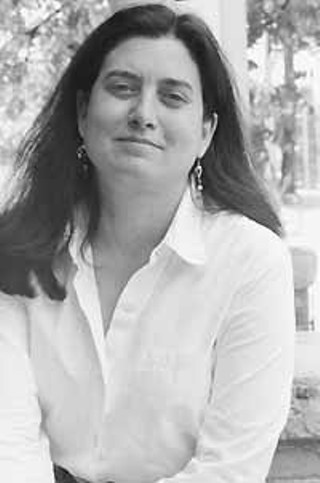 Robin Rather has been in the news a lot lately. The former chair of the Save Our Springs Alliance board split publicly with her colleagues and supported the city's recent settlement deal with developer Gary Bradley, and then departed the SOS board for good to begin work with the high-tech CEOs in the Austin Network. The Chronicle talked with her about this recent, headline-making transition.

Austin Chronicle: How did you come to decide that the Bradley settlement was a good idea, and why wasn't that view also adopted by your colleagues on the SOS board? Is this an issue on which reasonable people could disagree, or was SOS, as an organization, mistaken? Do you feel -- as many have argued -- that you represent a more pragmatic approach, and the rest of SOS a more ideological approach?

RR: I spent a great deal of time (along with the city's lobby team, the mayor, the Chamber of Commerce, and the Real Estate Council of Austin) at the Legislature in 1999 trying to stop House Bill 1704 -- the grandfathering law that allows Bradley and others to build massive developments over the aquifer without having to comply with the SOS ordinance and other current regulations. I wish that Gov. Bush had not allowed this incredibly damaging law to pass. But that didn't work. I spent even more time trying to talk [SOS chief counsel] Bill Bunch and [SOS outside counsel] David Frederick into litigating against it. That didn't work either.

The prospect of allowing Bradley to move forward to develop his 3,000 acres under old, less stringent rules is just not acceptable to me. The settlement provides impervious cover limits and pollution controls that are nearly identical to SOS levels. It provides pumping limits on the golf course and an agreement not to locate major employers like Intel on the land. These are all restrictions that would not have been possible even if we litigated and won big. So for me, it was a no-brainer. Obviously, we'd all prefer to see no development whatsoever in the [Edwards Aquifer] Recharge Zone. But we have a responsibility to protect what we can and to seize opportunities to win more by negotiation than we can by litigation.

The SOS board was not able to come up with a better, more certain alternative than the settlement. For me, it's not about right vs. wrong, good vs. bad, purist vs. pragmatist. It comes down to a battle of ideas, and whatever the best idea is should win. In this situation, the settlement was by far the best idea on the table for protecting the environment.

AC: It's easy to jump to the conclusion (as many in the media have) that your departure from SOS was a direct result of your split with the board on Bradley. Is that true? Are there other reasons? Do you think that this split, and the organization's failure to prevail on Bradley, has crippled SOS?

RR: My departure from SOS was based on my deep desire to spend more time with the Austin Network, which I was asked to join at the 360 Summit in January. It was also based on my husband [guitarist David Murray] asking me to be home more often, and on the demands of the company I started last year [Mindwave Research], which is growing very rapidly.

I waited to formally resign until after the Bradley settlement was concluded. I have the utmost admiration and love for Mary Arnold, Bill Bunch, Grant Godfrey, Michael Maguire, and Brigid Shea, as well as the rest of the SOS board and staff. I believe they understand and respect my decision to step down and know that I will continue to help them in any way I can. And no, I do not think SOS will be crippled in any way from the Bradley settlement. After the smoke clears, I am sure SOS will remain the passionate group of dedicated people it has always been.

AC: Is the direct purchase ofland and conservation easements the only way Austin and its citizens will be able to preserve environmentally sensitive lands and water sources? Is it the best way? How should such an effort be handled -- by the city, by nonprofits like the Conservancy, by private landowner initiative?

RR: Yes! It's clear that the best way to permanently protect Barton Springs and the Hill Country is to purchase land outright or to create conservation easements. There is absolutely no doubt that this is the single most important environmental effort that we can focus on. Thanks to SOS, the mayor, City Council, and thousands of voters, [1998's] Proposition 2 [water-quality bonds] and related activities have protected more than 15,000 acres in the past two years. Our goal, through a combination of public and private partnerships, should be to protect at least another 50,000 acres, and more if we can find the money.

This effort is already starting to energize landowners, ranchers, environmentalists, elected officials in both Travis and Hays Counties, and the business community toward a common goal. This really is the ultimate answer to our water quality, open space, and anti-sprawl challenges. States like Florida, Maryland, New Jersey, and California have spent billions of dollars and are farther down the road on land preservation than Texas is. I'd like to see Central Texas lead the state in this direction.

AC: The Austin Network promises to focus on a broad range of issues and impacts of the big boom. Do you think that an organization like SOS,focused exclusively on environmental protection, and in a fairly specific location at that, can remain viable? Or is the struggle for the future of Austin being joined on some other battleground?

RR: It is important that SOS continue to advocate for the Springs, and it will no doubt be as viable in this decade as it was in the last. I hope SOS will continue to evolve and to gain increased support. But SOS cannot save Austin by itself. Even with a green mayor and council, SOS is necessary, but not sufficient. Other groups, especially those who come out of the new economy, need to carry their weight as well. We've got to raise the intensity level across the community in order to fight traffic, stop the digital divide, improve our air quality, protect our neighborhoods, provide affordable housing, and to find solutions to other problems created by the boom.

AC: SOS was born out of a conflict between citizens and a specific group of people -- developers, namely Bradley and Jim Bob Moffett -- who were doing bad things. This conflict made it easier for SOS and its allies to organize, raise money, galvanize support, sway elections. Absent an identifiable "enemy," how should Austin respond to the perils being raised by the big boom?

RR: Demonizing one person or group as a way to galvanize support lacks integrity and creates a culture of conflict that does not bring out the best in the whole community. Some people will get off on being angry, but ultimately anger alone just isn't a sustainable strategy. Love is much stronger than hate, and it's a much better weapon in the fight for the environment than some people want to admit. We are all connected and have a deep need to feel that connection as a community.

Here and now, I think the most important way for Austin to respond to the boom is to rededicate ourselves to working together, across the artificial divisions of income, electoral party, lifestyle, and philosophy, to bear down and find solutions that we can all live with. We're going to have to focus on relationships, not conflicts, in order to prevail against the pressures that are upon us now.

The high-tech boom is not killing Austin ... but our own inability to act as a united community implementing the best ideas to solve our growth problems is. We can and must do much, much better, or Austin is not going to be worth living in any more. Fighting the old enemies with the old tools is obviously not working. Killing Austin is not inevitable. But it's up to us to move forward and protect what we love in new and far more effective ways.