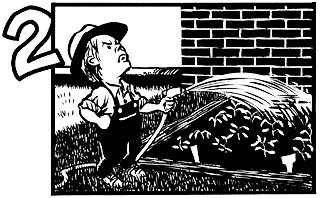 Credit the appeal of environmental and neighborhood activism -- or at least fear of rampant growth -- for turning this year's City Council race into a round of To Tell the Truth: Will the real champion of compatible development please stand up? Or maybe we should credit Mayor Kirk Watson, who after only one term in office has already fashioned the prototype for a new breed of political officeholder: the amiable suit with a green thumb. Chamber of Commerce stalwarts now tout "managed growth" and "common sense" in the same breath, making it difficult to distinguish them from candidates backed by Austin's more traditional grassroots networks. That's true even in the race to succeed retiring incumbent Gus Garcia as the council's Hispanic voice, a race where at least one candidate might be expected to challenge Watson's mantra -- "to keep Austin Austin" -- with a quip that working families packed into crumbling houses aren't so fond of our city the way it is. Sustainable growth credentials are this campaign season's hottest ticket. The two frontrunners, lawyer Rafael Quintanilla, 53, and Lone Star Sierra Club environmental justice director Raul Alvarez, 33, both favor incorporating neighborhood plans into the city's development process, building light rail, purchasing water quality buffers, and creating mixed-use developments in the city's Desired Development Zone. But the candidates were tapped for this race by cliques that occupy very different positions in the local political milieu. Alvarez, an active member of the East Cesar Chavez Neighborhood planning team and a leader in the East Austin advocacy group PODER, has landed the endorsements of virtually every powerful voice in the green/neighborhood bloc, which, though currently fractured, seems to be in no disagreement about Alvarez. On the other hand, Quintanilla, a onetime opponent of SOS and erstwhile lobbyist for clients Time Warner Cable and Dell Computer, lists big-league developers and business execs who once fought SOS tooth and nail as his primary campaign backers. But Quintanilla says it's time to put away those old antipathies. "I get frustrated by this question," Quintanilla says when asked about his supporters. "I have done everything I can not to make this into a developer-versus-green race." Not surprisingly, the Alvarez camp, headed by state Rep. Glen Maxey's environmental policy coordinator, Matt Watson, says Austin voters shouldn't forget the past so quickly.

Meanwhile, retired city employee Gloria Mata Pennington's campaign was left high and dry when the so-called "brown machine," the old-school Hispanic vehicle whose levers lead up to the offices of Austin state Sen. Gonzalo Barrientos, abandoned her in favor of Quintanilla. She's been going it alone with ideas closely resembling the frontrunnersí but no money or name ID to get her message out.

With candidates seemingly so closely aligned on issues, perhaps the more dominant theme in this campaign season, at least for some advocates, is the degree of separation from the Watson Coalition. The mayor's inclusive juggernaut of Chamberites and greens has worn some frayed edges after being dragged through big deals that brought Computer Sciences Corp. downtown, gave the Lower Colorado River Authority a hefty check for future water purchases, and settled the city's long-standing oppositional stance against Gary Bradley's Spillar Ranch development in Southwest Austin. Dissenters wonder, not so quietly, whether Caesar has become too ambitious, squelching the voice of environmental and neighborhood activists through blitzkrieg strikes. Quintanilla, they say, is far too close to the Watson court. "If Quintanilla and [Place 5 candidate and Downtown Austin Alliance member] Will Wynn each get a seat on council, you might as well hand Kirk a throne and a crown," says one frontliner. 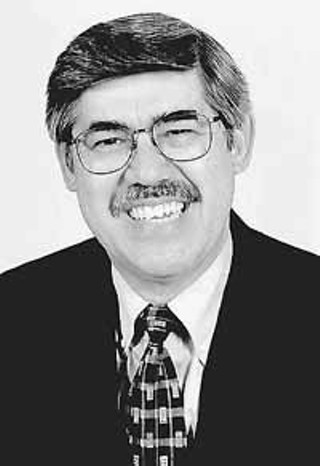 Quintanilla, however, defies easy categorization as a Chamber candidate despite his residence in Barton Hills. For starters, his work in health care, advocating for bigger budgets for the city/county health clinics, has earned him the support of Grey Panther Venola Schmidt and long-serving advocate Rose Lancaster. The Travis County Democratic Women like him, too. President Anne McAfee says Quintanilla's long history of civic involvement and broader experience gives him the edge over Alvarez. "I think people who haven't been in Austin very long aren't as aware of [Quintanilla's] contributions," McAfee says, including Alvarez campaigners among those.

Quintanilla has chaired the Urban League and LULAC, and sits on the boards of service organizations that support children and families. A convert to SOS, Quintanilla says the ordinance is now the law of the land and he'll fight to uphold it. He objects to the dense office tower project Post Properties has proposed on the Bennett tract on East 11th, right next to the Guadalupe neighborhood. He says he wants the city to subsidize new utilitity lines into far East Austin to spur new housing, and wants neighborhood meetings broadcast on Channel 6. "I'm not the mayor's guy; I'm independent. I'll make up my own mind on issues," says Quintanilla.

All good, his detractors say, but Quintanilla failed to stand and be counted when the SOS chips were down the first time. The Alvarez camp adds that the operative word describing Quintanilla's membership on community boards is "sit." While Quintanilla is obviously a decent man, says Alvarez campaign manager Watson, "Raul has been out there working in the community on nuts-and-bolts solutions." Now Quintanilla is mouthing Alvarez's message, Watson says. In a 1995 article in The Austin Chronicle, a reporter noted that Quintanilla, then lobbying before council on behalf of Southern Electric International, advocated the privatization of Austin Energy. Quintanilla says that wasn't accurate, that he was only trying to help Southern Electric get a contract to build a new power plant to replace Holly. Quintanilla's endorsement from ACFSME, the government employees union, would seem to bear out his side of the story.

Alvarez's history is far less controversial than Quintanilla's, as might be expected in a candidate 20 years younger. That's the primary weakness Quintanilla has seized upon -- Alvarez's lack of experience in pushing issues through the political process. Quintanilla says he's already proven that he can work with divergent interests and get results. "I know that to be effective, it's not only about my policies, it's what I can do to convert a majority of the council to support me so we can do this," he says. 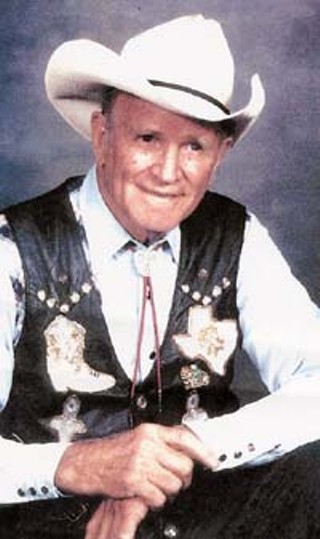 Alvarez, however, has crammed a lengthy list of volunteer service and community work into his brief public life. His work with PODER, summer youth programs, and the East Austin Community Clinic have made him a familiar face in the East Austin neighborhoods, where he lives and works. With a master's in community and regional planning, Alvarez knows the sustainable community talk backward and forward: Develop neighborhoods along light rail corridors, provide incentives for small-scale, mixed-use centers, mandate open spaces and pedestrian access, give neighborhoods better tools to plan, and -- the capstone of his message -- hire a city officer to liaison with neighborhoods and report directly to the City Council. Alvarez says he's suspicious of land swaps to allow developers to build projects more densely over the aquifer, and says existing roadways should be made more efficient before new ones are built. Above all, he says, neighborhood voices need to be heard before major deals are done.

Both Alvarez and Quintanilla say they believe the city must ante up more dollars for affordable housing, both with the housing trust fund and by redirecting federal grants, and they've suggested moratoriums on property-tax increases for low-income homeowners. Both want to encourage the business community and UT to take an active role in shoring up AISD and preventing poorer children from being left behind in the tech economy. Alvarez says he'll work full time at being a council member; Quintanilla says he'll continue with some outside work.

Pennington also shows fluency in growth and neighborhood issues, and her campaign roughly mirrors those of the leading candidates, though she's added some personal concerns, including a streamlining of the city permitting process to help more small businesses get off the ground. Pennington, who directed senior services for the Parks and Recreation Dept. for 23 years, says she knows the ins and outs of city procedures, and her accomplishments are visible all over Austin. In the early Seventies, she helped acquire what is now the treasured Town Lake parkland, and the seniors arts and crafts sales in the Old World Bakery and Emporium on Congress grew out of her programs. Pennington says she's disappointed that key backers abandoned her campaign, saying she believes she's speaking for a wide community that would side with and trust her. "People are saying, 'That old gal talks common sense, and she'll stand up for what's right and [for] people who rely on her for assistance,'" says Pennington.

UT student Monty Markland adds the young conservative voice to the race. He wants to prepare the city for the high-tech age while standing firm on old-school economic values, (property rights, government spending cuts), a 21st-century-ready program called "progressive conservatism" that verges on self-satire, yet is somehow eerily foreboding. "Anyone hoping to represent the citizens on the city council needs to understand the technology behind communications. Hybrid-fiber-coax, fiber networks, upstream and downstream, I have that understanding," Markland states on his Web site, adding that other goals would be increased reliance on renewable energy and promoting school choice.

"Breadman" Blakely, who ran against Rep. Glen Maxey in 1997 and gleaned 24% of the vote, wants to give government back to the people. He says he'll turn more responsibility for the city's spending over to the public through referenda, avoiding wasteful projects such as the Plaza Saltillo and the downtown homeless shelter. "People see no value in their vote," he says. "I want to start referring critical issues to them." The city has to loosen regulations if it wants to give developers room to build less-expensive housing, he says. And get rid of all those speed bumps so traffic can flow more quickly, he adds.

Blanchette, a retired Air Force officer, seldom has much to say about anything except his military experience. He finished behind perpetual candidate Jennifer Gale in the 1997 mayoral elections, stealing just under one-third of one percent of the vote from the Watson machine.