Forget "compassionate conservatism." While you're at it, toss the "reformer with results." Education, taxes, welfare reform -- none of those things really matter. For George W. Bush, one issue matters: loyalty. You're with him or you're not. There's no in-between. It's a lesson that he learned from his mother, Barbara, a fiercely territorial woman who never forgets a slight, and from his father, former president George H.W. Bush. George W. has been fiercely protective of his father, and he believes part of the reason his father served only one term in the White House was the lack of loyalty among his staff members. During the elder Bush's four years as president, W. became his loyalty Doberman. It was George W. who sifted through his father's staffers, demanding that they either commit fully to their father or get the hell out. It was George W. who fired his father's White House chief of staff, John Sununu. The abrasive Sununu, George W. believed, simply didn't have his father's best interests at heart.

Loyalty has been a recurring theme of Bush's campaign for the White House. Look at the last few months. The Bush family was reportedly livid after Dan Quayle's wife, Marilyn, suggested last year that George W. wasn't prepared to be president. Mrs. Quayle called W. the "party frat-boy type," and said he "never accomplished anything. ... Everything he got, Daddy took care of." It was betrayal of the worst kind. After all the Bushes had done for Quayle -- the slightly goofy senator from Indiana whom George the Elder had plucked from obscurity and taken to the White House -- to be attacked by Quayle's wife was beyond the pale. And the Bush family let it be known that the Quayles would not be spending weekends at Kennebunkport any time soon. But what happened a few months later? Dan Quayle was endorsing Bush when Bush needed it most -- after his loss to Sen. John McCain in New Hampshire. There, in South Carolina, Quayle took a big helping of loyalty pie, and called on the GOP to rally behind Bush.

Everyone wants their friends and co-workers to be loyal, but politicians are particularly needy. George W. learned that from watching his father. And that may be why the governor has made certain that the trustworthiness of his closest campaign advisers is not in doubt. Don Evans, Karen Hughes, Joe Allbaugh, Mark McKinnon, and Karl Rove are orchestrating Bush's run for the White House. All of them are white, close to Bush in age, were educated in the South, and, except for Evans, all have long histories in politics. More importantly for Bush, all have taken the equivalent of the pinky swear when it comes to the loyalty question. In return, Bush has shown them that he is loyal to them: He has broken with longstanding custom and has refused to hire any Washington-based political consultants to advise the campaign. Instead, he has stuck with his Big Five. Together, they form the nucleus of Bush's campaign, and each has a clearly defined role: the money man, the flack, the trooper, the image maker, and the tactician.

Bush has probably never questioned Don Evans' loyalty. Perhaps the governor's closest friend, Evans has known Bush for three decades -- since Bush was a struggling oil man in Midland during the 1970s. But the connection goes back even further: Bush and Evans' wife, Susie, went to grade school together.

Evans and Bush have many things in common: their age, 53, their roots in Midland, their physical stature. But there is also a big difference: While Bush was a failure in the oil business, Evans has made millions. He is the longtime chairman and CEO of Tom Brown Inc., a Midland-based oil and gas company that has the bulk of its production in Wyoming. The company is among several small, publicly traded oil companies that have seen their fortunes improve in recent months as the price of crude oil has skyrocketed. One of the largest individual shareholders in Tom Brown, Evans has an 800,000-share stake in the company, worth over $13 million. That's up nearly 30% over the past nine months. The recent uptick in crude oil prices has sent his company's stock soaring. Its price-to-earnings ratio is now over 100, giving it a valuation that exceeds some tech stocks, including Dell Computer.

While Bush went east for college, to Yale and Harvard, Evans, a Houston native, stayed closer to home. He got a degree in mechanical engineering from the University of Texas in 1969. Four years later, he finished his MBA here in Austin and then went back to Midland. Evans' close ties to Bush and his contacts with other members of "the Big Rich" made him a natural choice to be Bush's national finance chairman. And Evans has exceeded all expectations. He has coordinated an unprecedented fundraising drive for Bush. He helped organize the Pioneers, a group of Bush backers who each pledged to raise $100,000. The program has been remarkably successful. At last count there were more than 200 Pioneers who have reached the $100,000 goal.

As a reward for Evans' loyalty, Bush appointed him to the UT Board of Regents in 1995. Evans later became chairman of the regents, a prestigious position in which he oversees one of the largest public university systems in America. It's perhaps the most powerful patronage job in the state; the regents oversee some 76,282 employees and an annual budget of $5.4 billion. They also manage an investment portfolio of $14.2billion. 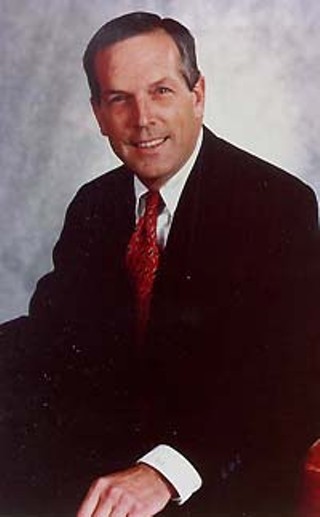 And under Evans' administration, the university has invested millions of UT's dollars with some of Bush's closest friends and financial backers. In 1995, Bush signed into law a measure allowing UT to create a new entity, the UT Investment Management Company, that is not subject to state laws that mandate open meetings and public records. Nor did the law require the members of the UTIMCO board to file personal financial disclosure documents like the ones required for other appointees to state commissions and agencies. The first chairman of UTIMCO was Thomas Hicks, the Dallas media magnate who, coincidentally, bought the Texas Rangers baseball team from a group of investors that included Bush. That buyout netted Bush $15 million in cash.

Under Hicks' guidance, UTIMCO made several deals that favor a select group of millionaires, including: