The AIDS of Lake Austin 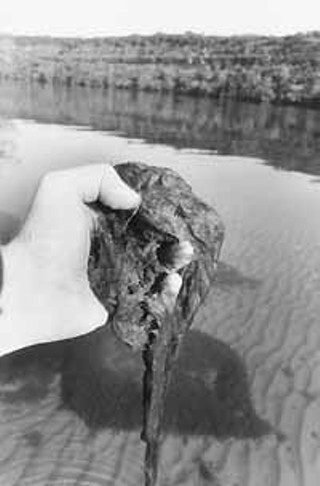 Biologists and environmental activists worry that Lake Austin will be choked by an invasive species of aquatic weed.

You might say hydrilla rhymes with Godzilla. And though Austin city officials, the Lower Colorado River Authority, and the Texas Parks and Wildlife Dept. aren't so poetic in their descriptions of the invasive weed recently found in Lake Austin, they do see the florescent, exotic vegetation as a monster of sorts. It came to this country in the late 1960s, taking over lakes and reservoirs across the country at an alarming rate -- displacing indigenous plant life, disrupting aquatic food chains, gumming up boat propellers, and occasionally provoking swimmers to panic, reportedly leading to a few drownings.

With its appearance in Lake Austin, fears that hydrilla could jam water intakes that supply Austin homes have been compounded by the fact that -- outside of using poisons to eliminate the plant -- biologists don't have many weapons to thwart its advance. First discovered in the Lone Star state near Houston in 1969, as of 1998 hydrilla had been found in 85 water bodies in the state. "It's like AIDS or something," says Mike Lyday, an environmental scientist working for the city. "We're just racking our brains trying to find something to do about it."

The presence of hydrilla in Lake Austin was first noted in October, when a Parks and Wildlife survey discovered a patch growing near the Loop 360 boat ramp; although the exact date of infestation is unknown, the plant was also found in Lake Travis in recent years. Now the city and LCRA have been left to try and answer the question of what to do. "We've been expecting it to arrive," says Lyday, noting that the plant spreads easily, traveling on boat propellers and on the feet of ducks and other water fowl.

Nothing was done until recently, Lyday says, because no one has a surefire response to the plant's spread. As of last week, hydrilla could be found from Tom Miller Dam to Commons Ford, at depths of up to 20 feet; as it advances, officials are concerned it may soon end up in Town Lake as well. Forced to play catch-up, the city's Environmental Resource Management Division has requested that a task force be convened to address the problem.

Already, meetings with LCRA have examined possible ways to respond, and last week several concerned officials attended a formal conference on hydrilla. (In addition, Parks and Wildlife officials are in the process of carrying out legislation, known as the Aquatic Vegetation Management Act, that was signed into law last year.)

Although comparing hydrilla to AIDS appears hyperbolic, the truth is that it may take a treatment cocktail to control its spread on Lake Austin. Because the waterway supplies much of the city's drinking water, it appears unlikely that herbicides used against the plant elsewhere in the state will be applied here. Rather, the city is examining other options for management -- which range from introducing grass carp and exotic insects that feed on the plant into the lake to using a lawnmower-type harvester to carve through patches of hydrilla and deposit the cuttings onshore.

Some may resist the idea of fighting exotic organisms by importing more. But the exploration of alternatives to herbicides strikes Sparky Anderson, state director of Clean Water Action, as a step in the right direction. For the past few years, Anderson has been working with angler organizations and citizen groups to combat what he views as a wanton application of herbicide to water bodies around the state. "We don't want people screaming, 'We've got a weed problem, we've got to nail it with pesticides,'" he says. "We've been real advocates of using harvesters. We want these task forces to look at all the possibilities."

Maureen McReynolds, an official with Austin's Water and Wastewater Dept., says that her office takes a dim view of the potential introduction of herbicides or other toxins to Lake Austin. "From a city water standpoint, we're trying to be as inclusive as possible on this," McReynolds says. "The direct application of herbicides is something we would be very concerned about."