Tied to the Rails 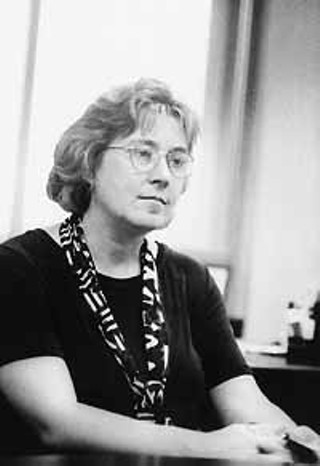 As the Capital Metro board has wrestled with when to take light rail to the voters -- May or November? -- it has focused closely on the policy landscape not in Austin but in Washington, where the Feds hold sway over what Cap Met hopes will be 50% of its light rail budget. As of press time, that landscape is still cloudy: The Capital Metro project has neither received an official ranking from the Federal Transit Administration, nor been included in the FTA's proposed FY 2001 budget. (The federal budget is adopted, in those seemingly rare years when one gets adopted, in September, well before a November ballot.)

Cap Met's absence from the FTA budget isn't really a surprise. Last year, after its AIM (Austin Area in Motion) outreach process and another round of technical studies from its consultants, Cap Met decided to change its "locally preferred alternative" starter line from the Red Line -- from East Austin to Leander along the rail right of way already owned by Capital Metro -- to the "Red/Green" alternative, running from McNeil Road through the central city to Fourth and Colorado. This switch came at the last minute, from the Feds' perspective, and several months too late to be included in the FTA's "New Starts" funding schedule that went to Congress with the last Clinton budget a few weeks back.

But federal statutes require the FTA to have at least ranked under-the-wire projects like Cap Met's by the time the budget gets to Congress, and those rankings have yet to be released. "They're saying that they're carefully reviewing the information before it goes out," says Capital Metro General Manager Karen Rae. "But there may be some adjustments made to the rankings in an election year."

The FTA ranking -- either recommended, not recommended, or the ideal "highly recommended" -- is derived from the agency's evaluation of both financials and "project justification." This latter category involves a bunch of variables, including ridership, service to low-income households, cost-effectiveness compared to existing bus service, energy savings and air quality benefits, and -- importantly in Austin's case -- existing and planned "transit-supportive land-use measures." (This is all available at the FTA Web site, http://www.fta.dot.gov.)

The prevailing wisdom has been that a project in Smart-Grown Austin, serving major trip generators like UT and the Capitol complex, supported by Cap Met's ample sales tax revenue, would be a slam dunk for a "highly recommended" rating. (Conversely, the original Red Line, which had far lower ridership and -- even though it was on existing rail right of way -- only marginally lower projected costs, was headed, Cap Met insiders say, for a "not recommended" kiss-of-death rating, which is why the transit authority switched tracks at the 11th hour.)

Regardless of what ranking the FTA gives Capital Metro, though, the funding that goes with it will have to be secured from congressional committees, which is why Cap Met has also switched lobbyists, signing on a high-powered team including former Gov. Ann Richards. Transportation funding is, of course, the porkiest of congressional barrels, and the budget submitted by FTA often bears scant resemblance to what gets funded. For instance, the proposed budget includes funding for fewer than 40 projects nationwide; last year, more than twice that number -- including Capital Metro's -- actually got funded.

Though the proposed FY 2001 New Starts funding totals more than $1 billion, the bulk of that money is earmarked for finishing out projects -- like Dallas' light-rail system and Houston's high-speed bus network -- that are already in progress. The pot from which Cap Met hopes to dip -- set aside for planning and design of projects that aren't yet ready for what the Feds call a "full funding grant agreement" -- is currently budgeted at around $88 million, none of which is yet earmarked for any project in Texas. (Of course, Capital Metro would in FY 2001 only want or get a fraction of the $300-million-plus in federal funds it's expecting for the starter line.)

That means that not only Austin, but also San Antonio and Houston, will be twisting congressional arms to avoid getting left at the altar when the Feds climb into bed with their chosen transit suitors. The Houston Metro board has already decided to go ahead with rail, while voters in the Alamo City will be weighing VIA Metropolitan Transit's plans on their May ballot. Since Cap Met's project is much farther along than those, the authority's board feels somewhat secure that they can claim some federal funds before a November election.