Gary Bradley Speaks Out About the Settlement, SOS, and 1704 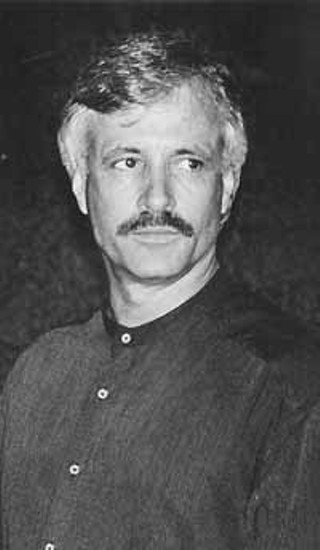 Long before Jim Bob, there was Gary. Indeed, the fight between the city's environmentalists and Gary Bradley goes back to the mid-1980s, years before Jim Bob Moffett ever considered mining the banks of Barton Creek for real estate riches. And there have been several colorful skirmishes, including spirited confrontations between Bradley and members of Earth First! over the southern extension of the MoPac expressway. It's difficult to say who had the upper hand during all the fights, but Bradley has clearly been effective at mobilizing his friends in the Texas Legislature. In 1995, Bradley convinced legislators to create the Southwest Travis County Water District, an entity that prevented the city from enforcing its water quality regulations at Circle C but forced the city to continue paying the debts it incurred while extending utilities to Circle C. The measure also prevented the city from annexing the land within the district, even though the annexation provision was part of the city's original deal with Bradley. The water district bill was declared unconstitutional in 1997 by District Court Judge Scott McCown, who noted the narrow focus of the bill, saying that if laws can be passed to favor particular people, then the "private interest will prevail over the public interest." Indeed, the city has won several important court battles with Bradley and the Legislature. But the fighting has been expensive. In mid-1998, in response to an open records request from the Chronicle, the city's legal staff estimated it had paid outside lawyers more than $2.4 million to defend the Save Our Springs Ordinance and fight the various Austin-bashing bills passed by the Legislature.

Now, after nearly 15 years of fighting the city with a battalion of lawyers and lobbyists, Bradley, the flamboyant 51-year-old developer, says he is ready to make peace. And the city appears to want the same thing. The two sides are on the verge of entering into an agreement that will bring all of Bradley's current and future development under the city's control. It will also subject the majority of his land to the impervious cover limits imposed by SOS. We wanted to get Bradley's side of the story, and he agreed to answer, in writing, our questions on the agreement.

Austin Chronicle: Why is this deal good for the city? Why is it good for you?

Gary Bradley: I think it would be very presumptuous of me to say why I think this is a good deal for the city of Austin. The citizens of Austin and the City Council are fully capable of making that determination. I am confident, however, that given the enormous cost of this conflict, both in terms of financial and human resources, whatever we each must pay for peace will surely be worth it. As for why the settlement would be good for me, there are more personal reasons than business reasons. I think it is fair to say that it would make more business sense for my partners and me to continue to pursue our initiatives both in the courts and the Legislature. I think most prudent businessmen in my position would at least wait for the Supreme Court to rule on the constitutionality of the Water Quality Protection Zones. However, some of the situations in my personal life cannot wait until the Supreme Court finally makes its decision.

Another factor I had to consider in my decision was how many lives were being severely impacted by the length and intensity of the conflict. We were annexed in December of 1997, and since that time the Circle C project and many people's lives associated with it have basically been placed on hold. I could no longer justify the cost of continuing the fight in terms of people's lives and personal relationships. I think it is admirable to fight for what you believe is right, but not at the expense of innocent third parties.

AC: Why, after all the lawsuits and discord between you and the city, should Austinites trust you? And why are you willing to trust the city now?

GB: I am not sure that General Ulysses S. Grant trusted General Robert E. Lee, but they forged a lasting peace. The city of Austin has been well represented in the settlement negotiations by its own attorneys and by two outside law firms, one from Austin and one from San Antonio. I am confident that from the city of Austin's perspective, the enforceability aspects of the settlement agreement, the conservation easement, and the deed to our groundwater are as comprehensive and ironclad as their lawyers could possibly make them.

The city of Austin has gotten every concession from me they have requested regarding enforceability, except for allowing a third party to be part of the agreement. My position on this issue is that this conflict is between the city of Austin and me, and we are the two parties who must reach agreement. If the city of Austin wants to seek the advice and counsel of other informed parties, so be it, but they should not be a party to the settlement. No other party has been through the seemingly countless hours of negotiations. No one else is aware of the give-and-take that has occurred in these negotiations as well as the spirit of cooperation in which they have been conducted. In fact, my greatest fear regarding the future of the settlement agreement is the length of time it must survive, given the brevity of institutional memory. I must say, to my surprise, that I trust every member of the city staff who has participated in these negotiations. What will be the attitudes and understanding of the people who succeed them in a year, or five years, or 10 years? Not to mention the City Council, which changes with every election.

In my opinion, there are only two people who know everything that has happened in this conflict over the last 15 years -- Mary Arnold and myself. We are the only ones who have always been there from start to finish. The settlement agreement is as good as the lawyers can make it, but my fear is that a lasting peace can only be achieved by the individuals who made the truce. Will their successors realize all of the concessions that have been made in order to nurture and keep the spirit of the agreement? I know that everyone who has been through this process recognizes the importance of this peace and all of the forces that had to be brought into balance in order to obtain it. The sum of that experience cannot be written into a settlement agreement -- therein lies my concern. Hopefully, Mary Arnold and I will both live long enough to see all of the promises of the settlement agreement fulfilled.

AC: How will this deal improve water quality?

GB: In terms of impervious cover, all of the property that is subject to the settlement agreement will comply with SOS. The majority of the acreage will be in strict compliance with all aspects of the SOS ordinance. Some of our properties comply with House Bill 1704, which would allow them to be developed under ordinances that were in effect prior to the passage of SOS. We are, by agreement, going to develop these properties at a much higher water quality standard than House Bill 1704 would allow. These properties will be developed at a water quality standard that is much closer to compliance with SOS than the ordinances under which they were originally permitted.

AC: What changes have been made to your plans for developing your land as a result of the agreement (i.e. what will not get built)?

GB: In round numbers, I would say that we would be decreasing the number of planned residential units by 40% to 50% and the amount of commercial development by 60% to 70%.

AC: You have agreed in principle to SOS's request that you cease new development in the Barton Springs Zone. Why? Where and on what can we expect you to focus your efforts next?

AC: Now that you are not an owner of the Rockets, which of Dennis Rodman's hair colors is your favorite? And will Rodman lead the Mavs to the NBA finals?

GB: As far as me not being an owner of the Rockets any more and Dennis Rodman's hair colors, they actually have quite a bit to do with each other. My goal was to win an NBA championship and I was fortunate enough to win two, but I did not want to be part of a team that included Charles Barkley. Players like Rodman and Barkley not only destroy teams, they will ultimately destroy the league. Getting an opportunity to be around remarkable human beings, such as Hakeem Olajuwon, Clyde Drexler, and Rudy Tomjanovich, was a wonderful experience. But in sports it really is true that one bad apple can spoil the whole barrel.

I am looking forward to meeting Mr. Cuban, the new owner of the Mavericks, and offering him some free advice regarding personnel moves, such as Rodman. He's probably already gotten the same advice from Commissioner David Stern. I am confident that that will make a much more lasting impression than anything that I might say.

By the way, if you were wondering if I see myself as either General Grant or General Lee in this situation, the answer would have to be General Lee.