Can Travis County Republicans Ever Get It Together? 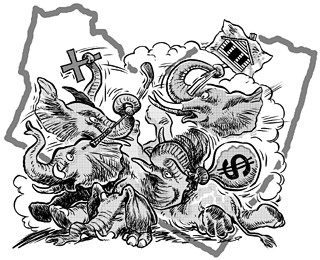 Has anyone checked in on the Travis County Republican Party lately? What a mess. You know a political organization is on the fritz when you have three ideologically different people trying to wrest control away from its leader, who is running for another term despite strong indications that she's lacking the support needed to win. But Chairwoman Becky Motal is putting her best face forward in her attempt to hang in there for another couple of years: She attributes the heated contest to the growing popularity of the GOP in Travis County. Other TCRP members lament, both privately and publicly, that the problem isn't what Motal has done, it's what she hasn't done. Lack of communication is at the top of the list, right up there with failure to unify the Grand Old Party. By TCRP members' own admission, however, it would take nothing short of a miracle to pull this bunch together. Even the religious right folks have turned cynical amidst the squabbling. "Everybody in the Republican Party understands to some degree that we need a new leader, yet we're all pushing different candidates," says Kirk Overbey, a longtime TCRP member and dyed-in-the-wool Christian conservative. "We've become the Republican Bosnia. Everything goes fine for a while and then the fighting starts up all over again." While the national party has its share of divisiveness, Overbey says the divisions are especially pronounced in Travis County, where the GOP has always played second fiddle to the Democrats. And it's easy to understand why the party has never tasted power here when you consider its odd mix of voting blocs. There's the religious right, which controls 60-70% of the county's GOP precinct chairs; the Planned Parenthood advocates; the old Ross Perot supporters; and the so-called establishment Republicans -- the status quo country clubbers with handsome bank accounts. Throw in the out-and-proud Log Cabin Republicans and you've got yourself one rockin' Party. With those elements in mind, local GOP primary voters have to weigh a couple of significant questions before casting their primary ballots March 14: Which candidate best falls in line with my own beliefs? And which candidate is most capable of leading the TCRP out of its rut? (For all you Democrats out there, you'll find only one party chair candidate on your ballot, in the name of attorney Scott Ozmun.)

Who Wants to Lead the Party?

The financial manager for the Lower Colorado River Authority was more or less drafted into her chairwoman's role two years ago when her predecessor, Jan Galbraith, decided against seeking another term. By then, Motal had already won the hearts of both the moral crusaders and the development/builder community with her two unsuccessful campaigns for a seat on the Austin City Council. Motal's critics -- who preface their remarks with, "I like Becky, but -- " -- say that she rode into office banging the unification drum, and then fell strangely silent while the slings and arrows continued to fly. To make matters worse, she discontinued the TCRP newsletter and then, for one reason or another, was blamed for a missed payment on the party's Web site, and boom -- http://www.TCRP.org disappeared out of the party's control and into the eager hands of a supporter of her most formidable opponent, Alan Sager. Now, Sager's campaign pitch occupies a good piece of the Web site, but he says he'll turn the site back over to the party -- if he wins. 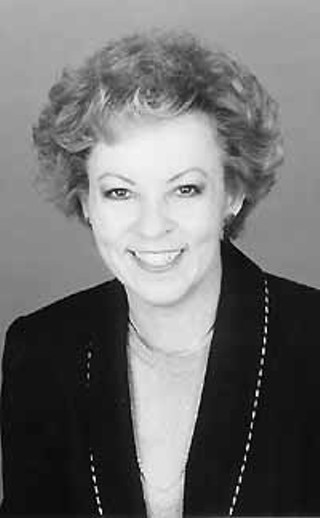 In her defense, Motal lays claim to bringing "quiet credibility to the party" and helping to secure "outstanding appointments," such as Gov. George W. Bush's naming of Julie Kocurek and Ernest Garcia to two vacant district court seats, a back-door method of infusing some rare Republican blood into the Travis Co. Courthouse. While Motal had the backing of some key establishment Republicans in her first try for chair, she hesitates when asked to name even one or two "name" Republicans supporting her in this round. "I have a lot of grassroots support," she says.

"For monkey business and politics," Bentley enthuses on his answering machine, "please press four." That's the first clue to Bentley's free-form style. Get him started on the state of politics in Travis County and he comes across as a Libertarian one moment and an Independent the next, but Bentley is a party activist to the core. The longtime local has a lengthy history of rock-the-boat crusades in Travis County, and has made a name for himself as a leader of Friends for a Responsible Educational Environment. FREE members rear their heads whenever there's a school bond election, and Bentley's usually the one you'll see quoted in the daily as he tries to poke holes in AISD's rationale for raising taxes. Bentley has even nettled some of his own party members, and more recently created some waves after opponent Sager refused to provide him with a link on the TCRP Web site that Bentley believes Sager unfairly "hijacked" during one of the party's more vulnerable moments. "He turned me down flat," Bentley grumbles. "Apparently I didn't pass his litmus test." To which Sager retorts, "How can I give him a link when he doesn't even have a Web site?" 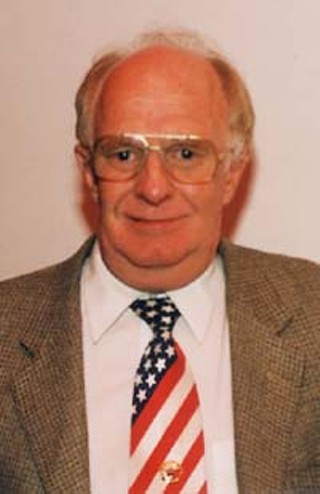 Anyway, some TCRP members consider Bentley the fringe candidate in this race, but maybe that's because he doesn't take himself as seriously as the rest. Like the other candidates, Bentley, who counts former speaker Billy Clayton as one of his biggest supporters, pledges to bring unity to the party in order to bolster its influence on the local political landscape. "We've never been in control in Travis County because we don't know how to lead," Bentley says. "The Democrats can fight like cats and dogs, but when it comes time to vote they all come together. We've never had that kind of relationship."

Many of you remember Gonzalez when he was a Democrat making his first bid for office in 1986 as a candidate for Travis County Commissioners Court. The then little-known Gonzalez took on the legendary "Moya Machine" and ousted Richard Moya, a 16-year veteran on the Commissioners Court. But Gonzalez proved to be a one-term representative of Pct. 4, a working-class district of southeast Travis County. He lost his re-election bid to community activist Marcos de Leon, despite getting some hefty contributions from the development community. After that bruising defeat, he severed his ties to the Democratic Party and headed over to the Republican side, where he quickly found his niche in the far right's fold. 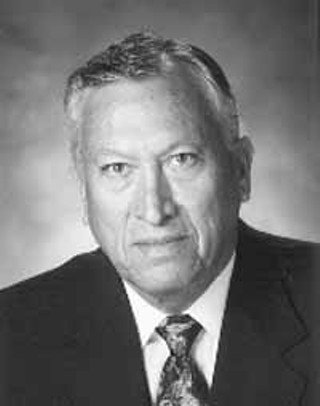 The retired Austin Police detective more recently tried out his Republican motif as the GOP nominee for Travis County judge, largely due to support from the conservative grassroots apparatus. But he was no match for Democrat Sam Biscoe, who won easily. In this race, Gonzalez has become known as the stealth candidate because he shies away from the maintream GOP shindigs. "One criticism I'm sure you've heard about Hank," one party insider offered via e-mail, "is that he ducks a lot of the 'establishment Republican' functions. He's right in expecting that he'll get eaten alive if he goes (everybody who isn't one of 'them' does), but I think he'd have a lot more credibility -- if he'd just take the beating and get it over with."

By the looks of his campaign machinery, you'd think Alan Sager was running for higher office. Tour his Web site and you'll find a photo gallery filled with pictures of Sager's smiling mug next to somebody important. His steering committee list reads like a Who's Who of country-club Republicans, many of them with moderate to liberal leanings. They include Texas Turnpike Authority honcho Pete Winstead, Dell Computer executive/philanthropist Mort Topfer, and tech entrepreneur Steve Papermaster, who's credited with helping to raise big Silicon Valley bucks for the Bush presidential campaign. Of all the candidates, Sager enjoys the broadest base of support -- from the Log Cabin Republicans to the Young Conservatives of Texas. To Motal's chagrin, this is largely the same support base that backed her campaign two years earlier. "I can work with everybody," says Sager, "every color, shape, size, and political bent." 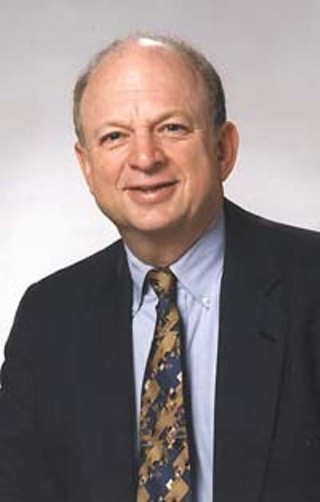 And that's just what the gay activists in the Log Cabin Republicans love to hear. "We look for county chairs who want an inclusive GOP," says Steve Labinski, who heads up the state group and is a member of the local Log Cabin chapter. "We look for candidates who work to create a big-tent GOP in Austin."

A two-time unsuccessful primary candidate -- for a county commissioner's seat in the Eighties and for the District 48 state rep seat in 1990 -- Sager has been more successful as a party player and big-time donor. What little hair he has left he has trimmed at the thrifty-minded Supercuts, which is understandable considering that he owns a big chunk of the franchise. On the side, he lectures government classes at UT, has his hand in a number of community activities, and is a past president of the Jewish Community Council of Austin and a former Chamber board member.

Who's the One to Beat?

Well, it's not likely to be Becky Motal, whom some TCRP leaders are picking to finish third in the primary, with Gonzalez and Sager forced into a runoff. "When Becky first ran," one member recalled a couple of months ago, "there was a lot of hope that she would be a conciliator and patch some of the nasty divisions that have developed in the TCRP over the past few years. She wasn't, and not only have relations between the factions gotten even worse, but the party has become even less active and relevant than it was before. Almost nobody is happy with the job she has done."

Should Gonzalez and Sager advance to a run-off, the true power of the religious right will be put to the test. "Gonzalez is the one I line up with," says conservative Christian Kirk Overbey. At the same time, Overbey recognizes that candidates who adhere to the religious right line are becoming less and less viable in Travis County. "I view myself as unelectable because I'm just too conservative. But," he sighs with a twinge of irony, "I've learned to live with myself."

Which brings the TCRP soul-searchers full circle, back to that nagging question: Are they more committed to their respective ideologies than to their party? If the past is any indication, the answer is yes.