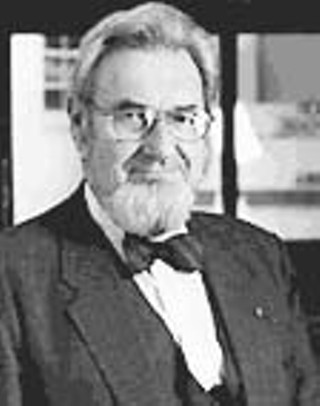 In the Eighties, when he became the first establishment figure to point out the turd in the tobacco industry punchbowl (i.e., that millions of people were being killed by cigarettes), former surgeon general C. Everett Koop's bearded mug became as familiar as Aunt Jemima or the Quaker Oats Quaker.

But Koop is no Ralph Nader. "America's family doctor," as he still likes to call himself, lately seems more like America's used car salesman. As The New York Times has reported, Koop's latest enterprise, an Austin-based online pharmacy called drkoop.com, has been dogged by criticism from medical ethicists and consumer advocates (including several of his former fans). The biggest of a growing number of online pharmacy services, the site allows patients to fill their prescriptions through the Internet, buy health products advertised there, and read up on health-related news and opinions.

The site had been faulted for inadequately distinguishing between advertising and content, failing to disclose its commercial sponsors, and creating an unsavory fiscal arrangement whereby Koop himself received a kickback on health products sold through the site. "I cannot be bought," Koop told the Times. "I am an icon, and I have a reputation for honesty and integrity, and let the chips fall where they may."

Some of the chips must have landed a little too close to the icon, because the company took corrective action almost immediately after (or in some cases before) the article was published, both by noting which companies were sponsors and by canning the kickback scheme altogether.

One thing drkoop.com hasn't changed, however, is its close relationship with the American Council on Science and Health, an ostensibly independent scientific organization that is widely regarded as a corporate front. Since last spring, the ACSH has enjoyed special prominence on the site as a content provider. The Council's editorials regularly bash food activists (or "terrorists," as they are called) and other environmentalists, frequently ridiculing their brand of "junk science."

Not surprisingly, a survey of the Council's recent drkoop.com editorials suggests a rather corporate flavor -- typical examples include "Genetically Modified, Unwarranted Fear," and "To Keep Meat Safe, Irradiate!," two pieces that must have warmed the hearts of the directors at Monsanto and the American Meat Institute, respectively. Another article entitled "Colorado Board of Education Practices Medicine -- Poorly," excoriated the board for its decision to discourage teachers from recommending that parents put their kids on psychoactive drugs such as Ritalin, which many educators and therapists feel is being overprescribed (between three and six million kids currently take the drug to treat attention deficit disorder).

"If we ever determine that they're doing a story that is compromised by their source of funding, we won't print it," drkoop.com's chief operating officer, Dennis Upah, told the Chronicle, when we asked about drkoop's connection to the American Council on Science and Health. Thus far, Upah says, that has not happened. "I think if you look at the credentials of the scientists on their board, I think you would have a hard time finding anyone that would say that those scientists would be willing to sell their objectivity and shill for anyone."

For that purpose, presumably, the Council relies on board member Lorraine Thelian, of Ketchum Public Communications (one of the largest PR firms in the country, with dozens of corporate clients). In fact, the Council does no research of its own, specializing instead in orchestrating media assaults on scientists and activists who take positions contrary to the Council's corporate interests.

Upah contends that the Council takes as many swipes at industry as it does at activists. But the Council's Web site indicates otherwise: A comprehensive list of press releases from the last 10 years reads like, well, a public relations firm dossier, debunking everything from global warming to the hysterical notion that junk food is bad for you.

The one exception is tobacco. As PR Watch has reported, ACSH executive director Elizabeth Whelan was one of the first conservatives to jump on board with Koop when he went after tobacco in the Eighties. The two cemented a lasting friendship doing battle against the cigarette villains. And according to Dennis Upah, it's not going to end any time soon, no matter what the food terrorists at The New York Times say. The Council's "Tackling Tobacco" project, incidentally, is funded by Nicorette gum.