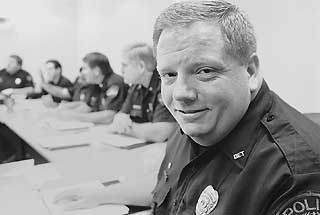 Does Austin need civilian review of the Austin Police Department Internal Affairs investigations? That's the question that a City Council-appointed focus group has pondered for the past seven months. Now, less than two months before their recommendations are due to go to council, the group has laid out a proposal to create a civilian review process that would require the city to hire an independent auditor to monitor Internal Affairs investigations. Additionally, some members of the group -- made up of police officers, community activists, and a former mayor -- believe a citizens' review panel should have the capacity to monitor police investigations.

The working theory is that if an Internal Affairs investigation were not handled to the satisfaction of the citizen filing the complaint, that citizen would have the opportunity to appeal the decision to the review board, which would decide whether further investigation was necessary.

While some members of the focus group, such as Ann del Llano of the Austin Sunshine Project for Police Accountability, favor a civilian board which would have the power to reopen and conduct investigations of civilian complaints independent of the police department, other focus group members believe such a system would undermine the police chief's authority. "I think anything that takes away the ability of the chief to make decisions on how to run the department and gives that power to an ad hoc committee of citizens is ludicrous," said APD detective Mike Sheffield, a focus group member and president of the Austin Police Association. "The citizens should have a place to go when they're not happy with the outcome of the IA investigation. But the citizens [board] should be strictly advisory, and give the auditor a sense of the community. They should not take on the role of a citizens tribunal."

By the end of the meeting, the group decided to postpone a decision on the specific role of a citizens oversight board, but Sheffield, in his capacity as the union president, suggested that the focus group participate in the upcoming contract negotiations between the APA and city management. The so-called meet-and-confer process is where the city and the APA will formulate ground rules for the creation of an oversight board. "The [focus group] could be involved with that process and sit with city management. We have no problem with that," Sheffield said. The APA president's suggestion was important because it offers a way for the group to further understand -- and possibly influence -- APD policy.

On Wednesday, City Manager Jesus Garza said he still needs time to consider the suggestion. "This would be contrary to the meet-and-confer process we've used in the past," he said. "I've got to do some more thinking, but I'm neither positive or negative. I'm neutral."

But even with the adoption of this recommendation, some members of the focus group remain unconvinced of the need for civilian oversight. "Somehow, and it didn't take long, [the group went] from do we need [oversight] to what kind. They haven't established the need for this and that worries me," said former Austin mayor and focus group member Roy Butler. Some members feel that if APD strengthened its other internal controls -- by putting more supervising officers on the street and beefing up its own mediation program, for example -- the need for oversight might disappear.

Sheffield and Butler said the focus group should incorporate such suggestions in their recommendations to the City Council. Butler pointed out that the addition of just one office for a police auditor would likely cost city taxpayers nearly $500,000 annually, based on the example set by the police auditor officer in San Jose, Calif. -- an amount Butler said was not justified by the amount of relief for complainants it would provide. But del Llano countered that the cost would be worth it, especially when use-of-force issues come up. "Every once in a while we have these killings that don't look good," she said. "We need to be able to look at this and say, did you really need to kill this guy?"