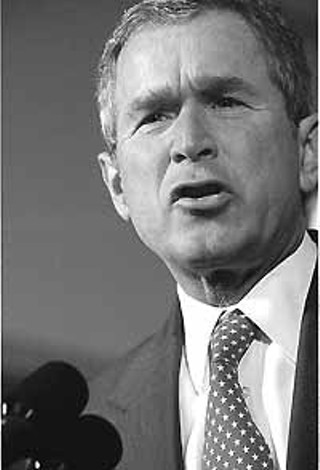 1. Bush runs for president. When Gov. George W. Bush finally announced in March that he was indeed running for president, no one was surprised. But the governor's decision has made Austin a key stop for politicos and journalists. And his formidable campaign machine is spending a good part of the millions he has raised right here in Austin. Bush's candidacy has also split Austin into two distinct camps: those who are angling for a job or an invitation to the Bush White House, and those who aren't.

2. Bob Bullock dies. He drove too fast, drank too much, loved too hard, and married too often -- a terrible recipe for a modern politician. But somehow, the former lieutenant governor made it work. Through hard work, intimidation, and guile he became the most powerful man in the state. By conferring his approval on Bush, he helped give Bush the momentum he needed to deal with the Texas Legislature and run for the White House. He never lost an election during a career that lasted over 40 years. Always quotable, his best line came in the early 1970s shortly after doctors removed half of his right lung: "I'd like just one cigarette," Bullock told reporters, "sixty miles long and thick as a garden hose."

3. Lacresha Murray conviction overturned. This case brought national attention to Austin and more than a little disrepute to Travis County District Attorney Ronnie Earle. In April, the Third Court of Appeals overturned the conviction of Murray, who was sent to jail in 1996 for the death of two-year-old Jayla Belton. Now that Murray is free, Earle and his prosecutors are red-faced and their hangover is certain to last a long while.

4. Yogurt shop murder suspects arrested, indicted. Nine years after one of the most grisly murders in the city's history, Austin police finally announced the arrests of four suspects, who now are awaiting trial. Although no trial dates have been set, the media coverage of this story will be huge during 2000. 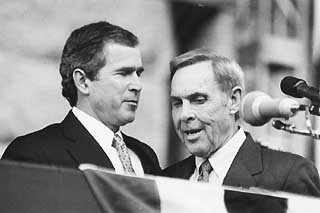 5. Lance Armstrong wins the tour. Ten years from now, few people will remember the political machinations or the high profile crime stories of 1999. But Lance Armstrong's victory over cancer and his complete domination of the Tour de France will endure. The Legend of Lance will be told over and over and his victory will be compared to such other amazing athletic feats as the last second shots by Michael Jordan, the game-ending home runs by Kirk Gibson and Bill Mazeroski, and the knockouts by Muhammad Ali.

6. Suspects in Murder of Madalyn Murray O'Hair arrested, indicted. She may be dead, but she hasn't been forgotten. And now two of the men suspected of killing her are in jail. Last March, David Roland Waters and Gary Paul Karr were both arrested by federal authorities on weapons charges. In August, Waters was sentenced to federal prison on the weapons violations. In December, Karr was charged with kidnapping Madalyn, her son Jon Garth Murray, and her granddaughter Robin Murray-O'Hair. Karr will be tried in Austin soon. Waters still hasn't been charged with any crimes related to the O'Hairs, but the feds believe he and Karr "planned and executed the scheme to abduct, kidnap and murder" the three atheists.

7. EPA threatens non-attainment for Austin. As if Austin's growth weren't already causing enough headaches, the city's air quality has deteriorated so much that the EPA will soon declare the city a non-attainment area. That could mean dramatic changes for the city, including mandatory car pooling and other measures. If the city can't clean up the air, it could also lose federal highway funding.

8. Light rail lurches forward. After years of discussion, Capital Metro put forward a light rail proposal that will connect north central Austin with downtown. Cap Metro's proposal will cost more than $700 million and won't provide service to South Austin. The agency hasn't scheduled a vote yet, but expect this issue to loom large in 2000.

9. Waco makes a comeback. The flames that consumed the Branch Davidian compound in Waco went out long ago, but the heat created by the incident continues to haunt the FBI, the ATF, and the Justice Department. Last summer, the Texas Rangers found evidence that pyrotechnic devices were used during the final hours of the siege. In addition, experts hired by lawyers who are suing the government on behalf of the Davidians claimed that infrared videotape shot by the FBI shows that federal authorities were shooting at occupants of the Mt. Carmel compound as it burned. Now, Attorney General Janet Reno has appointed former U.S. Sen. John Danforth to investigate the Waco fiasco.

10. Longhorn pipeline controversy blazes. Texas has lots of pipelines, but none have caused more controversy in recent years than the one bought by Longhorn Partners. The company wants to pump refined oil products westward through the pipeline, which used to carry crude oil eastward. They want to pump some 72,000 barrels of product per day through the line, which traverses the Colorado River and the Edwards Aquifer. The LCRA and local environmentalists say a pipeline rupture could ruin local water supplies. Supporters say shipping gasoline through the line is safer than trucking it. A hearing is set for 6pm, Jan. 10, at the City Coliseum.