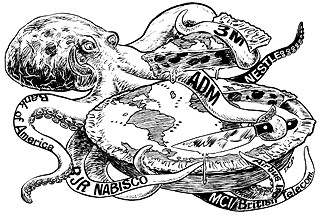 If the turnout at a recent "Corporate Globalization" forum here in Austin was any indication, the arcane workings of U.S. international trade policy are fast becoming public concern. Over 200 attendees poured through the doors of the Oct. 18 forum, sponsored by the newly formed Coalition for Fair Trade. Participants lined the walls and carpeted the floor, eager to learn about such seemingly dry and remote subjects as the World Trade Organization (WTO), the Multilateral Agreement on Investment (MAI), and other obtuse acronyms. In March 1998, a forum in Austin on the MAI, a controversial international investors' rights agreement that would give corporations the power to sue national governments, couldn't fill the seats. Less than 18 months later, attendees of the "Corporate Globalization" forum who couldn't find a seat or standing room crowded outside the door during a rare Austin cold snap, earnestly trying to hear the speakers.

So why all the concern, and why now?

Next week, the WTO, one of the most powerful and least understood organizations in the world, is holding its third Ministerial Meeting (also known as the "Seattle Round" or the "Millennium Round") in Seattle. This is the first time the WTO has held a meeting on U.S. soil. Over 5,000 delegates from 134 countries will come to Seattle to negotiate a number of new trade agreements which could have far-reaching consequences for the environment and the lives of average citizens. Waiting for the delegates will be thousands of protesters from all over the world -- conservative estimates predict more than 50,000 -- expressing their opposition to an organization they claim is inherently undemocratic and beholden to the short-term profits of corporations.

The WTO was created in 1995 as a successor to the General Agreement on Tariffs and Trade (GATT). Currently, 134 countries are members. Member nations agree to conform their laws and regulations with WTO rules. The primary purpose of the organization is to eventually eliminate all barriers to the free movement of goods and capital across national borders. Proponents claim that if barriers are removed, the global market will regulate itself -- without government intervention -- with positive outcomes for all. Because there will be no barriers to trade, all countries will get richer by exporting more.

But just what are these barriers? And who wants them eliminated? The innocuous sounding phrase "trade barriers" can mean democratically won environmental laws, public safety regulations, consumer protections, wage laws such as the minimum wage, and restrictions on development, among other things. And the goal at the Seattle meeting will be to expand the definition of trade barriers even further.

According to Jim Hightower, who spoke at the recent forum in Austin and will be airing his populist Hightower Radio show during all five days of the Seattle meeting, the implications are nothing short of who will ultimately control the world and its resources. "This issue is not about business; it's not about trade," said Hightower. "It's about the fundamentals of our lives, about who is gonna have power in this country and around the world, whether people are going to rule or these creatures called corporations are going to be our sovereigns."

"It's not hard to point out benefits to international trade and ways our countries need to cooperate more efficiently," said James Scott of Texas Public Citizen. "But [the WTO's] tactic is to push though this specific agenda -- push it through quickly, in secret, assuming an uniformed public -- and then get George Bush and Al Gore holding hands on it saying, "look, everybody agrees.'"

Under the WTO Dispute Settlement Process, member countries can challenge laws passed by national or subnational governments (like U.S. states, counties, or cities) on the grounds that they put up barriers to trade. A panel of three non-elected trade bureaucrats operating behind closed doors makes the final decision. The documents, hearings, and briefs are confidential, and decisions cannot be appealed. Although challenges are brought by one country against another, it is usually through the prompting of transnational corporations. Once a ruling is decided, the losing party must change the law in question or face perpetual fines and sanctions.

One of the agenda items at the Seattle meeting is to include MAI rules under the WTO, which would give corporations the right to sue governments themselves, bypassing the current path of getting their own government to sue on their behalf. It would also give corporations the right to establish investments wherever they please without undue restrictions. Originally, the MAI was being negotiated for two years in secret at a Paris-based think tank, the Organization for Economic Cooperation and Development (OECD). It wasn't until 1997, when a draft copy of the agreement was leaked by French activists and distributed on the Internet, that the public or even members of our Congress first learned of it. Once the agreement was out in the open, massive public outcry forced the negotiators -- mostly representatives from the world's wealthiest countries -- to give up. Now the item is back on the agenda in Seattle.

According to Jere Locke, of the recently formed Texas Network for Economic Democracy (TNED), his group had a lawyer look over the proposed MAI to see if the city's SOS ordinance protecting the Barton Springs Recharge Zone could be compromised. Locke said it was determined that if a foreign corporation owned land over the aquifer and wanted to develop it, the company could sue the city under the MAI (or MAI-type rules under the WTO) claiming the ordinance "expropriated" the corporation's investment. In simple terms, expropriation means it took away their chance to make a profit.

"They're making these decisions in secrecy, usually in a different country, and our own city doesn't even get to defend itself," said Public Citizen's Scott. "We'd have a U.S. Trade Representative defending our law, and what kind of job will they do?"

Every public health and environmental law challenged under the WTO has lost. Portions of the U.S. Clean Air Act were weakened when Venezuela, on behalf of the country's oil industry, challenged a provision of the act requiring cleaner gas. Prompted by the U.S. cattle industry, the U.S. disputed a European Union (EU) ban on the sale of hormone-treated beef and won. Now the EU must open its doors to a product EU citizens explicitly said they didn't want.

The North America Free Trade Agreement (NAFTA) has served as a model for the WTO and the MAI. So how is NAFTA doing? Contrary to the Clinton administration's promises, NAFTA has not created 200,000 new jobs per year, raised wages in Mexico, nurtured environmental clean-up along the border, or created a large trade surplus with Mexico. In fact, according to a December 1998 Public Citizen study, just the opposite is true. The number of high-paying manufacturing jobs actually has declined as U.S. corporations move to Mexico and pay Mexican workers a pittance, the study states. Additionally, Mexican wages have plummeted, three U.S.-based corporations are suing under NAFTA for the right to open up hazardous waste disposals, and we have the highest trade deficit with Mexico ever.

And although citizen concern is growing, most Americans still know little or nothing about the WTO or its related issues. "We, the American people, are pretty much the last to know," Hightower said. "For other folks around the world, the WTO, MAI, NAFTA, IMF, etc., are at the center of major political discussion. We have a phenomenon in this country where we're entering the 2000 presidential elections and the candidates of both political parties will not address these issues. And if they do, you won't be hearing any of them getting into conflict."

But the Seattle WTO meeting has created an opportunity for grassroots organizations across the U.S. to inform the public. More than 1,200 nongovernmental organizations from 85 countries have signed a statement calling for a moratorium on raising new issues or negotiations at the WTO. Protests are being planned in cities all over the world.

In Texas, numerous groups from across the state have joined together to create the Texas Network for Economic Democracy, which includes the Coalition for Justice in the Maquiladoras, Public Citizen, the Green Party, and the Alliance for Democracy, among others. "There's so many of these: MAI, WTO, NAFTA. All of these kinds of issues are connected, but we keep fighting them piecemeal," Scott said. "We wanted to create an organization that could get a handle on the big picture."

The Coalition for Fair Trade, which includes Public Citizen, the Alliance for Democracy, the Travis County Green Party, the Sierra Club, and the Austin Peace and Justice Coalition, is planning a "Just Say "No' to the WTO" day of action in Austin on Nov. 30. The event already is endorsed by more than 25 organizations and will include a rally and march at the Capitol. Rallies and press conferences are also planned in Houston and Dallas. Scott said the Seattle meeting is building the momentum. "This issue is catching fire. We need to keep fanning the embers and keep up the pressure."

Business groups are starting to get nervous. A coalition of over 200 business organizations, including the U.S. Chamber of Commerce and the Business Roundtable, are planning a full-scale public relations campaign championing the benefits of free trade.

But it's not just NGOs that are concerned about these agreements. On Nov. 4, the Austin City Council joined a handful of other U.S. and Canadian cities in unanimously passing a resolution opposing those provisions of the WTO and MAI that would undermine the city's authority (see box below).

Even King County, which includes the city of Seattle, took a swipe at the WTO by heavily amending a simple motion meant to welcome the WTO to Seattle. The motion now declares that "trade laws should be used to empower workers [and] consumers, protect the environment, reinforce sovereignty and foster sustainable, broad-based economic development." It goes on to say that a global economy that fails to protect these rights "is a global economy that will not work."

In an Oct. 14 press conference on the WTO, Clinton said, "I'm sympathetic with all these negative feelings. But one of the things that spawns these kinds of negative feelings is, these folks feel like they've been shut out. They think the WTO is some rich guys' club where people get in and talk in funny language, and use words nobody understands, and make a bunch of rules that help the people that already have and stick it to the have-nots. That's what they think."

For a schedule of anti-WTO events in Texas, contact Texas Public Citizen at 477-1155.