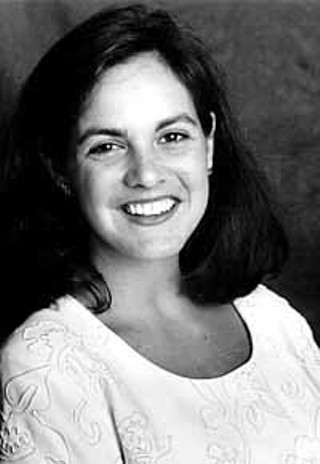 A long, long time ago -- about 11 months -- as City Hall busied itself with getting Computer Sciences Corp. into downtown, Mayor Kirk Watson proclaimed that CSC was the anchor of an incipient "Digital Downtown District." Last week, the Downtown Austin Alliance heard from a pro about how it can entice high technology into the city center.

Sharon Greenberger, a vice president of the Alliance for Downtown New York and creator of that group's Information Technology District program, came to Austin to visit -- both one-on-one and over the banquet table -- with downtown power brokers awed by the stunning revitalization of Lower Manhattan. (For the uninitiated, "Downtown" New York is where Wall Street is; "Midtown" Manhattan, where the big media companies are, is a separate business district.)

When the ADNY -- a business improvement district supported by assessments on property owners, just like the DAA -- was created in 1995, Lower Manhattan, decimated by the stock market crash and later recession, had a 20% commercial vacancy rate. This meant that all of today's downtown Austin could have fit into the empty space in downtown New York. In just four years, however, the area has turned around profoundly, helped by the ITD -- a marketing and brokering program that spawned "Silicon Alley," a concentration of more than 700 tech firms in the formerly dull, bank-driven business district.

The two biggest endeavors of the ITD -- a new technology center in the old Drexel Burnham (junk-bond kings of the Eighties) building, and the Plug-n-Go program, which matches emerging tech companies with Internet-retrofitted office space -- are unlikely to be repeated in today's Austin, where downtown vacancy rates are negligible and many buildings are already equipped with all mod tech conveniences. But the larger purpose of the ITD -- to turn Lower Manhattan into a hip, cutting-edge, 24/7 neighborhood -- is one the DAA, or at least some of its members, have been chasing for years.

To that end, Greenberger emphasized the sorts of value-added services essential to getting tech into Silicon Alley -- from providing bike rooms for commuters, to offering networking and business development services to tech firms, to arm-twisting the local phone companies to provide good and affordable broadband service, to persuading landlords to lease to high-growth but low-capital startups, to redesigning ugly 1960s interiors for more casual and style-conscious tenants. This advice, safe to say, is stuff Austin could stand to hear.

Greenberger took special note of the potential for integration between the Austin entertainment and technology scenes -- notably lacking, from her perspective. (This is understandable, given that so much of Austin's small high-tech is the offshoot of big high-tech, while in New York the Silicon Alley firms are often offshoots of the media industries.) This also makes sense to the DAA, which has been promoting the CSC-anchored Warehouse District as an "Arts and Technology District." But don't give up on that "3D" name just yet, she says. "Brand appeal and marketing is incredibly important," she says. "A catchy name like 3D makes it a lot easier."