It's been a tumultuous week for the Texas Funeral Service Commission. On Monday, Travis County District Court Judge John Dietz ruled that Gov. George W. Bush won't have to testify in Eliza May's whistle-blower lawsuit against the agency. On Tuesday, the old TFSC board was dismissed. On Wednesday, the new board, headed by Austin lawyer Harry Whittington, took over the struggling agency. The moves are the latest developments in the ongoing drama surrounding the funeral regulatory agency. And while the new board should bring some stability to the tiny agency, the biggest development in the funeral scandal came when Dietz, a Democrat, ruled that lawyers for May, the former executive director of the TFSC, did not prove that Bush has "unique and superior knowledge" of the facts in the case. The ruling came after an all-day hearing rich in hyperbole.

Texas Attorney General John Cornyn, who appeared in court on the governor's behalf, told the court during his opening argument that "the eyes of the world are on Texas and this court to see if Texas believes in frontier justice or in the rule of law."

Cornyn explained that his rather unusual appearance in the courtroom was motivated by his desire to "defend an important principle." He said the state of Texas is sued about 10 times a day and that if Bush were required to testify in the lawsuit brought by May, "then this governor and future governors will have little time to do anything else."

After hearing testimony from three witnesses -- May, SCI attorney Johnnie B. Rogers Sr., and SCI spokesman and political operative Bill Miller -- Dietz ruled against May's efforts to get Bush's testimony. He cited Texas case law which requires that before plaintiffs are allowed to depose heads of corporations and other entities, they must show that person has information that is not available from other, lower-ranking people in the company. Cornyn argued that the same, or higher, standard should apply to the governor. Dietz agreed.

Dietz's ruling is the latest development in the whistle-blower lawsuit filed six months ago by May, a former treasurer of the Texas Democratic Party. May sued the state, Houston-based SCI, and SCI's CEO Robert Waltrip, alleging that she was fired after she and other agency employees found numerous violations of state law by the company's funeral homes. As a result of the investigations done by May, the agency recommended that SCI be fined $445,000. So far, the company has not been required to pay the fine. 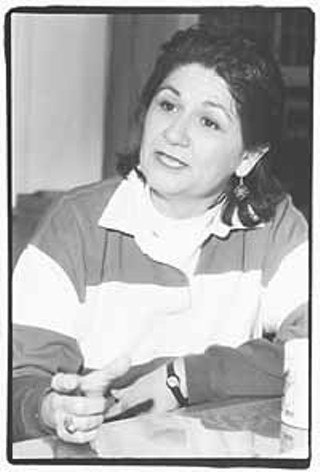 May, who was fired by the TFSC's board in February, claims that state legislators and Bush's office interfered with her agency's investigation in order to help SCI, the world's largest funeral company. Waltrip is a longtime friend of the Bush family and has contributed at least $45,000 to Bush's political campaigns; CNN reported recently that Waltrip and his associates have contributed nearly $62,000 to Bush's campaign.

The ruling was a big win for Bush, who has called May's lawsuit "frivolous." The state and SCI deny that May was fired for political reasons. And during the hearing, the attorney general's office released affidavits from five TFSC commissioners, all of which said that May was terminated because they had lost confidence in her. The affidavits deny any political motivation. They also claim May failed to collect licensing fees, failed to properly supervise employees, and had "a general lack of accountability."

As he was leaving the courthouse, Cornyn told a large group of reporters that May's efforts to depose Bush were "not about a search for the truth," and "could have something to do with the fact that he's running for president." Cornyn added that there are "50 other people" who know more about the case than Bush, and that it is "unlikely that the governor will ever be deposed" in May's lawsuit.

Lawyers for May said they have not decided if they will appeal Dietz's ruling. But they added that the lawsuit will go forward and that depositions of Bush's staff members will be held soon. Charles Herring Jr., a lawyer for May, said that the judge "wants us to seek evidence from others and that includes [Bush campaign manager] Joe Allbaugh and [general counsel] Margaret Wilson. We will be doing that and then we'll be back." The lawyers also said they will continue to seek documents from the governor's office regarding the agency and its investigation. May's other lawyer, Derek Howard, denied a political motive in their efforts to get Bush's testimony. "This is not about "getting' Governor Bush," said Howard, who added that their motion to find Bush in contempt of court has not yet been heard by the court. May's lawyers allege that Bush did not tell the truth when he filed an affidavit earlier this month saying that he has "had no conversations with SCI officials, agents, or representatives" about the state's investigation into the funeral home giant. Since that time, Bush's statement has been contradicted several times. No hearing has been set for that motion.

While much of the focus this week was on the courthouse, both the outgoing and incoming chairmen of the TFSC spoke to the Chronicle about the difficulties of the job. On Tuesday, former chairman Dick McNeil, a funeral director from Fort Worth, expressed frustration with his tenure at the agency. "I'm very disappointed," he said. "We thought we had the support of the Legislature. The only thing I ever hoped we could do is uphold the law." Speaking about his agency's efforts to assess fines against SCI, McNeil said, "We didn't do anything outside of the law. We were attempting to enforce the law and we got squished like a bug. They have the money, they have the power, and they have friends in the Legislature."

Meanwhile, new board chair Whittingon, 72, said he has followed the SCI controversy in the newspaper. And he admits that he did not jump at the chance when he was first contacted by Bush's office two or three weeks ago. Before he accepted the board chairmanship, Whittington said, he studied the recent changes in the law made by the Legislature. He said the new law passed by the Texas Legislature to overhaul the agency indicates to him that "there's an effort to make it more consumer-oriented."

Four of the six members of the TFSC board will be members of the public. The two other members will be industry members who hold both embalming and funeral director licenses. The appointment of Whittington appears to be a good move. A well-respected lawyer, Whittington has served on other controversial state positions in the past, including a stint on the Board of Corrections, the precursor to the Board of Criminal Justice, which oversees the state's prison system. During his stint on that board, from 1979-1985, Whittington dealt with a number of difficult issues, including the Ruiz lawsuit, which forced the Texas prison system to institute a series of reforms and improve prison conditions. Whittington also served six years on the Texas Public Finance Authority, to which he was appointed by former Gov. Bill Clements.

Whittington said his motivation for taking the job comes both from his age and his desire to serve the public. "I know it's a challenge," he said. "But we have 150,000 people dying every year in Texas. That's a lot of funerals, and my generation is getting closer to them every day. It's a big part of our lives that needs to be dealt with."