Where, Oh, Where Are the Murray O'hairs?

Tweet
print
write a letter
1. All of them are dead. 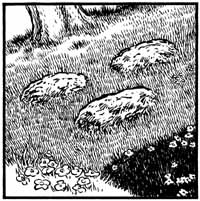 Very few people who disappear are able to stay gone for more than a few months. And given the publicity in the case, and the fact that all three of them had been on television, it's unlikely that they could simply relocate and not be recognized. Still, there is no evidence to prove that the three are dead, and if they were killed, who did it? What was the motive? If the motive was robbery, why haven't the gold coins turned up? And there's another problem: If the Murray O'Hairs were murdered, the killer -- or killers -- would have had to kidnap them, kill them, and dispose of the bodies without anyone ever finding out about it. Still, kidnapping could fit in with the robbery motive. In addition to the gold coins, a number of Robin and Jon's credit cards were used for cash withdrawals in the days before they disappeared.

Despite the lack of physical evidence, the people who have spent the most time investigating the case believe they are dead.

2. They're alive and living in Mexico or some other third world country. 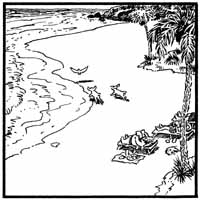 Being an American anti-hero can't be much fun. The Murray O'Hairs didn't have many friends. The IRS was after them. The idea of skipping town with a suitcase full of cash must have had appeal. The bank accounts in New Zealand show they had skill at hiding assets. So it's plausible that they had a sizable chunk of money in another location -- like Panama, the Grand Caymans, the Isle of Man, or some other country with banking secrecy laws. Large amounts of cash can buy privacy. Perhaps they are adrift on a yacht or in a luxury compound on some warm beach, reading news clips about their disappearance and laughing all the while.

But there are problems with this theory. If the trio are alive, how come no one has seen them? How could three Americans, presumably with a lot of money, be able to escape scrutiny? Also, they left their passports in Austin. More importantly, if they are in hiding, how are they paying for it? The only money that is certain to have gone with them is the $500,000 in gold coins, and that's not enough money to support three people for a long period of time -- particularly three people who are accustomed to eating in nice restaurants and shopping in upscale stores. Jon and Madalyn both drove Mercedes. Robin drove a Porsche. It's implausible that the three would drop their luxury lifestyle and adapt to beansand tortillas. And if they were skipping town, why haven't they touched the $150,000 in Jon's New Zealand bank accounts? Along that same line, why didn't they take the $23,700 they had in a checking account at Frost Bank in San Antonio?

Unless they had stashed several million dollars overseas, this theory doesn't add up. 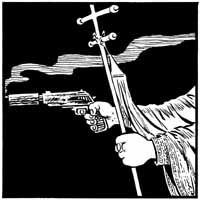 This theory, perhaps jokingly, was floated by Arnold Via, an atheist and close friend of Madalyn's. In 1996, he told the Express-News, "Off the wall, I claim the Vatican did it -- the Vatican or the CIA. Someone with enough clout to cover it up." Yes, well. Perhaps. The CIA has sponsored hit squads in the past. But why would they target Madalyn? As for Pope John Paul II, he seems a bit infirm to be plotting the death of an atheist.

4. Madalyn Died. Jon and Robin disposed of her body and took off. 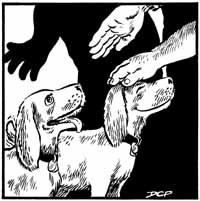 This theory isn't as sexy as the others, but it's plausible. Jon and Robin had known for years that Madalyn wasn't going to live forever, so they began stashing money overseas. When Madalyn, a diabetic with a heart condition, took a turn for the worse, Jon and Robin put their plan to work. Not wanting to call attention to her, or as Madalyn had feared, having some "damn Christer praying over the body," they made a quick move to get rid of her and themselves.

This theory makes sense if you consider the dogs. When the three left Austin in August of 1995, they left their cherished dogs at Griffith Small Animal Hospital in northwest Austin. In mid-December, two of the dogs, cocker spaniels named Gannon and Shannon, owned by Jon and Robin, disappeared from a locked, fenced enclosure behind the Atheist General Headquarters. Madalyn's dog, a terrier named Gallagher, was left behind. Jon and Robin could change identities and hide themselves far more easily if they didn't have to tote Madalyn around. So they dumped her body and hid out in Mexico for a little while. A few months later, one or both of them came back to Austin, collected the dogs, and headed south again.