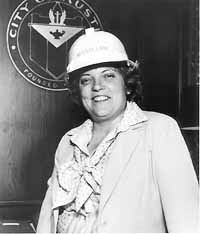 In September of 1990, Carole Keeton Rylander got lots of press coverage when she launched the "Ann Watch." Rylander was the campaign co-chair for Republican gubernatorial candidate Clayton Williams, whose opponent was Democratic state treasurer Ann Richards. Complaining that Richards was "campaigning for higher office at the same time she's milking the taxpayers for $74,698 a year for a job she is not doing," Rylander called a press conference and repeatedly asked, "Where's Ann?" She then led a handful of Republicans in a march from the Capitol to the Treasury office.

Today, the more pertinent question is: "Where's Carole?" In search of an answer, this reporter made repeated trips to Rylander's office at the Texas Railroad Commission. Each time, Rylander's minions reported that she wasn't in the office. (For the record, Rylander currently makes $4,549 more per year than Richards was making as treasurer in 1990.) Herewith, an edited transcript of taped conversations with officials in Rylander's office during recent visits: