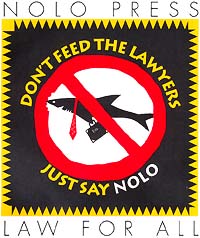 Powter, a syndicated host from Los Angeles, just had to go. The second her screechy, hyperactive voice came over the airwaves after KVET's All-News Morning, one could almost hear the sound of hands all over Austin reaching for the dial to change the channel. The woman is like Joan Rivers on speed, and god knows we didn't need the original, much less an imitator. The sad thing is, she was right on the mark in most of her opinions, and her emphasis on women's issues and female empowerment is badly needed on radio -- the problem was just her.

But is Blumberg the answer to her departure? Well, he could be, if he'll just find some direction -- and you may remember, lack of direction is what killed the late, lamented Reporters Roundtable that he hosted before KVET brought Powter in.

The problem is, Blumberg frequently comes on with apparently no real plan of attack -- he just sits around sounding grouchy, like he hasn't had his coffee yet, and talks about himself (like we want to hear about that). Again, you can hear those hands reaching for the dial. The last several days he has spent the first hour kvetching about why Clinton should resign. Hey, Eric, if you feel obliged to talk about Clinton/Lewinsky because everyone else in the media is, think again. Polls have shown that the public is sick of the media frenzy around the scandal. Heed them. Please, give us another topic.

And at times, he does. When Blumberg zeroes in on his specialty, local politics, he does a very solid job, and suddenly, the discussions become lively and interesting (again, echoes of the Roundtable). Last week's interviews with Texas Monthly publisher and EMS booster Mike Levy and Capital Metro board chairman Lee Walker provided a discussion of local issues that is all too rare on local airwaves, and much more sensible than that of John Doggett, KVET's conservative midday talk host.

Focus, Eric, focus. And keep it local, if possible. It's what you do best, and we can get the Lewinsky crap from CNN and MSNBC.

KOOP update:On Sunday, Sept. 20, the KOOP (91.7FM) membership continued the general meeting which it began in August. In this second part of the meeting, initiated by the anti-board of trustees faction calling itself Friends of KOOP (FoK), members selected an "oversight committee" to basically keep watch over the station. This committee does not replace the board of trustees, but will seek to do so if the trustees drive the station into financial ruin. Such a takeover would probably require a judge's order if the trustees refuse to step aside.

This requires some clarification for readers of this column: The Sept. 4 "Media Clips" mistakenly portrayed this meeting as a recall effort. Although that was the original intent of many members of FoK, those plans had to be scrapped when it was learned that no recall provisions exist in KOOP bylaws. The text of the resolution passed by the membership at part one of the meeting "authorizes that oversight committee to act as the transitional caretaker Board of Trustees of the organization, but only when and to the extent that the legal right of the membership to confer such authority through this meeting is recognized by a court of competent jurisdiction."

So now the plan is to root out the trustees through the methods stipulated in the bylaws: by electing new, less reactionary candidates to the community board, the body which in turn elects the board of trustees. Ballots for the community board election will be mailed to all KOOP members on Sept. 28. KOOP will broadcast a candidate forum on Sat., Oct. 3, from 2-5pm. Ballots will be due back by Oct. 23, and results will be announced on Oct. 27.

For more detailed information about Friends of KOOP and their grievances against the board of trustees, go to http://pobox.com/bluejay/savekoop/. For general information on KOOP radio and to get the trustees' version of the situation, go to http://www.koop.org/.

While we're on the topic, here's the latest rant against the Chronicle from trustee Mac McKaskle on his Queer Waves show (which, by the way, he announced he is leaving), in response to criticism of him by this column and editor Louis Black:

It seems Louis and the boys wanted Jose [Orta] to authorize the use of AIDS funding to protect his friends. Not only is this as low as you can get, to think of stealing AIDS funding, but the folks over at the Chronicle did not say what they really wanted the money spent for -- that is, to pay for the large fines that Louis' friends have got KOOP from the IRS. Mr. Black, of course, has editorialized that he wants to take over KOOP radio to keep it out of the hands of the disenfranchised, as he calls those people like gays and lesbians who are not allowed space on other radios [sic] in Austin.

To read what was actually written in the Chronicle, see "Page Two" from July 17 and "Media Clips" from that issue, Aug. 21, and Sept. 18. You can find all of these articles at http://www.auschron.com/issues/. Good riddance, McKaskle. Your "-ism"-baiting and paranoia won't be missed on Austin radio.

Down With Web Polls

We hope that the recent flap over an Austin American-Statesman Web poll will encourage the daily (and other media outlets) to consider an alternative to such polls -- not using them.

As reported in the Chronicle's "Naked City" column of Sept. 11, Rick Jacobi, executive director of the agency in charge of building the Sierra Blanca nuclear waste dump, sent out an e-mail to a group of nuclear industry professionals, encouraging them to vote yes on a Statesman Web poll asking, "Should nuclear waste be stored near Sierra Blanca?" Another nuclear industry pro answered Jacobi's e-mail by saying that in a similar phone poll in California, allies of a nuclear plant "would hit redial and vote a hundred times or more to keep the plant open," and, "I voted 10 times already and plan to vote some more."

Seeing as that such Web and phone polls are completely unscientific, what is the point of doing them at all? They only create an impression of public opinion that may or may not have any relation to reality. Ultimately, they amount to nothing more than pseudo-journalism.

Changes in the Austin Media Scene

Jim Ellinger, longtime PR guru for Austin Community Access Center (and Chronicle radio columnist many moons ago) has surprised many by jumping ship and taking a position at the newly privatized Austin Music Network.