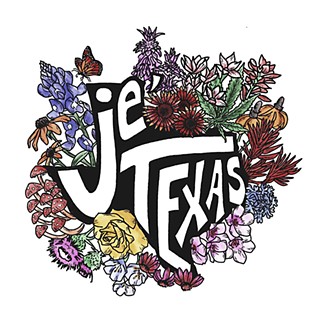 "Rise and shine," proclaims the intro of the self-titled debut LP by je'Texas, which very well could have been recorded in the late Sixties and overlooked by record executives who hadn't taken quite enough acid yet. The Austin trio – consisting of Damien Llanes (drums), Gian Ortiz (bass), and Dylan Bishop (guitar/vocals) – formed just before COVID-19 and spent the downtime recording this 10-track, all-analog album in their South Austin home studio. The entire package flows smoothly on astonishing musicianship. With notes of blues and psychedelia, je'Texas' signature sound establishes around Bishop's style of slow string bending. The guitarist plays in the space between notes, stretching the ear and seemingly slowing time, only to be carried back to the groove by Llanes and Ortiz.

Album singles include "California Sun," a 12-string sitar-churned surf rock number, and "Miss May." The latter chorus sings, "Looking in your eyes takes me back in time to 1969," and sounds as if they're singing about last summer. "On My Way" starts with a vibey, solo guitar intro followed by choir vocals, and dissolves into delay-soaked guitar before some of the most melodic vocals on the album. Later, "Hambone" offers a bending, syncopated funk-jam with a Bo Diddley beat, while "Good Days" breaks down into a half-time outro – repeating the chorus, "Don't take your love from me, baby," into a dreamlike trance and eventually fading out, only to be reprised at the end of the record. 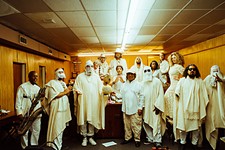 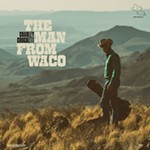 What We’re Listening to This Week
Charley Crockett, Flora & Fawna, the Black Angels, and more