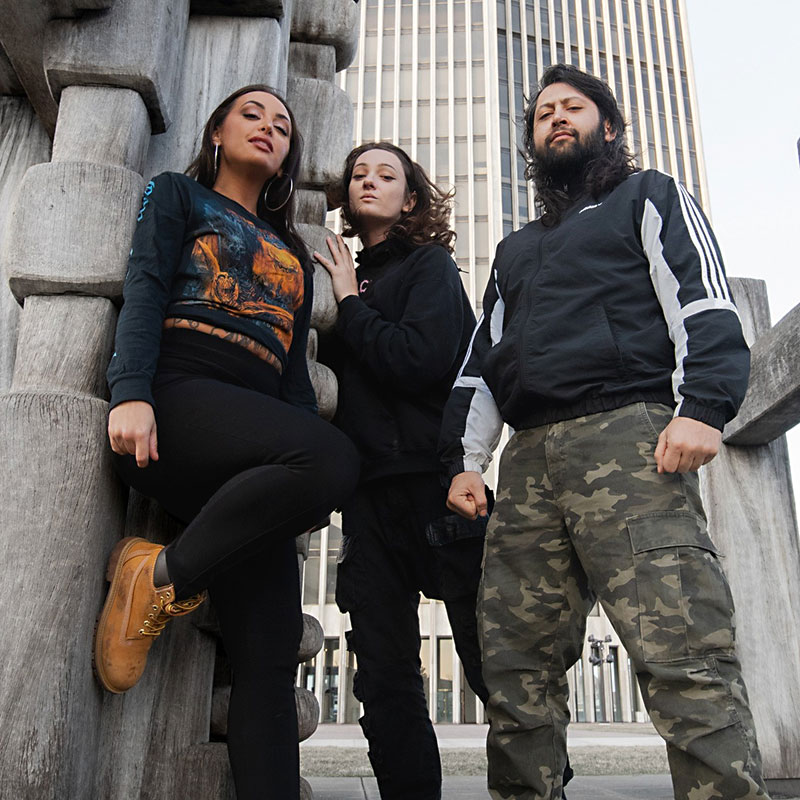 Only two seasons envelop Austin: summer and not summer. Unfailing and pointedly, the former ceases annually on the Monday after the second weekend of ACL Fest, which this year touched off a soggy, unseasonable chill that dampened Thanksgiving. Dueling metal bills 48 hours apart now descend winter on the Lone Star seat of unkind mind grind.


Nobody's writing a better country hook in Austin today than Jonathan Terrell. Since 2020's Westward, the troubadour's tireless touring has included a stint with Midland that polished his hard-hitting country ballads for bigger stages, and latest EP A Couple 2, 3... brings the songs to match – a natural storyteller having found his sound. Terrell returns to his White Horse home base with the breathy, suave honky-tonk of Whitney Rose riding 2020's sharp We Still Go to Rodeos and Lucas Hudgins' low, indelible croon opening the dance floor slinging "Them Little Thrills" after a decade away.  – Doug Freeman


Among the biggest, and definitely most-streamed, pop artists to rise out of Austin – Aledo, Texas-raised Sloan Struble skyrocketed after uploading 2018 debut Fuzzybrain during his first (and only) year studying advertising at UT-Austin. As Dayglow, the one-man positivity producer returns from international touring around third LP, People in Motion, for a Stubb's milestone. Rather than Ritt Momney on the first sold-out night, Day Two earns hometown guests. Dayglow band guitarist Colin Crawford offers his first-ever live performance as solo outlet Colin's Music, the only artist platformed on Struble's own Very Nice Records, after the choreo-integrating, dynamic pop presence of TC Superstar.  – Rachel Rascoe


Elvis warned us about a blue Christmas, but what about a blues one? Texas trifecta Carolyn Wonderland, Marcia Ball, and Shelley King blows through Austin for one of four Home for the Holidays performances across the state. The holiday-themed show features Christmas and cold weather classics, joining each of their interpretations on the genre: from Wonderland's blistering guitar to Ball's swampy Louisiana lilt to King's rootsy gospel vocals. Missing the performance at South Austin's 04 Center? Each of the women will also take the stage at the Armadillo Christmas Bazaar, Wonderland/King on Dec. 18 and Ball's Pianorama on Dec. 21.  – Abby Johnston


Three 6 Mafia's co-founder DJ Paul, alongside his late brother Lord Infamous and Juicy J, played an instrumental role in helping build the foundation of Memphis hip-hop. Paul and Juicy J share co-production credits on most of the collective's efforts, with horrorcore beginnings preceding mainstream success in the latter half of the group's career via tracks such as "Stay Fly" and "Poppin' My Collar." In recent years, Paul's helped produce records for Drake ("Talk Up"), the Game ("La La Land"), and Freddie Gibbs ("PYS"). Locals J Soulja and Shirt Off Fe provide opening support.  – Derek Udensi

The Nashville-born alternative pop singer belts with a fury akin to that of Demi Lovato on debut album, Loneliest B!tch in America. Austin's Primo the Alien opens. – Derek Udensi The pianist leads a triumvirate tributing Vince Guaraldi's soundtrack to "A Charlie Brown Christmas." Another session occurs Dec. 20, if you're a Christmas observer not quite in the uncontrollable-holiday-humming mood. – Derek Udensi