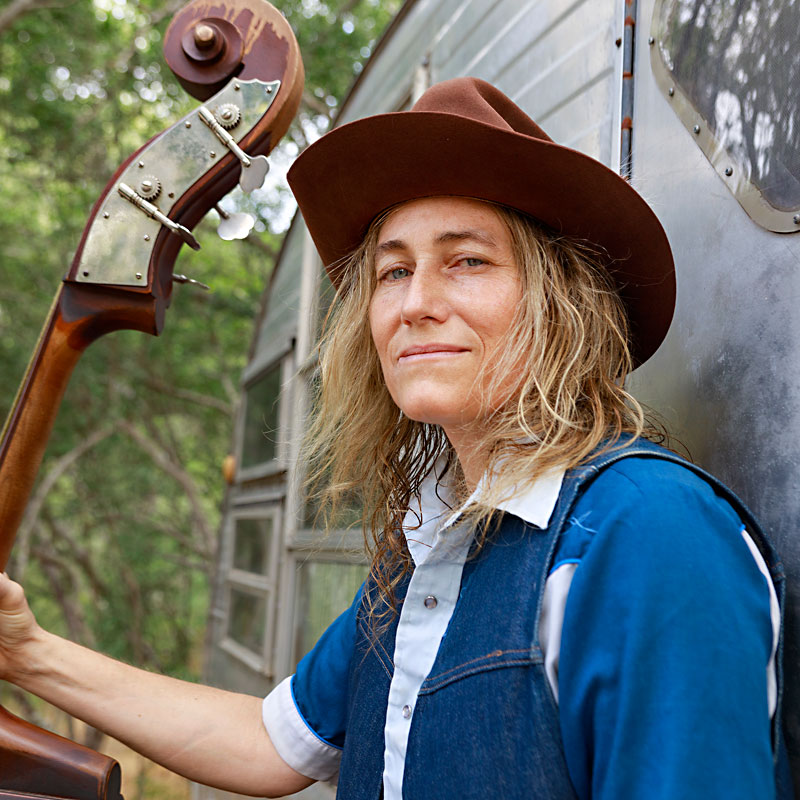 Melissa Carper's musical sensibilities span every inch of a boot-scuffed dance floor, from Western swing and tears-in-your-beer country to blues-touched balladry and occasional R&B finishes. Ramblin' Soul, her fourth release, unveiled November 18, comfortably and neatly encompasses that range, rolling a sampler of Americana styles into a polished record that sounds wholly her own. Picking up where 2021's Daddy's Country Gold left off, the new collection showcases a broader and bolder sound for the specialist in upright bass, which serves as the record's heartbeat.

If Daddy's Country Gold firmly established Carper as a solo artist outside of the Carper Family, Ramblin' Soul is a firm underline. The Nashville heavy hitters of her past LP are back, as Andrija Tokic and Dennis Crouch co-produced the new record, and a who's who of Nashville musicians fills out the compositions: Chris Scruggs, Lloyd Green, Billy Contreras, and Jeff Taylor. Despite her wallflower tendencies, Carper's effortless, genre-bending, and commanding-if-ethereal soprano – which earned her the nickname HillBillie Holiday – is the real star of the show.

Despite her ongoing ties to Music City, Carper returned to Austin, or just outside of it, in fall 2020 after a six-year break. We reap the benefits: A few days after she performs and signs Ramblin' Soul records at Waterloo, starting at 5pm, she'll take the stage at Stateside at Paramount next Friday, December 2.
– Abby Johnston


The "Queen of Austin Soul" relocated to Los Angeles earlier this year, seeking music industry opportunities beyond the live music capital. Lucky for her devoted Austin fans, she's back. Taméca Jones headlined the Continental Club last Saturday, a performance that marked her first musical appearance in town after a June headline at Antone's Nightclub, promoted as her last-ever local show. This weekend, a pop-up shop curated by Jones herself will allow attendees a chance to purchase some of her old show pieces, sequins, and furs.  – Derek Udensi


The last time Memphis-to-NYC transplant Bernell Jones II hit Monks, it was in support of his Supernov-a EP, which was set for release the next day. It must've gone well, as the young saxophonist's latest release is a two-song digital EP of cuts from that very performance. This show promises to be quite a bit different, however, as Jones eschews the electric piano that gave his prior songs their warm glow. He instead opts for a chordless quartet alongside trombonist Paul Deemer, bassist Sam Pankey, and drummer Daniel Dufour – local jazz hotshots all. Dive in and dig the versatility.  – Michael Toland


Ascendent 4AD indie star Bartees Strange is a formidably rangy talent, leveraging arena-ready bellows and whisper-nimble intimacies toward songs that map their emotional ups and downs onto a bevy of millennial-minded stylistic switch-ups. But don't call it nostalgia bait. If, for instance, the D.C.-based artist segues into trap rap triplets at the center of a Midwest-emo-styled track mounted on post-punk revival drums, the sonic synthesis comes wedded to lyrical themes too soul-deep to be called eclectic. To call Strange a "genre-hopper" is to misrepresent his artistry. He's standing in one place. Power-poppers Pom Pom Squad and Florida hip-hop experimentalists They Hate Change open.  – Julian Towers


The nostalgia cycle orbits like a needle on vinyl at Antone's Records, where mod-rock quartet the Hide Outs will be celebrating their late-September debut album, Colors & Shapes. The psychedelic surf score features tracks from 2018's She's a Mod, released as the Hungry Onions under Deep Eddy Records. Tom and Jimmy Doluisio pay tribute to old-school theme songs with "Superman" and "Secret Agent Man." A mid-Sixties influence saturates "Girl of the 13th Hour" and "This Love's Got a Hold on Me" through retro-layered vocal harmonies and guitar reverb, à la the Yardbirds and the Easybeats, on this translucent-orange Flak Records pressing.  – Mars Salazar 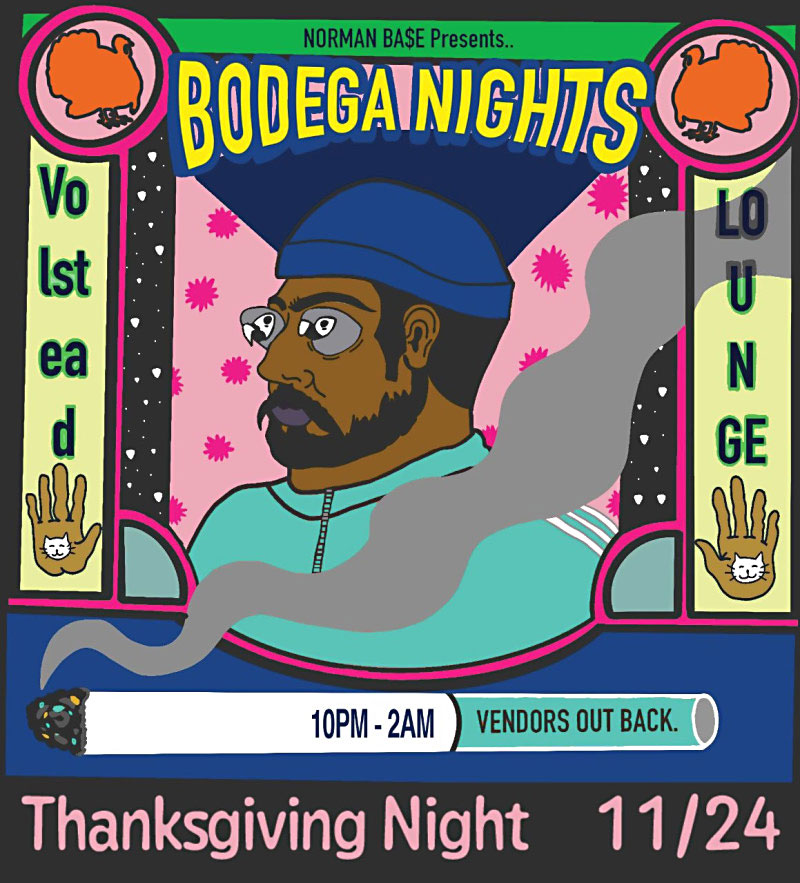 Norman Ba$e spins on the 1s and 2s for those looking to sweat off a mammoth Turkey Day caloric intake.  – Derek Udensi