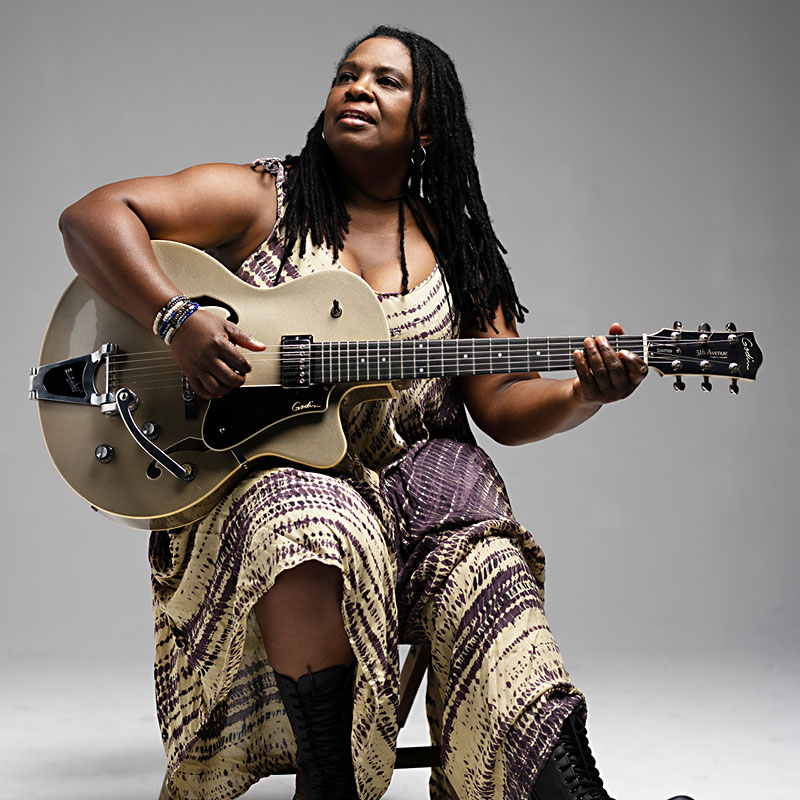 Ruthie Foster's 2020 album Live at the Paramount kicks off with "Brand New Day," a roaring testament of endurance and love through the darkest struggles. The song's soulful, gospel-intoned grit rang hopeful in a moment when the world and Austin's music scene seemed bleakest, and the album earned Foster her fourth Grammy nomination. The Paramount Theatre returns the honor this weekend by dedicating a spot to the songwriter on their "Avenue of Paramount Stars," only the sixth artist to receive the recognition. Over the past three decades, few voices have blessed Austin with more soul, power, and spirit than Foster.

The Texas native and Austin Music Awards Hall of Famer weaves through an eclectic songbook of blues, R&B, jazz, and roots music united by a deep compassion and fierce determination. Her ninth studio album, debuting tomorrow and aptly titled Healing Time, only further deepens that inspiration. Written with her band and with contributions from previous collaborators like Gary Nicholson and Grace Pettis, the new LP delivers salve and salvation with classic R&B and soul flavor. Healing Time's big, hook-swinging anthems unleash Foster's voice at its richest and most poignant. As ever, the artist unfolds a benediction of joyful, truthful, and affirming experiences. The public star ceremony starts at 6pm, with the ticketed full-band show to follow.  – Doug Freeman


As feted by Paul Carrubba on KUTX's Uptown Saturday Night, Booker Taliaferro Jones Jr. turned 78 on Nov. 12. Sample highlights by the decade: Born in Memphis, 1944, he proved a musical prodigy by the Fifties. In 1962, his instrumental soul combo Booker T. & the M.G.'s cut their trademark debut, Green Onions. In 1978 he produced Willie Nelson's Grammy-winning bestseller Stardust. During the Eighties, he recorded three solo albums and charted, then in 1992, he entered the Rock & Roll Hall of Fame. In 2007, he notched the Grammy Lifetime Achievement Award. Prior to the pandemic, he wrote his memoir. Now in 2022, a return to Antone's.  – Raoul Hernandez


May any audience member who's ever yelled, "Shut up and play!" at Kinky Friedman be damned, for the reverence and wit in his banter rivals that in his songs. A favorite Kinkyism, how Nelson Mandela listened to his moving Holocaust song "Ride 'Em Jewboy" nightly during his Robben Island imprisonment, prompted a proper tribute, "Mandela's Blues," on 2019's underrated Resurrection. The Austin High grad, author, and would-be politician, 78, is renowned for satirical material like "They Ain't Makin' Jews Like Jesus Anymore," but tender odes like "Marilyn and Joe" gratify equally. His first Austin shows since 2019 should be worth the $50.  – Kevin Curtin


A graduate of Houston's prestigious Kinder High School for the Performing and Visual Arts, Kate Kortum headlined her first Monks show in 2021, at only 19. Still not of drinking age, the DownBeat Student Music Award winner has sung not only with locals like Andre Hayward and Mike Sailors, but national headliners like Sheila Jordan and the New York Voices. Having already performed at NYC's Birdland and Newport Jazz Festival, she returns to Monks to preview her upcoming debut, Good Woman. Catch her now, as once she graduates the University of Miami's Frost School of Music, Kortum heads to New York to continue her already impressive career.  – Michael Toland

Hole in the Wall, Sunday 20


The Austin-based rapper/producer throws a bash in celebration of latest studio album Slippery People, which drops tomorrow. Singles "Runnin Man" and "Oasis" precede his latest LP, the former featuring a calm instrumental over which the Tulsa-bred MC broaches topics such as using Instagram as a form of escapism. Other artists set to appear at the album release party include No1mportant – the other half of recording duo ...&more... with Scuare – plus Austin's Jonny Jukebox and South Carolina's Kill Bill: The Rapper. Scuare and Kill Bill notably released a three-headed collaborative EP with Rav in 2020.  – Derek Udensi


Hayden Dunham was born in Austin, but if you encountered them as "virtual popstar" QT, the erstwhile performance artist may as well have been from Mars. Vapid and inhumanly airbrushed, their essence directly distilled into a tie-in energy beverage (DrinkQT), QT epitomized the slick, bubbly corporate satire that made PC Music the 2010s' avant-EDM du jour. Following a half-decade musical break, Dunham has returned to the British label to reintroduce themself as, well, a human from Austin. This is intimate, deeply felt synth-pop. Deconstructed club producer umru and local sample soothsayer L.Cie open.  – Julian Towers 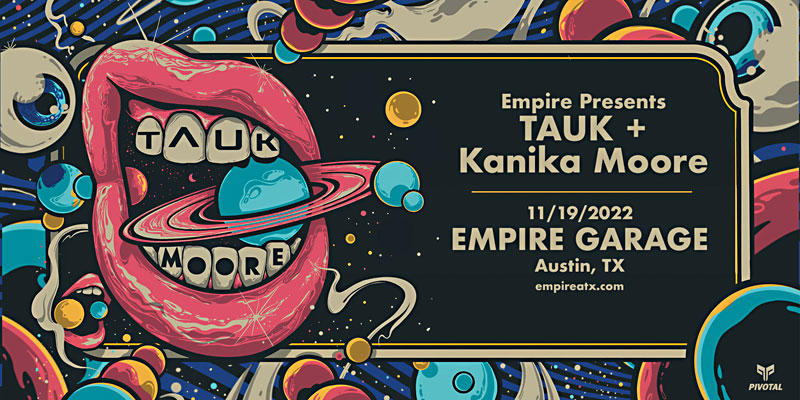 "The Godfather of Austin Blues" celebrates his 83rd birthday, which occurred yesterday (Nov. 16).

Austin's most-streamed rapper succeeds last weekend – a whirlwind 24-hour blitz that saw him open for DaBaby at Round Rock Amp and Kodak Black at Moody Center on back-to-back nights – by providing support for Houston upstart Monaleo in New Braunfels.

The two gospel music staples created a collaborative live album, Kingdom Book One, earlier this year to bring awareness to mass incarceration. Their Austin trip will serve as the Kingdom tour's closer.