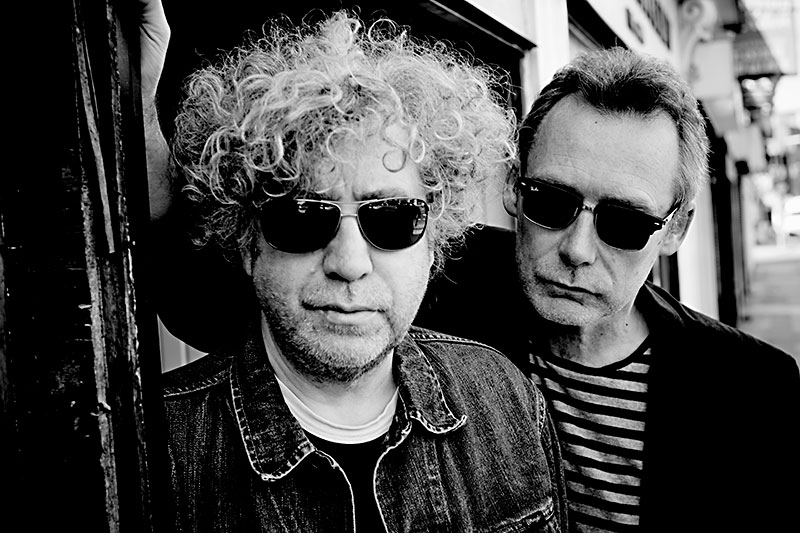 Happy When It Rains: Brothers William and Jim Reid (Photo by Steve Gullick)

Jim Reid won't flat-out say he's seen it all when it comes to rock music. But in the course of a career about to hit four decades, the co-founder of Scottish psych/noise legends the Jesus & Mary Chain does characterize popular music as circular in nature. The phases are starting to look familiar.

"I feel like rock & roll music or pop music, call it what you will, is like a cycle – and everything is kind of borrowed," 60-year-old Reid told the Chronicle via trusty WhatsApp connection. "If you live to be my age, you've seen the whole cycle, so you feel like, 'All right, that's another band that sounds like the Cocteau Twins, or there's one that sounds like Joy Division or My Bloody Valentine.'

"I'm not putting them down, because I'm sure when the Mary Chain came along there were a lot of older dudes saying things like, 'Oh God, it's like the Velvet Underground.'"

Performing next Thursday, Oct. 27, at Stubb's, the Mary Chain joins the four-day slate of similarly adventurous noisemakers at the 2022 edition of Levitation. The fest kickoff marks the band's first Austin visit since 2017 and its second round with Levitation following the homegrown gathering's 2015 iteration at Carson Creek Ranch. Next-phase descendants Protomartyr, Automatic, and the Paranoyds join the bill.

Calling from the UK last week, Reid was plainspoken and insightful when considering the newer generation of artists inspired by the boundary-pushing ethos he and his brother/guitarist William established on their classic debut, 1985's Psychocandy.

"That is really, in essence, what rock & roll music is: borrowed ideas, and each new crop of people come along and take the bits that they like, and then hopefully put a lot of yourself into it," Reid said. "It's probably more important to celebrate that bands are willing to try something that's not necessarily designed to get in the Top 40 and just exists for the sake of it, not necessarily for the sake of commerce. Hats off to anybody that wants to make a bit of a strange noise."

From early on, the Reid brothers and their bandmates embraced feedback, reverb, and delay in songs with sunshine pop bones and guts. The alchemy earned them membership in the Eighties cohort of bands that revered the sound of Sixties psychedelic acts, including Austin's 13th Floor Elevators. Reid said a cover of "You're Gonna Miss Me" was a natural fit in early Mary Chain's abrasive and notoriously brief live sets, in part because of the confrontational vibe that ran through cult Elevators icon Roky Erickson's material.

“A lot of the early psychedelic bands, you can imagine sitting around in a meadow on a summer day, making daisy chains with them. But with the Elevators, it was more like you could imagine being chased around an abattoir by Roky Erickson swinging a fucking hatchet.”  – Jim Reid

"Most people, when [they] think of psychedelic music, think of something slightly, I suppose, fluffy – but the Elevators were punky while being psychedelic, which was a great combination for us," said the lead singer. "A lot of the early psychedelic bands, you can imagine sitting around in a meadow on a summer day, making daisy chains with them. But with the Elevators, it was more like you could imagine being chased around an abattoir by Roky Erickson swinging a fucking hatchet."

The band plans to return to work later this year on a follow-up to 2017 comeback album Damage and Joy, which they began prior to the COVID pandemic. Despite slowed recording due to bandmates scattered across Europe and North America, Reid said he's more inspired than ever to perform. In part, he jokes, because crowds are relatively sure to be favorable, compared to the confusion shown by early audiences.

"It's easier these days. In the very beginning, you felt with every show that you had to win the audience over, because a lot of people used to come just out of curiosity because they'd read about you in the papers," Reid said. "Now, people who come generally have a fair idea of the music.

"I'm quite a shy person, so when the band started, I felt that I had to be some super animated punk rock maniac or something. I couldn't do it, so the only way I could get anywhere close was to get absolutely off my tits. That's how I approached probably the first 10 years of being in this band, and it [was] very unhealthy. Now, I just go out and say, 'Fuck it, I'm going to sing these songs. I hope you like it, but if you don't, too bad. We can both walk away.'" 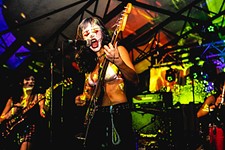