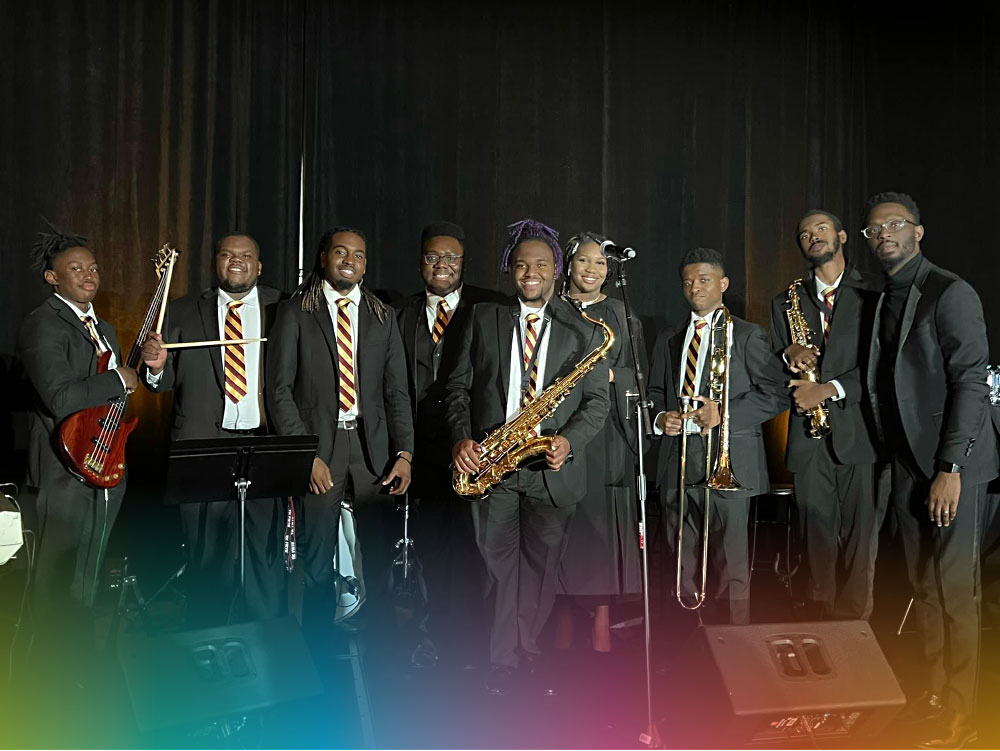 From soundtracking fraternity galas to comprising part of the university president’s entourage, the Huston-Tillotson University Jazz Collective has established itself as an essential fixture of the school’s social and musical institutions. Intent on elevating traditional stage-band instruments, the all-student jazz troupe skips the stuffy classics – of the Bach and Beethoven variety, anyway – and opts to fill its contemporary catalog with everything from Earth, Wind & Fire to Top 40 hits.

Primed for big sounds in small settings, the 10-member collective now prepares for its inaugural performance at ACL Fest.

“The Jazz Collective is a group that’s been navigating its way around Austin the last couple years, trying to make a name for itself,” says Huston-Tillotson Director of Jazz Studies Dr. Jeremy George. “[On the ACL stage], students will also be able to showcase themselves as individuals in the collective.

“In music, students not only need to perform and take classes, but [also do] on-the-job training and professional development, like sharing the same stage with larger artists so that they know how to navigate that.”

At a September career fair, HT students – aka Rams – could secure Friday fest passes through stopping by the C3 Presents booth in professional attire. Stretching back nearly 150 years, Huston-Tillotson stands as the city’s oldest and only historically Black institution of higher education. The university’s music program also boasts a long line of jazz legacies, including Count Basie Orchestra vocalist Carmen Bradford and organist/former Ray Charles arranger Dr. James Polk – neither of whom have been booked at ACL, George notes.

“There’ve been so many jazz greats to attend this university, and I think that motivates the students,” he says. “They’re essentially standing on the shoulders of giants, sharing the same halls and type of instruction at the same institution that these names have gone through. There’s a slight pressure, but they rise to the occasion well.”

By the time their Weekend Two performance rolls around, the Jazz Collective will have clocked hours of intensive listening, solo practices, and group rehearsals since kicking off in late August. With a steady flow of booking inquiries coming in, the improvisation-integrating group continues to grow its presence in local music and potentially beyond the festival scene.

“This can be a career opportunity,” says George. “An artist may really like one of our students and ask them, ‘Hey, would you like to go on the road with me?’ You never know.” 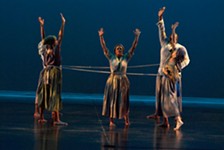