Sources of Texas Heat from the Chron Music team 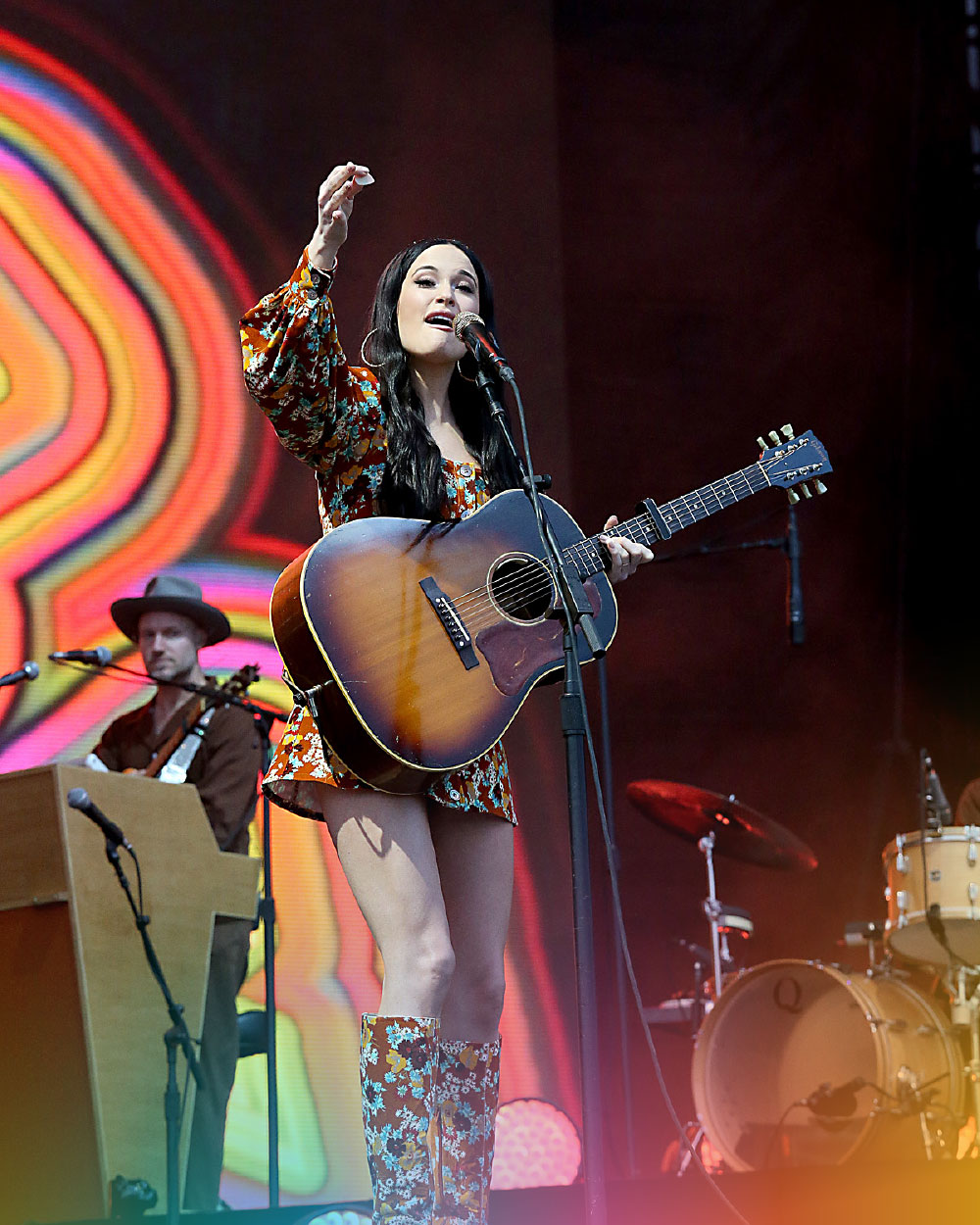 
From the "spooky campfire folk" of his early days (years) playing bass for Brooklyn band Woods to his garage albums with Vivian Girls' Cassie Ramone as the Babies, Kevin Morby has since shaped his own solo career. As an earthy, acoustic bard, the Lubbock-born songwriter logs seven LPs of sparsely arranged, country- inflected indie folk. Canoecore, if you will? Plus nods to the Velvet Underground and Suicide. May album This Is a Photograph endeavors portage from the Harlem River to Memphis as place inspiration. Dylan-reminiscent, reedy, and reassuringly gentle, Morby's voice – described by himself as "one-dimensional" – conjures death, thunder, and mountains anyway, unshowy through seemingly effortless lyrics at little more than a talking pace. Still based nearby in Kansas' Overland Park, the man reps his childhood home of Kansas City pretty hard, but did discuss his family's history in Lubbock in his Song Exploder episode. So we're still calling him Texan, respectfully, for our purposes. – Christina Garcia 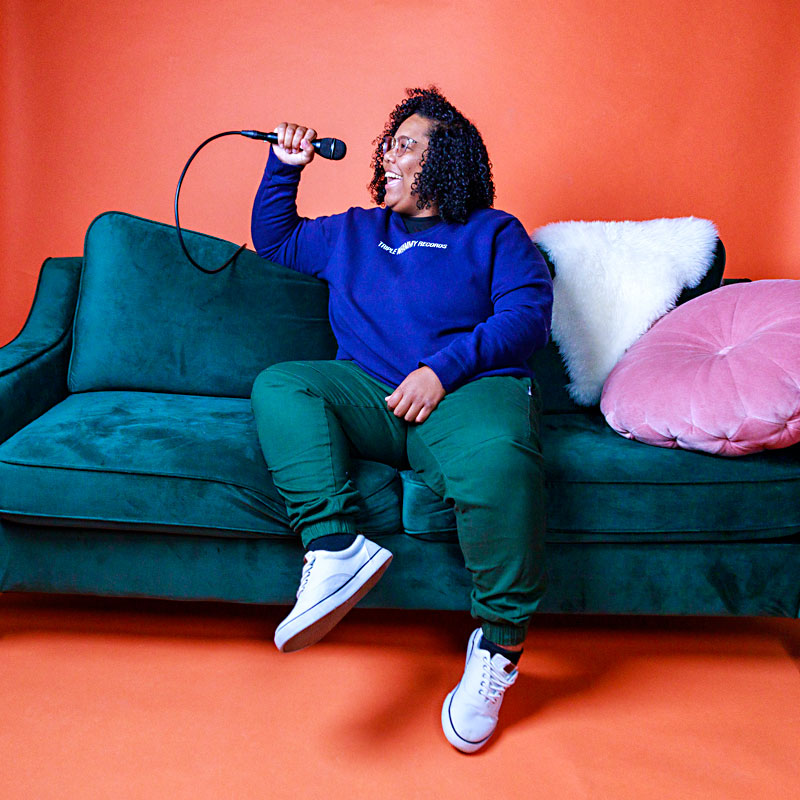 
Heteronormative gender stereotypes be damned, because Mama Duke has about had it. From body-bagging rappers in "I Feel a Way" to adjusting her crown with queer braggadocio in "Never Coming Down," Kori Roy navigates Austin's hip-hop scene with brazen confidence and self-expression. A run of SoundCloud mixtapes launched seven years ago scuffed her boots and edged the chip on her shoulder before debut Ballsy (2020). There, she fortifies delivery with blunt aggression that blows like a boxer's uppercut. Songs like "Found a Way" crystallize experiences as a queer, Afro Latina woman into crisp focus, while "Get Off My Dick" shrugs and laughs off critics like dust off the shoulder. – Alejandra Ramirez


Once a University of North Texas football player with NFL dreams, Tobe Nwigwe received pushback when he decided to pursue music. "My mama thought I was a joke," he recalls on "I'm Dope" – a song featured on Michelle Obama's 2020 Workout Playlist, of all places – followed by a lyrical consolation prize. "But Miss Badu told me I'm dope." And yes, he is referring to early endorsement from neo-soul royalty. While new opus moMINTs (2022) boasts A-list features like Pharrell Williams and CeeLo Green, magic really materializes in the buoyant seesaw delivery shared with his wife, Fat Nwigwe, on green-eyed rumination "Get a Little Bag" and André 3000-reminiscent "Big Cap." On his standout 2022 Tiny Desk Concert, the artist traverses vast terrain: navigating his dual identity as a Nigerian American ("Against the Grain"), untangling the sinewy limbs of his hometown ("Houston Tribute"), or applying faith like a balm ("Shine"). – Alejandra Ramirez


Austin's Primo the Alien doesn't want to meet your leader – she wants to become yours. Born Laura Lee Bishop, the East Texas native is destined for a galaxy beyond our own. Crafting entirely self-produced Eighties-inspired tunes, Bishop grounds her decadent catalog with booming percussion and shimmering synths. Lush, layered soundscapes and transcendental vocals score every track, elevating her artistry to seventh heaven. "This century is a bore/ I'm looking for a little bit more/ I want the universe to bend," crescendos the extraterrestrial in galactic self-liberation number "My Delorean." Bishop's songs aren't all cosmic candy daydreams, however. The electric tapping in "To the Max!" and the racing-heart rhythm of "Rock Professor" flaunt the singer's wild side, channeling bulky shoulder pads, perms teased to the stars, and vintage leather. Eclectic and ethereal, Primo the Alien transports listeners to her deep-space discotheque. Are you coming along for the ride? – Kriss Conklin


A champion of the freedom of self-expression and empowerment, North Carolinian-turned-Austinite Caleb de Casper uses his platform for the betterment of himself and audiences. As a classically-trained pianist and vocalist, the dark synth-pop performer fuses lavish hooks and tantalizing vocalizations. Throughout this year’s debut LP Femme Boy, the singer’s sorrows and woes coexist with glamorously risqué callouts and odes. In a city on rocky footing with its own “keeping it weird” status, the musician banks on his uniqueness to drive creativity. Still sporting influence from his horror-glam past, Casper stalks across stages with the grace and charisma of a budding star, embodying the beauty of not fitting in. – Alyssa Quiles 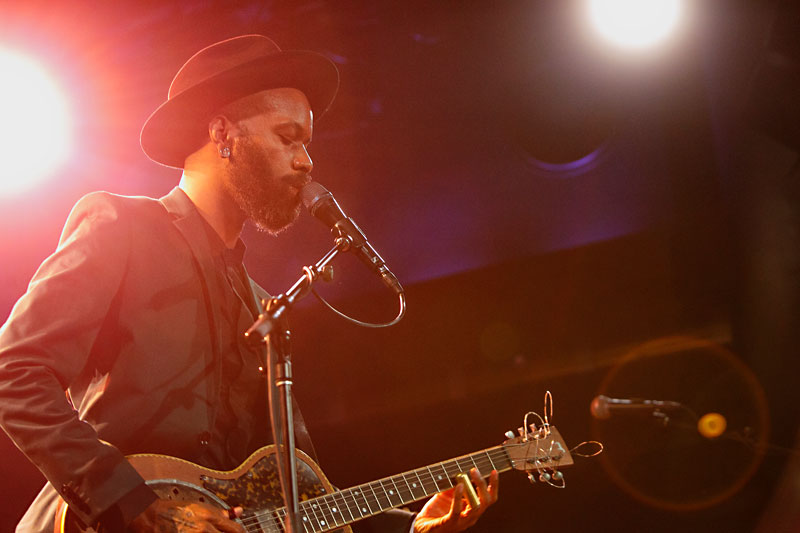 
Blues no longer soundtracks the downtrodden. Not necessarily, anyway. When Carl "Buffalo" Nichols soloed his album release to a full Stateside at the Paramount in March, the genre's aches and pains poured out of the Austin-dwelling Houstonian. "If I feel good, I'm going to share that, and if I'm not feeling good, I'm going to share that, too," the singer/guitarist told the Chronicle ahead of the show. Onstage, Nichols exuded a Texan chill, relaxed and relatively loquacious for a laconic Lone Star, yet shared the dangers of isolationist tendencies during a pandemic. Half-encircled by guitars like early Ben Harper, he picked roots ancient and modern, entwining his tone poems with Muddy Waters and Charley Patton. "The thorny, restless travelers' existence, ready material for the blues, threads Buffalo Nichols' self-titled debut," we opined about his 2021 Fat Possum Records bow, a steel-guitar-kissed salve of hope and doubt. Catch him before he rambles on. – Raoul Hernandez


No more playing at golden hour: After six Grammys and five albums, Kacey Musgraves has finally bagged a headlining ACL Fest spot. The East Texas native and former Austinite returns on the back of 2021's star-crossed. If her last Zilker appearance – showcasing 2018 stunner Golden Hour – was a dreamy Laurel Canyon-washed afternoon, this year's performance promises a high-octane fever dream to close Sunday night. Her worldwide tour around star-crossed throws a rainbow-and-confetti-filled dance party (move over, competing Silent Disco stage), propping up a collection of disco-lilted songs and full embrace of pop cuts. Musgraves, of course, contains multitudes. Favorites from Golden Hour and even early pure-country albums including 2013's Same Trailer Different Park and 2015's Pageant Material are always on the set list, and this ain't Coachella. On home turf, the country roots are out front. – Abby Johnston

A version of this article appeared in print on October 7, 2022 with the headline: Texas Heat: Fresh Sounds That Emanate From the Lone Star State 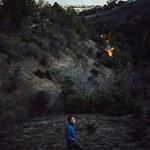 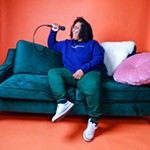 I Will Be Heard: Mama Duke
Lyricist thriving at the intersection of Black, female, and gay wants Austin to "feel this energy" 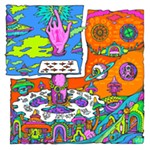