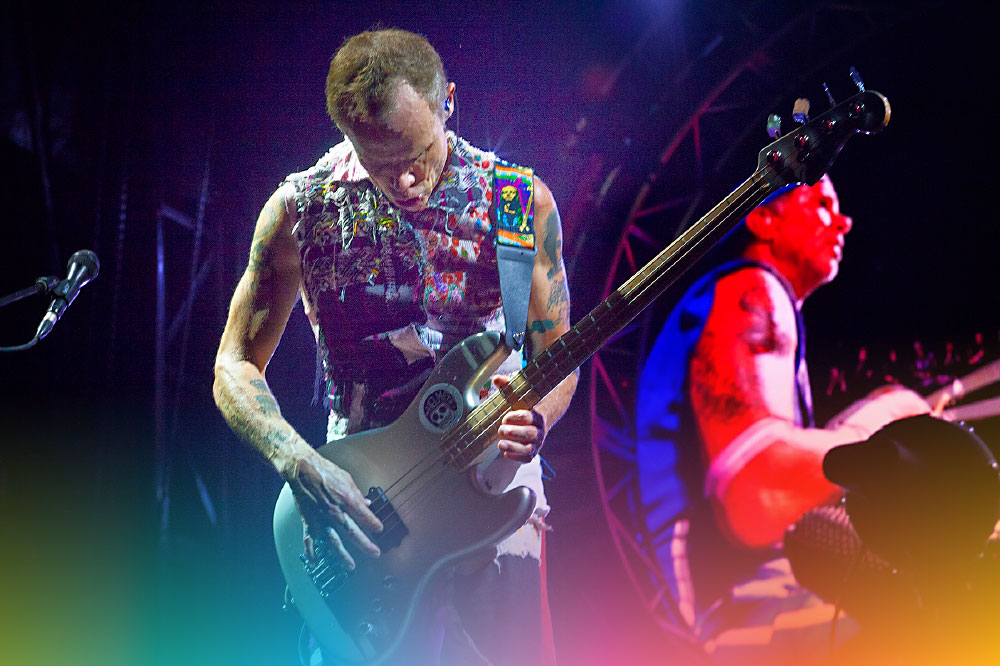 Third time's the charm? After headlining ACL Fest in 2012 and 2017, the Red Hot Chili Peppers' five-year option nets a Sunday slot sure to erase the Los Angelenos' previous two appearances from the live music capital ledger. Only Zilker stand since guitarist John Frusciante's 2019 return to the fold, in a historically Southern Californian sense, equals witnessing the Beach Boys with Brian Wilson or Fleetwood Mac behind Lindsey Buckingham.

"If heroin casualty [Hillel] Slovak was the band's Brian Jones, Frusciante is their Jimi Hendrix," reasoned the Chronicle in 2003 after experiencing the band in a lightning storm outside San Antonio. "Last year's insidious By the Way [is] the Peppers' Pet Sounds, Frusciante the ghost in the machine of every RHCP album that matters. Just as his debut on Mother's Milk laid the lactose for Blood Sugar Sex Magik, his return for 1999's Californication presages By the Way."

Frusciante told me, in person, the following year: "It was toward the very end of [By the Way] that I went into an obsessive period about the Beach Boys. While I was making the record, it was more the Beatles, Erasure, Queen."

"It's just a chemistry that's there," shrugged Frusciante in 2004 about Anthony Kiedis, Flea, and alt-rock Bonham Chad Smith. "Playing with them every day inspire[s] me." – Raoul Hernandez

I reject the idea that the Red Hot Chili Peppers headlining ACL Fest three times in 10 years is anything but an affront to the perceived tastes of Austin's population. This city's full of folks with deep and adventurous music tastes, but even for the general populace who only go to five shows a year, one of them being ACL, I'd like to throw them a bone and assume they're not drooling halfwits only excited by Pearl Jam, Foo Fighters, and RHCP.

I worry that's how Live Nation bookers perceive the audience of the Zilker annual's anchor rock slot. Need a Gen X staple? Give us Rage Against the Machine. Radio rock band? How about Måneskin? For any band to necessitate headlining three times in any decade, they'd have to be all-time greats. I'm happy to expound on why the Chili Peppers are not that.

Anthony Kiedis' maladroit delivery – particularly on RHCP verses – can be corny as hell. The prosody of the human voice is best as a complementary layer atop what's happening musically, but Kiedis' funk rap verses frequently pile onto whatever phrase the bass or guitar is repeating rather ungracefully.

Now, I'll freely admit the mustachioed vocalist packs a fun presence and has written over a dozen brilliant choruses. I'll also stan John Frusciante's electronic albums and argue that Flea stands among the most joyous and sweet-hearted instrumentalists in popular music. None of that offsets the evidence that, since 2002's By the Way, RHCP's increasingly Auto-Tuned songs sound like they were generated by an AI music program called Bing Bong California. – Kevin Curtin

A version of this article appeared in print on October 7, 2022 with the headline: Sunday Headliner Face-Off: Red Hot Chili Peppers 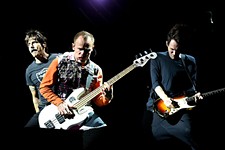 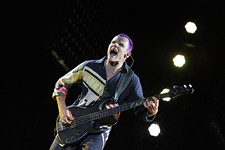