"Cuban music is a lot more than they think" 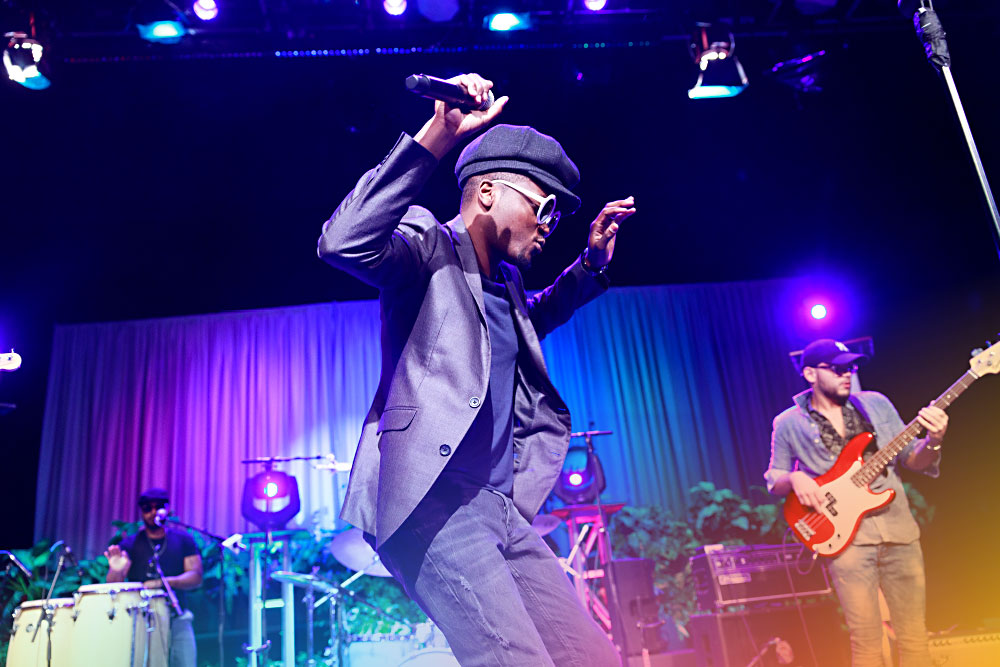 “For me it was … an experience,” says the powerhouse partymaker in breakneck Spanish over Google Meet. “Austin City Limits is seen throughout the world. Some of the biggest music of Cuba and North America has been on the show. To be measured against that, me and my combo, is an honor.”

Like Batiste’s incendiary episode, Cimafunk’s local spring reign romps and stomps right past performance to natural phenomenon. His “combo” octet includes a pair of backup singers who also man – correction: woman – trombone and saxophone, while the frontman purrs as perfect as his flat-top and they all split an Afro-Latin atom. Had Prince ever filmed a segment with his onetime ATX backers Grupo Fantasma, Cimafunk’s rhythm fission might boast precedence.

Austin Chronicle: ACL broadcasts in Cuba?
Cimafunk: YouTube.
AC: Ever watch ACL’s Buena Vista Social Club summit?
CF: I started it, but didn’t finish. I love Buena Vista, and I’ve seen them in every available way. Cubans are raised on that music, Compay [Segundo]. Omara [Portuondo] was part of your family. Ibrahim Ferrer is like a great-uncle.
AC: Eliades Ochoa, my favorite – the cowboy!
CF: Unreal, his voice. A lot of popular Cuban acts, as soon as he puts out a song, they cover it. Kids, grandparents, parents, they all sang Eliades. Salsa, reggaeton, doesn’t matter. They play it, because he’s the sound of Cuba.

Straight from the Moody Theater, and South by Southwest before that – following their official debut at the March fest in 2019 – myriad homegrown witnesses enthused a stateside shorthand for Cimafunk: the Cuban James Brown. Rap to rhumba, the bandleader also injects Marvin Gaye.

“I’m a fan of everything James Brown did, but our music’s more like Irakere, Chucho [Valdés],” details Rodríguez. “Closer to the mambos of Benny Moré, closer to Arsenio Rodríguez. A little bit of Perez Prado. Rhythmically, it’s more that older generation: a performance, the movement.

“Remember Machito and those murderous New York machines, Chano Pozo! That music is in all music today. Same as hip-hop in that James Brown, B.B. King, Wilson Pickett, Sam Cooke are all in there.

“That’s what I tell people: Cuban music is a lot more than they think.”