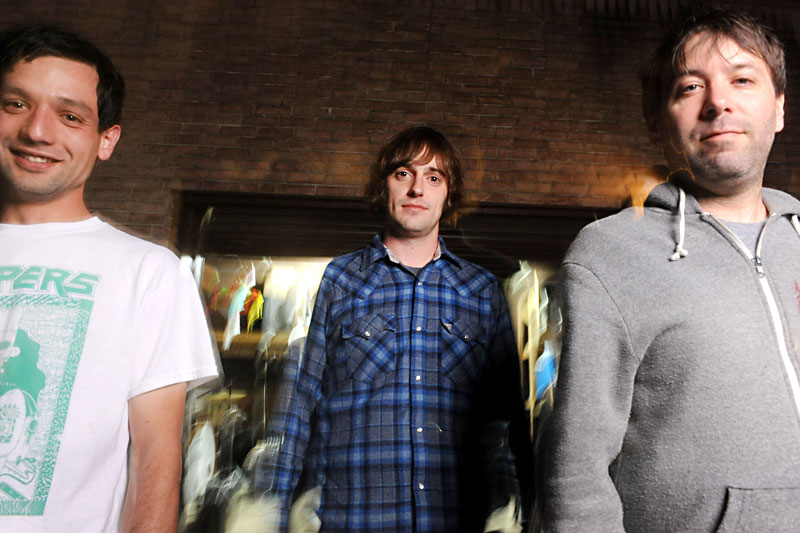 Since drummer Chris Stephenson moved to Melbourne in 2017, Austin post-punks Spray Paint performed all of five shows, estimates lone local member George Dishner. "5ish," texts the film production veteran. Co-frontman Cory Plump lives in Kingston, NY, where he runs venue/bar Tubby's. The homegrown trio harks back to the progressive weirdness of Butthole Surfers with an abrasive unconventionality reminiscent of the Fall. How's that look a decade later for Dishner? "It's slowed quite a bit," admits the singer/guitarist once locally infamous for performing in his briefs and a donkey mask. Boasting a dozen LPs, EPs, cassettes, and live albums, Spray Paint worked on new material pandemically. Set list for these two shows? Dry as Texas summer, Dishner offers, "It's gonna be all Spray Paint songs." – Raoul Hernandez


After a winding journey between Texas and New York, Austin alt-/indie rockers Why Bonnie return for their first local performance since the release of their debut album last month. Penned in a Brooklyn apartment by singer-songwriter Blair Howerton, 90 in November meanders down memory lane in search of a deeper appreciation for the past. The self-dubbed "shoegazeicana" quintet unveils a fresh and buzzy new sound with delightful distortions and dainty Mazzy Star-esque flourishes. Why Bonnie's mini Texas tour begins in the 512 with fellow indie boppers Font and On Being an Angel opening. – Kriss Conklin


What is darkness to you? That's the question all guests are asked on (SPF 1000) Vampire Sunscreen, a nascent podcast from the shadowy side of Laurie Gallardo's mind. The cherished show host and producer at KUTX indulged her own "creative rumblings" with (SPF 1000) – which currently pilots on SoundCloud with eps including Nnedi Nebula and Kalu James. Not a forum for miserablists, deep conversations focus on life's darkness being necessary for enhancing the light. Gallardo fundraises for the pod to grow with a special event featuring dazzling experimentalists Octopus Project, James Bookert's San Gabriel project, and a secret guest pulling from the scene-supporting host's impressive Rolodex. – Kevin Curtin


In July, local support group DAWA (Diversity Awareness and Wellness in Action) announced the launch of a Downtown podcasting and livestream studio. At 800 W. Fifth Ste. 100-A, the new studios are available to BIPOC artists, creatives, and organizations free of charge. To keep the creative output rolling, the organization hosts an eight-hour livestream this Sunday, Sept. 18, from 2 to 10pm – including musical appearances by Mobley, Sir Woman, Shakey Graves, Tameca Jones, and Cha'keeta B. Tune in to the prerecorded and live performances via Facebook or YouTube, or celebrate in person at the Love, Tito's retail store.

For studio time, DAWA invites interested creatives to apply at dawaheals.org. Available resources include professional editing software, lighting, cameras, and audio equipment to create online content like livestreams, videos, and podcasts. Earlier this year, DAWA founder Jonathan "Chaka" Mahone shared via press release: "We want to build a robust ecosystem that locates, develops, and empowers the incredible artists and organizations that are underrepresented here in the city." – Rachel Rascoe


During the fated second run of the Relatives, a double-Reverend-fronted psychedelic gospel act from Dallas that reemerged in the 2010s, music heads were introduced to Gypsy Mitchell – an unconventional guitarist with deafening flair who deserved his own spotlight. Now mounting a solo turn, Mitchell's been lighting up the SoCo soul cave with his do-rag, copious gold chains, and ornament-adorned guitar, which he plays behind his head (and with his teeth). Backed by the elite groove engine of Zach Ernst, Matt Strmiska, and Scott Nelson, plus backup vocalists Goldie Pipes and Jenny Carson – all in velour tracksuits – Mitchell & Co. impressed with forthcoming studio material, including standout "Movin'." – Kevin Curtin

Agnostic Front, Sick of It All


"From the East Coast to the West Coast/ Gotta gotta gotta go!" Agnostic Front sang that on their 1998 comeback album Something's Gotta Give. This triple NYHC heritage bill comes from the East Coast to Central Texas next Wednesday, but that makes for a clumsy chorus hook. Still led by guitarist Vinnie Stigma and singer Roger Miret, AF remains the most brutal and humane of Eighties 'core bands. Sick of It All and Crown of Thornz followed in their wake, bringing in more metal ballast. – Tim Stegall


Is it not humiliation enough that these bands, fellow Gen Z internet babies, have lapped me on my dreams, achieving indie fame from uncompromisingly progressive art-rock? Must I also be tasked with explaining the distinctions between the two British exports to curious millennial (or worse) readers? Okay, fine. Both started in a sorta moody post-punk realm, but now Black Midi churns out post-ironic cabaret prog. Black Country, New Road's style is more bleeding-heart chamber music. There, done. Let's make fun of their fans.

The wardrobes of Midi fans are 83% composed of clothing stolen from their grandparents. They gather in gangs outside Ed Sheeran concerts and trot together in an 11/8 time signature. Ask how their day was and they might respond, "Homeric."

BCNR fans are a sensitive sort. They'll draw up plans to start a Marxist commune with friends met through Animal Crossing, but are afraid to share the Google Doc. In therapy this week, there will be an earnest discussion as to whether Kanye can "heal." – Julian Towers 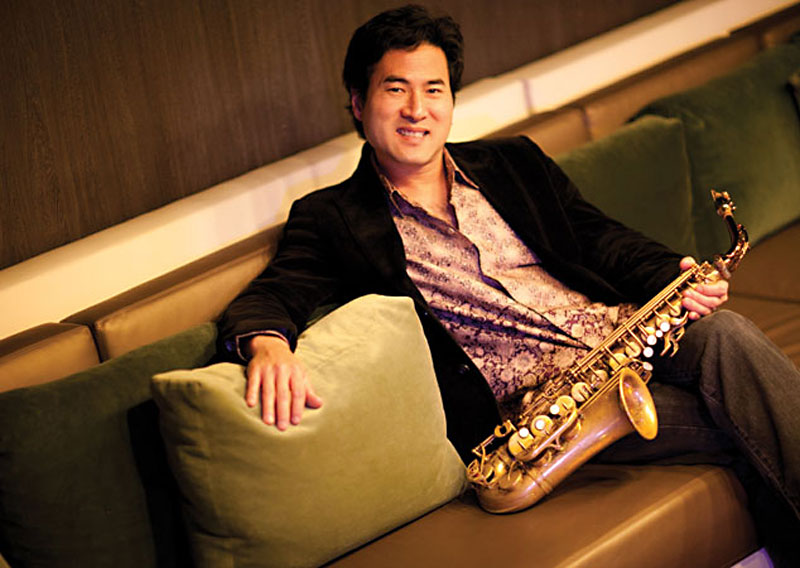 
Saxophonist best known for his work with jazz fusion band the Rippingtons. He's also a member of the Sax Pack trio of saxophonists. – Derek Udensi


The Sixth Street venue honors the 212th anniversary of the Mexican War of Independence's beginning with acts such as Los Alcos, Easy Compadre, and Suxxy Puxxy on the 1s and 2s. – Derek Udensi