Faster Than Sound: The 13th Floor Moves to Red River, Taking Over the Green Jay Space 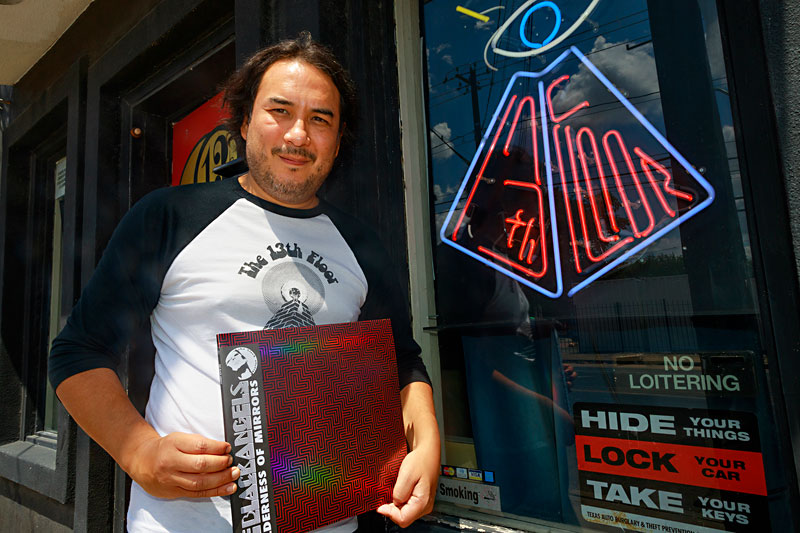 The longtime music space at 711 Red River, formerly Beerland and currently the Green Jay, will soon become the 13th Floor. The Eastside rock & roll bar, established in 2018, plans to relocate to the Red River Cultural District space in early September. With the major expansion in square footage, 13th Floor co-owners Jake Garcia and Nick Yaklin plan to continue their bar's vinyl lounge concept with additional live music. The first show under the bar's new management will take place Saturday, featuring Christian Bland & the Revelators, Daiistar, Narrow Haunts, and Majical Power – the latter of which both of the owners play in.

As a member of the Black Angels, Garcia will host a release party at the new space for the reigning Austin psych band's new album, Wilderness of Mirrors, on September 16. He'll continue the club's participation in Levitation, October 27-30, which was co-founded by his Angels bandmates. He also plans to cover the walls with posters from the festival's archives.

"Being a traveling musician, I had the chance to go to all these places like Paris, Madrid, and small cities in different countries," said Garcia, speaking to the Chronicle on Saturday. "They always had a cool little rock & roll bar. I thought, well, Austin doesn't really have that. It would be really cool to concentrate on the culture of where psychedelic music began, here.

"So, this is our dedication to Roky Erickson and the 13th Floor Elevators and the Golden Dawn. We're linked with all of these other rock & roll bars around the world, and we stay in contact."

At their former space on 1812 East 12th, the 13th Floor quietly opened on March 3, 2018, as a go-to after-party destination for rock musicians to spin vinyl offstage. Garcia lists visitors/guest DJs like Arctic Monkeys, Unknown Mortal Orchestra, Belle and Sebastian, and the Brian Jonestown Massacre. The small space generally only accommodated stripped-down performances, like Gus Baldwin's Mondays bookings, as well as squished sets atop the bar by bands like Sailor Poon.

Despite a gig poster for the outgoing 13th Floor's final night (yesterday, August 31) reading "Fuck Condos," there's no imminent plans of development for the Eastside building. In 2020, former landlord Gene Mays sold the business to Dallas' Eureka Holdings, which bought up over 100 properties on the historic street. Of the 2020 change in landlords, Garcia says: "I don't want to be a jerk, but it's kind of like going from talking to a human to a robot. It's more corporate."

Johnny Yaklin – who opened the 13th Floor with his brother Nick Yaklin and Garcia – actually has plans to continue use of the Eastside bar as a new concept. The building is currently on a month-to-month lease. Johnny will step back from ownership of the new location to focus on continued operations at Kinda Tropical, as well as the KT team's reopening of the former Spider House Cafe space.

At the new 13th Floor location on Red River, Nick Yaklin and Garcia take over a multiyear lease from the outgoing Green Jay management. In January 2020, Stubb's General Manager Ryan Garrett and business partner Ned Stewart opened a newly renovated edition of the bar, changing the name from Beerland to the Green Jay later that year.

Prior, longtime punk hub Beerland closed unexpectedly in 2019 during an employee strike over unpaid wages from former owner Richard Lynn. Workers were paid back by community fundraising – overseen by Donya Stockton, who co-founded the bar with husband Randall in 2001 – as well as contributions from Lynn's family. A regular player in the Beerland scene, Garcia fondly remembers meeting his BFF/business partner Nick Yaklin at the storied venue.

The new 13th Floor will open seven days a week, concentrating live music on weekends with plans to work with other promoters beyond Garcia's bookings.

"We'll have traveling bands with local bands, together," he explains. "We're still in the beginning phases, but we're ready to expand this place. It'll just be [the old bar] times four, basically, and with a stage, and a drum set! We couldn't really fit that stuff before." 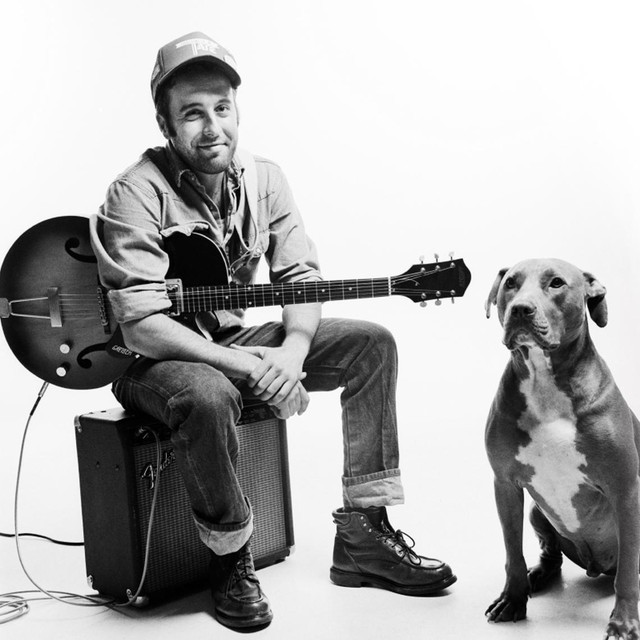 The album cover for Luke Bell's cover of "Jealous Guy"

Luke Bell, country troubadour who made a lasting impact during his brief years in the Austin scene, has died at age 32. After going missing on August 20 in Tucson, Bell was found dead nearby on August 29 – as confirmed by his friend Matt Kinman to Saving Country Music. The cause of death has not been reported. Raised in Cody, Wyoming, Bell began playing at Hole in the Wall with his former rock band Fast Luke & the Lead Heavy in 2011. Bell later developed his modern traditionalist style as an employee of and regular performer at the White Horse. He left Austin for Nashville to record debut album Don't Mind if I Do, released in 2014, and added to it with new tracks for a self-titled 2016 album via Nashville outlet Thirty Tigers. Austin musician Jonathan Terrell shared a remembrance on social media: "He'd come into town with only a guitar and gig 'til he ran out of money. He'd disappear and go ranch for a while and always come back with these incredible cowboy songs. He was a real deal cowboy drifter and he was true to that life."

"Sunroof," cloyingly bubbly pop hit currently in the Billboard Hot 100 with over 240 million plays on Spotify, boasts a local connection. The track, nominated for Song of the Summer at last week's MTV Video Music Awards, features singer Nicky Youre and producer Dazy – aka 24-year-old Austin native Nick Minutaglio. The recent Sony Music Publishing signee previously produced the song "Minimal" by Role Model under past pseudonym Snocker Cot. He's also the son of prominent Texas author Bill Minutaglio, who proudly writes in an email to state media: "It's a truly unlikely story – earlier this year my son was delivering Uber Eats. Last night he was sitting near Taylor Swift at the VMAs ... A&R people told him they were floored he made the entire song in a home studio – with just a laptop and old guitars."

The 2022 Greater Austin Area Music Census, gathering information to influence civic policy and route support to Austin industry, has expanded the deadline to next Friday, September 9. The survey, presented by Mayor Steve Adler and KUTX among other partners, is open to music industry workers living or working in the Greater Austin area including Travis, Williamson, Hays, Caldwell, and Bastrop counties. The group seeks responses from musicians, venue owners, music nonprofits, music business professionals, and beyond. Completely anonymous, the survey doesn't request names or personal details of respondents and takes 15 to 20 minutes to complete. Fill it out now at austinmusiccensus.org.

Plains, new project of Jess Williamson and Waxahatchee's Katie Crutchfield, employed some familiar local faces to act out new single "Abilene." The music video stars Adriene Mishler – superstar YouTube instructor of Yoga With Adriene/longtime Austin actor – and locally based rocker Jonathan Tyler as a couple falling out of love. In the country waltz, the Austin-launched, Los Angeles-based Williamson heartbreakingly sings: "But I was too much for you and for your Abilene." Plains' debut tour stops at Scoot Inn Nov. 1, with MJ Lenderman.