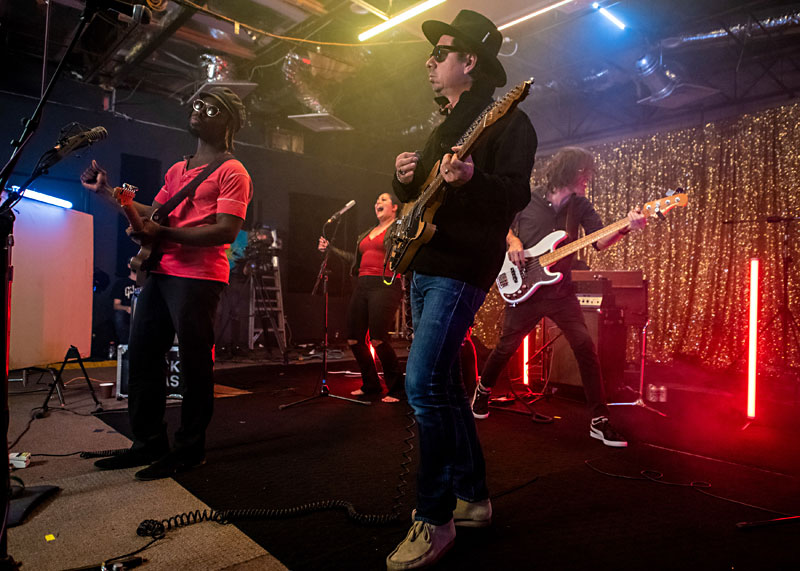 Mosaic Sound Collective, the East Austin music/entrepreneurial hub that opened in 2017, is winding down its operations and will vacate the former juvenile detention facility in the coming months as redevelopment plans for the property move forward.

Founder Dan Redman confirmed the news to The Austin Chronicle last week, saying he and project manager Mike Henry are working on move-out timelines with the handful of tenants who have remained through the aftermath of the COVID-19 pandemic.

The project, which had always been intended to be at least partially operated as a nonprofit organization, had in 2016 arranged a five-year lease/purchase agreement with landlord Jimmy Nassour. That agreement expired in 2021 while the pandemic was still upending business activity across the globe, and Mosaic had operated on a month-to-month lease for more than a year. The organization has worked throughout the pandemic to try to secure the investment or city creative space bond money needed to go through with the purchase of the 25,000-square-foot facility that, according to Travis County records, sits on 2.6 acres and had a market value of $1.8 million in 2021.

Nassour recently informed Mosaic of his plans to redevelop the property, though he is continuing to work with Redman and Henry to try to find another space that would suit the collective that over the course of five years served as a home to recording studios, rehearsal spaces, a concert backline company, music business offices, small fabrication operations, nonprofits, and more.

Redman said Nassour had been supportive and hopeful some of the $12 million approved by voters in 2018 to secure creative spaces in the city would be headed to Mosaic and give the group the money it needed to take over the property and partner with surrounding property owners in building affordable housing intended for creatives. The bond money has still not been distributed by the city, with the quasi-governmental Austin Economic Development Corporation recently announcing it has selected a group of unnamed preferred/finalist properties that will receive money or be in line for future funding.

“It may have been a hard lesson, and I’ve learned plenty of those. This is the way city government operates ...” – Stuart Sullivan, Wire Recording Studio

Mosaic had been preparing its application for that funding but the decision to redevelop the property, which had been an ongoing discussion the landlord communicated to Mosaic’s operators, occurred prior to the entry deadline.

"[Our landlord] has been great to work with. He's been incredibly patient with us and so supportive of the project. And even in talking to him about other properties that he may have or may come up," Redman said. "A lot of this was contingent on really feeling like we were the poster child for the creative bond from talking to every city council member. We were doing everything we could to make sure that we check all the boxes."

Prior to the pandemic, things looked bright for Mosaic. It was fully occupied, had agreed to partner with actor Val Kilmer's HelMel Studios on creative projects, and had a lineup of South by Southwest events aligned with Spaceflight Records that were intended to greatly expand the collective's presence in front of a global audience.

But once SXSW was canceled and the economic fallout from the pandemic took hold, roughly 60% of Mosaic's tenants vacated because of financial distress.

Redman, Henry, and others tried to pivot into other models to bring in revenue to cover rent and operations costs for the 50-year-old building. Its video production work capturing live performances for Black Pumas, ...And You Will Know Us by the Trail of Dead, Gina Chavez, and Holy Wave were among the best virtual content produced locally and brought the group more attention but not enough money to operate in the black.

"Our goal was, 'Hey, let's figure out how to pivot and continue to service the music community in the creative sector,'" Redman said. "We were very encouraged and felt really good about it, but obviously local bands still didn't have a big budget and a lot of people were just trying to do their own pivoting with whatever it took to make ends meet."

Mosaic's coming closure means lots of questions for its few remaining tenants, including Stuart Sullivan's Wire Recording Studio that was one of the first businesses to take residence after the rent on its former home was set to increase nearly sixfold.

Sullivan said he is uncertain what the future holds for the studio after he vacates Mosaic in the coming months.

Looking back, he said, the mission of the space was to serve as a home for those who valued Austin's history supporting musicians and the larger creative community, akin to his years-ago work at the former Austin Opera House facility.

"We were in a community where we were all doing our own thing, and we supported each other. There may be some mild competition between us, but we're friends and we had something that I had experienced before at the Opera House with Arlyn at one of its peaks," he said.

"Having experienced that sense of creative community ... it's kind of like a leaderless group, but all of us get a voice. I wanted Mosaic, especially if we were going to be able to get bond money and make it through and survive, to have that same sense of communal creativity that was so vibrant and so alive."

As a member of the city's Music Commission, Sullivan said he was patient but frequently frustrated at the slow pace taken in deciding how to allocate the creative space bond money badly needed by music and arts groups under increasing economic pressure due to rising rents or redevelopment plans.

"I knew going in that things would be more bureaucratic and slow but I had no idea how much," he said. "It may have been a hard lesson, and I've learned plenty of those. This is the way city government operates ... and I guess I was naive that it would take this much time."

Henry, who joined Mosaic as its only paid staff member in late 2018 after working as the talent buyer and event producer for the Downtown Project in Las Vegas, said he and Redman will continue to try to find a new home for the tenants who made the space a buzzing hive of activity in its best moments.

"Just walking through there in a day, there was a lot of magic happening. On any given day, both recording studios would have a local band in there recording. There'd be multiple people doing visual arts. There'd be lessons happening. There'd be gigs getting booked and bands rehearsing and the folks at Worshiper building crazy guitar cabinets," he said. "It really felt amazing. It was like, this is how it's supposed to be."

Updated 9:23AM: A previous version of this story characterized Spaceflight Records as a tenant, but they were, in fact, a community partner. The story has also been updated to clarify the timeline of the decision to redevelop the property in relation to bond funding applications. 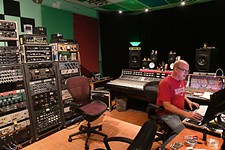 Pandemic-Shuttered North Door to Reopen Next to Brew & Brew
Eastside arts and music venue resumes in smaller space, a block from former home 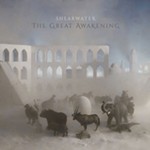