Back-to-School Guide: Stores to Shop Your Way Into Austin Music

Dress for the job you want: stylish scenester – plus recommendations on record shops and instrument stores Under the premise of "dressing for the job you want," if you're interested in becoming a sweaty, second-row, bobbing-along, music scene townie, a splashy T-shirt is a great place to start. Atop your Wranglers or miniskirt or whatever else below, the perfect subcultural tee screams, "Hey, I know about this thing!" Beyond the always solid choice of local band merchandise, find manifold options vintage and new below to shop, in person or on Instagram. Guad Vintage Market
Debuted last November, the Guad Vintage Market pops up every Sunday from noon to 5pm between presenting brick-and-mortars Pavement and Leopard Lounge, with over 30 small vendors packing your next Paul McCartney top or houseplant.

Monkies Vintage
Sustained since 2014, this outlet directly across from the UT campus spans hip-hop to hard rock in a wall of zeitgeist-referencing concert mementos, alongside apparel from the Fifties to the Nineties.

RagzRevenge
TikTok-savvy 20-year-old Yazmin Garza promotes the new Guadalupe store she opened with her parents in February after launching in McAllen. 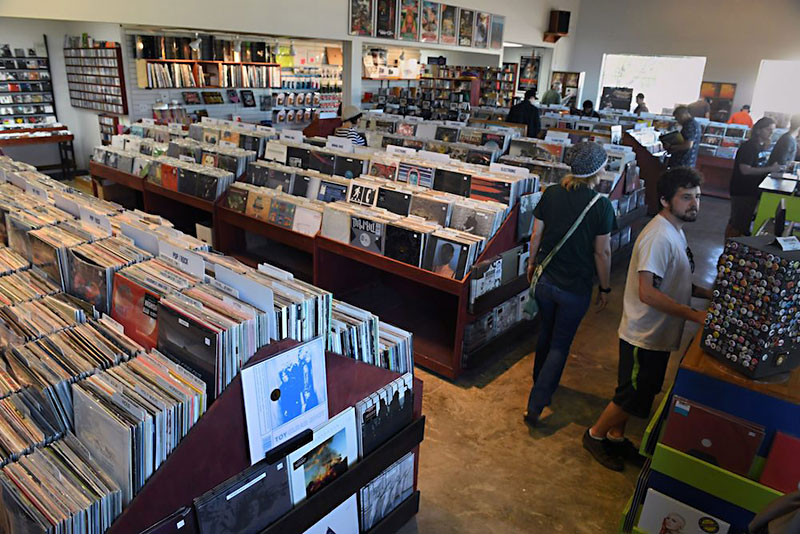 End of An Ear (Photo by John Anderson)

Find Yourself at the Record Store

Despite phones being the modern world's main conduit of recorded music, brick-and-mortar retail spaces selling physical copies of albums thrive in this musically enlightened city. Algorithms and playlists are fine for what they are, but nothing beats the record store experience: the surprise of a cool and unfamiliar LP sleeve catching your eye, the regional flavors, the informed clerks, and the fellowship of browsing alongside other music fans. Here's what Austin proper has to offer.

Antone's Record Shop
Campus-area classic with a Texas treasure trove of new and used vinyl, CDs, and cassettes, plus occasional in-stores, open to all ages.

Breakaway Records
Wide-ranging but notably soul-centric shop including rare 45s worthy of a DJ's tote bag, with a vibe fitting for the vintage store strip it resides on.

Exploded Records
While getting your Wundershowzen smoothie and wheatgrass shot at the JuiceLand on 45th and Duval, browse their vinyl enclave, which includes a clued-in clutch of beatmaker releases. 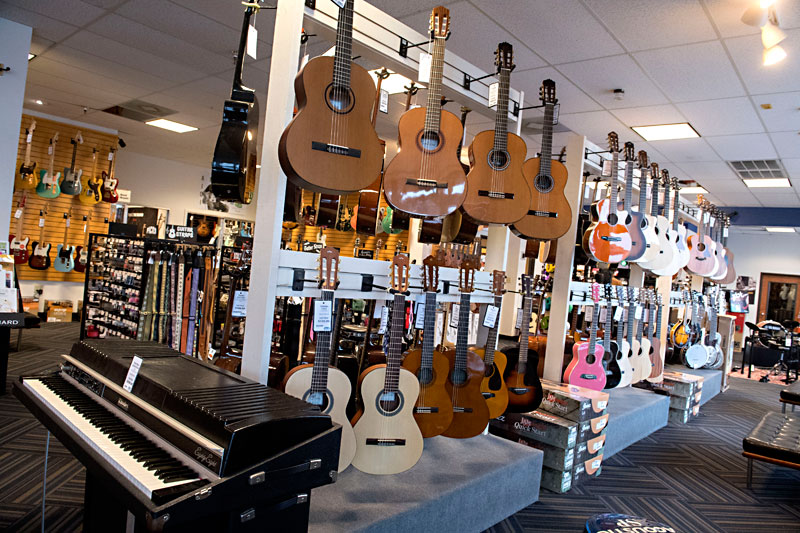 Tools of the Trade: Music Stores

Broke a string? Don't be basic and order a new set on Amazon or GuitarCenter.com. Same goes for buying that acoustic guitar for strumming songs in your dorm room or the audio interface you need to produce your contemporary bedroom-pop masterpiece. Get your tools of the trade in Austin's vast ecosystem of local shops. Here's some essential ones, ordered by their distance from UT's campus.

Switched On
A motherlode of vintage analog synths and electronic components that sees gearheads visit from the whole world over. Repairs and restoration also done in-house.

Tommy's Drum Shop
Whether you need a set of sticks or a custom kit, Tommy's Drum Shop is the place to go. Tried-and-true, it's been in the game helping local drummers keep the beat for over 40 years.

South Austin Music
New instruments and amps, plus repair and lessons at this classic spot next to the Saxon Pub on South Lamar.

Strait Music
A one-stop shop providing sales and repair services for guitar, bass, percussion, piano, orchestra instruments, recording equipment, and all else under the big tent of musical gear.

A version of this article appeared in print on August 19, 2022 with the headline: Back to School Guide: Stores to Shop Your Way Into Austin Music