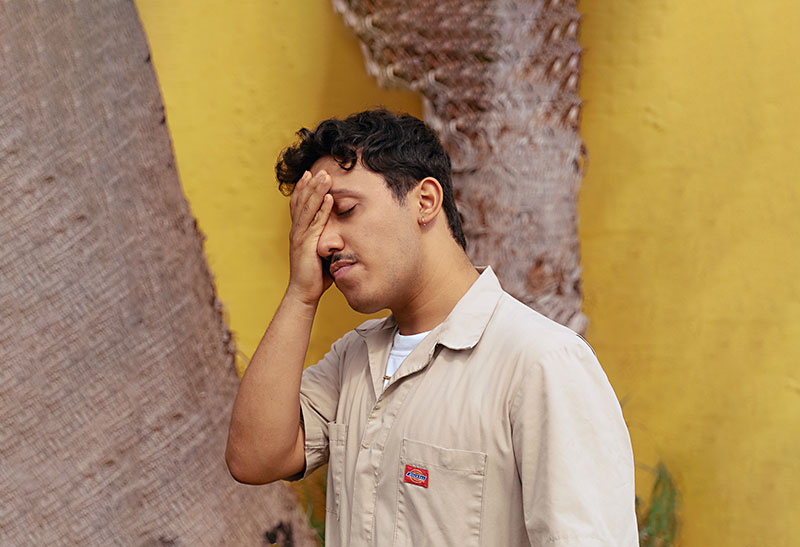 This summer in particular, venues and musicians could certainly use the business. Whether due to everyone's pandemic-delayed travel plans, consistently sweltering heat, or diminished going-out crowds hurting from inflation, the Chronicle Music team has heard reports of remarkably slow July nights from business owners and players around town.

Eleven Red River-affiliated places host Hot Summer Nights this weekend, ringing in the first-ever participation of Chess Club from the former Plush building. The team behind 2020-shuttered district club Barracuda opened their new venue in March and has proven unafraid to pack lengthy punk bills and culty-prominent names into the petite space.

Leading Austin independent promoters Resound Presents curate the weekend calendar at both Empire Control Room and Mohawk. The presenter's bookings at Empire expanded following a May business partnership and merging of staff between Resound and Heard Presents, the latter of which manages operations at the East Seventh Street venue.

While the Moody Amphitheater isn't participating like they did last year, the Waterloo Park does offer a free 25th anniversary screening of Selena, Friday at 7pm, with a preceding performance by Bidi Bidi Banda. To further bite-size the triple-digit lineup, here's 10 totally free picks across the neighboring venues. The perfect no-risk opportunity to hear something new, find a wealth of new bands, new names, and new releases below.

Curated by recent Chronicle cover subject Gabriela Bucio (aka DJ Gabby Got It) at her very own multistory club at 708 E. Sixth, this week's edition of the popular 18-and-up "Frikitona Thursdays" acts as the Hot Summer Nights kickoff. DJ Trochez, decade-plus nightclub veteran of Regional Mexican spins, leads the perreo, reggaeton, and beyond.

Finding enthusiasm from local Nine Mile Touring and KUTX based on 2020 sophomore record I Was Almost Happy, the San Antonio-launched singer/rapper spins a subtly lovesick reverie on latest "Crazy." The zany, glam-styled video for "Don't Change" is also worth a viewing.

Returning following a first run at South by Southwest, multi-instrumentalist Jason "Ariel" Bobadilla presents a playful vision of alternative R&B on their May Audiotree Live session, including standout "Dame Tu Amor." Respectfully, the bio of their popular TikTok reads, "not a band."

Community-building Aaron "Fresh" Knight, one-half of KUTX's The Breaks, hosts a hip-hop bill including Brooklyn/Austin producer DatBoyCraig. Boasting quite the beatmaking following on musical marketplace OffTop, the artist made his Spotify debut on "Bunny" with Brendan White. Preview further song credits in the video for "When I Trap" by DVMA, Craig's musical partner formerly known as Dama Nilz.

Cheer Up Charlies, Friday 5
with Dorio, the Stacks, On Being An Angel, Transy Warhol, Theo Love

This mononymous Austin DJ became synonymous with Cheer Ups and the Coconut Club rooftop in a post-pandemic blast of bookings. She rules the dance floor with a glamorously down-to-earth presence, unafraid to drop a perfectly kitchsy Y2K surprise. To be transparent, the band I'm in (Dorio) is playing this show, and I'm comforted by the insurance that people will show up to see Orya. The venue entrusted her with New Year's Eve for a reason.

For those behind on Austin's long-running sister trio (they won their first Under-18 Austin Music Award back in 2015), the former Tiarra Girls are now just the Tiarras, as swapped earlier this year. Catch the trio in their new matured era, heard on March single "They Don't See Us" with Texas label Lucky Hound Music, at a sustaining bastion of original music on the Sixth Street strip.

A new fourpiece project helmed by Leslie Crunkilton, formerly of much-loved, oft-playing dream-pop project Fanclub. This is their very very first show, which makes for an ideal freebie discovery experience.

We've recently exalted this sludgy, grungy rock quartet's savagely energetic onstage antics during a July residency at Hotel Vegas and manifold other local performances. So, if you haven't caught Die Spitz yet, there's really no excuse. Half the act even managed intimidating cool eating with a parent the other day at Eldorado Cafe.

Green Jay, Saturday 6
with the Ripe, Kiko Villamizar, the Foolish Ones

In his April 2021 obituary for Denny Freeman, Chronicle Music Editor Kevin Curtin described the Austin music mainstay as "the graceful guitarist who made everyone sound better."

To commemorate Freeman's Aug. 7 birthday, the Society for the Preservation of Texas Music, in conjunction with the Austin Museum of Popular Culture and Arts+Labor, has produced a video celebrating Freeman's life and influence; find that video on Monday, Aug. 8, on the Chronicle's website and social channels. 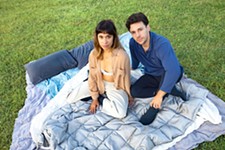 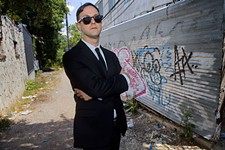 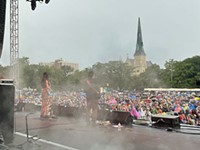 Faster Than Sound: Every Artist From Pitchfork Festival Headed to Austin This Year
My trip to Chicago is your summer-to-fall ticket-shopping opportunity 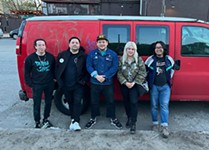 Faster Than Sound: Raw Punks Mujeres Podridas on Comfort and Love
Brutal bandmates get nostalgic ahead of free Saturday show at Fairweather Cider