May We Suggest Some Music to Chill Out Your Dog During the Fireworks?

New Austin music to drown out the booms 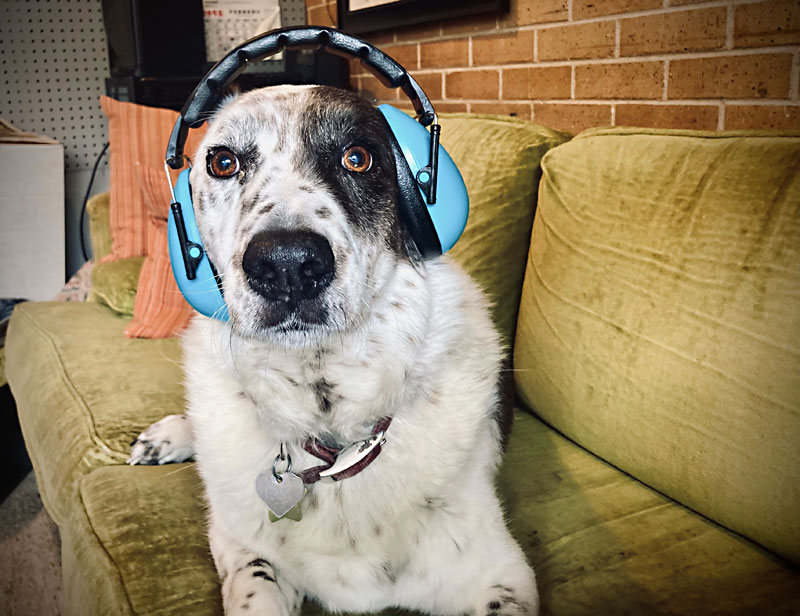 Darkness has fallen on July Fourth and your neighborhood's about to sound like it's under air strike. So your sweet dog will be trembling petrified, if not jumping on the couch and barking at 120 decibels. You recall that 364 days ago you vowed to buy one of those anxiety-calming ThunderShirts but spaced on it. Now the least you could do (in addition to some preparations) is put on some new, local, vibey chill-out music to drown out the booms. – Kevin Curtin

Sun beating mercilessly on a highway causes air closest to the concrete to heat faster than the mass above it, so that the light within that band glints and glimmers. The watery effect from this elemental distortion creates the paradox of moisture where only torridness exists: heat haze.

The back nine cooks, too: "Échate Pa'tras" cries Cuban-esque, "Ven a Mí" boils up some Kid A Nemegata, and Amalia Mondragón caresses closer "Something About Goodbye."

"Writing without overthinking and not taking a long time getting everything done," emails Cruz, "was the spark we eventually named Caramelo Haze." – Raoul Hernandez

Thor Harris and the Second Coming of Doom Dub

The Deer Look in the Mirror With "I Wouldn't Recognize Me"

As if she's standing in her childhood bedroom dispensing advice to her younger identity, Grace Rowland sings: "Be kind to yourself/ Why be unkind to someone else?" The Deer's latest dose of metaphysical moonlit rock is a comforting paean of resilience with a persistent six-word hook that plays in your head long after its four-minute run time. Riding a riff reminiscent of "Hey Hey, My My," the serene single – preceding September's The Beautiful Undead – continues to eschew the quintet's indie folk origins for a meticulously arranged, soaring sound that here rings of Fleetwood Mac. Constantly escalating musically, the track crescendos emotionally with the Q&A: "Are you ready?/ I'm ready/ … So ready." – Kevin Curtin

If you forgot to send Dad a card, you're about to feel even shittier: Just ahead of Father's Day Micah Nelson, through his project Particle Kid, released a single dedicated to Willie. "Well I figured Trigger would outlive my liver, but I'm still here writing songs," Micah sings in the opening line, lilting toward his father's iconic affect before Dad and the aforementioned Trigger join in. The song was inspired by a comment Willie made between games of pandemic chess: "If I die when I'm high, I'll be halfway to heaven." A poignant, acoustic-driven, father-son duet. – Abby Johnston