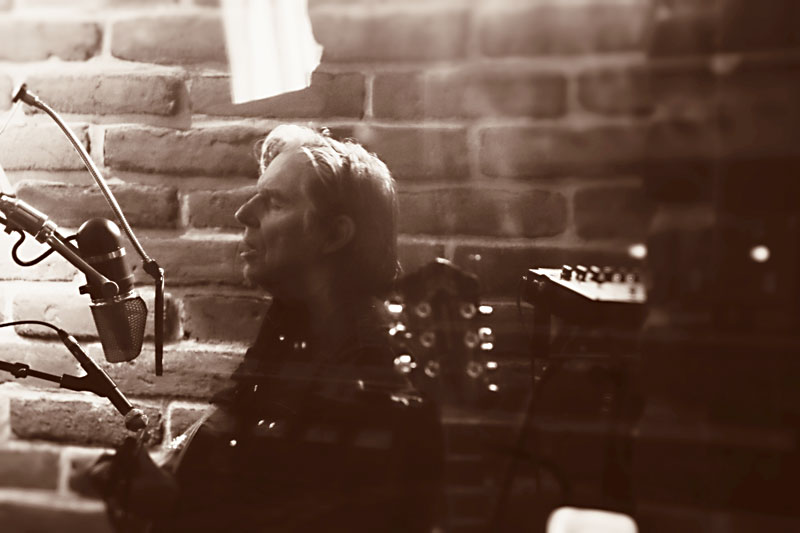 One of the most popular gateways to all things underground in 1985 was an exciting new media platform called VHS (Video Home System), and for just a few years, before Blockbuster began its epic rise-and-fall march into oblivion, there was a wonderful nationwide cottage industry of independently owned "mom and pop" video shops. They usually carried just a handful of good movies – which were always rented out – and then the rest of the store was wall to wall third-tier titles that wouldn't even register as a B movie.

One afternoon, 15-year-old me was browsing through the featured releases and I locked in on a bold black font, set against a red background: "THE REVOLUTION OF MUSIC, THE RISE OF A CULTURE… THE DECLINE OF THE WESTERN CIVILIZATION."

The back of the case furiously declared: "Their message is brutally clear. Destroy the old – make way for the new. This is punk's violent revolution. Their lawless world. This is THE DECLINE OF WESTERN CIVILIZATION!"

If the capitalization of the title on the front didn't get me, the second round of all-caps and underlined really drove it home.

And what's this about "destroying the old"? You mean we won't just replace them, like every generation before us, but we're going to "DESTROY" them?

"That guy with the X shaved in his head, he was a total sociopath ex-Marine," John Doe reveals to me as we talk a little bit about the making of Penelope Spheeris' landmark documentary on the Los Angeles punk scene, right as it was transitioning from the first wave of punk to hardcore punk, which had a far more aggressive tempo, volume, and distortion level, as well as a dystopian message that was much darker than the sort of "Anarchy in the UK" charting punk of the Seventies. Doe and X, the pivotal Eighties LA punk unit he co-founded, were one of the bands the doc focused on.

"She realized that in order to make a movie about that, it would have to be sensational … and was able to make it at a time when the scene was changing," he said of Spheeris.

Doe, whose gone on to forge a parallel career as an Americana troubadour, has seen a lot of changes in his 69 years. Growing up in Tennessee, Wisconsin, and Maryland, he took a chance on California in 1977. "I wanted to live a Bohemian lifestyle, and sure enough I found one."

That "Bohemian lifestyle" he's referring too, would eventually turn into nothing short of a cultural revolution, and the band he would form, with singer/poet Exene Cervenka, guitarist Billy Zoom, and drummer D.J. Bonebrake, would go on to continually lead and influence that revolution for the next decade.

Although Doe looks back on the chaos of his early musical life with great fondness, he's anything but stuck in it. On his 13th album – apart from records with X, and his other bands the Knitters and Flesh Eaters – he conjures less the spirit of the 1980s and more the 1890s. The Austin-based songwriter's latest album, Fables In a Foreign Land, made with the help of Willie Nelson's bass player, Kevin Smith, and first call drummer Conrad Choucroun, takes us about as far away as you can get from the mayhem of the early punk scene, and transports us to a stripped down version of the same desperation from over a century ago.

"This album is fueled by horses, not by machines," the press release metaphorically states.

But Doe reveals another silent, driving force behind this release … boredom.

"I called up Kevin in April of 2020 and said, 'What are you doing? And he said, 'You know what I'm doing, I'm sitting on my ass.' So we just started getting together on Tuesdays."

With the entire world cut off, they circled their wagons, hunkered down, and relied on music to not only pass the time, but to get to know each other.

"Since I'm not a great guitar player, they had a lot more room for melody," Doe recounts, referring to their first sessions in the early stages of the pandemic. "It was all about learning how to play together, learning how to make a sound that was ours." 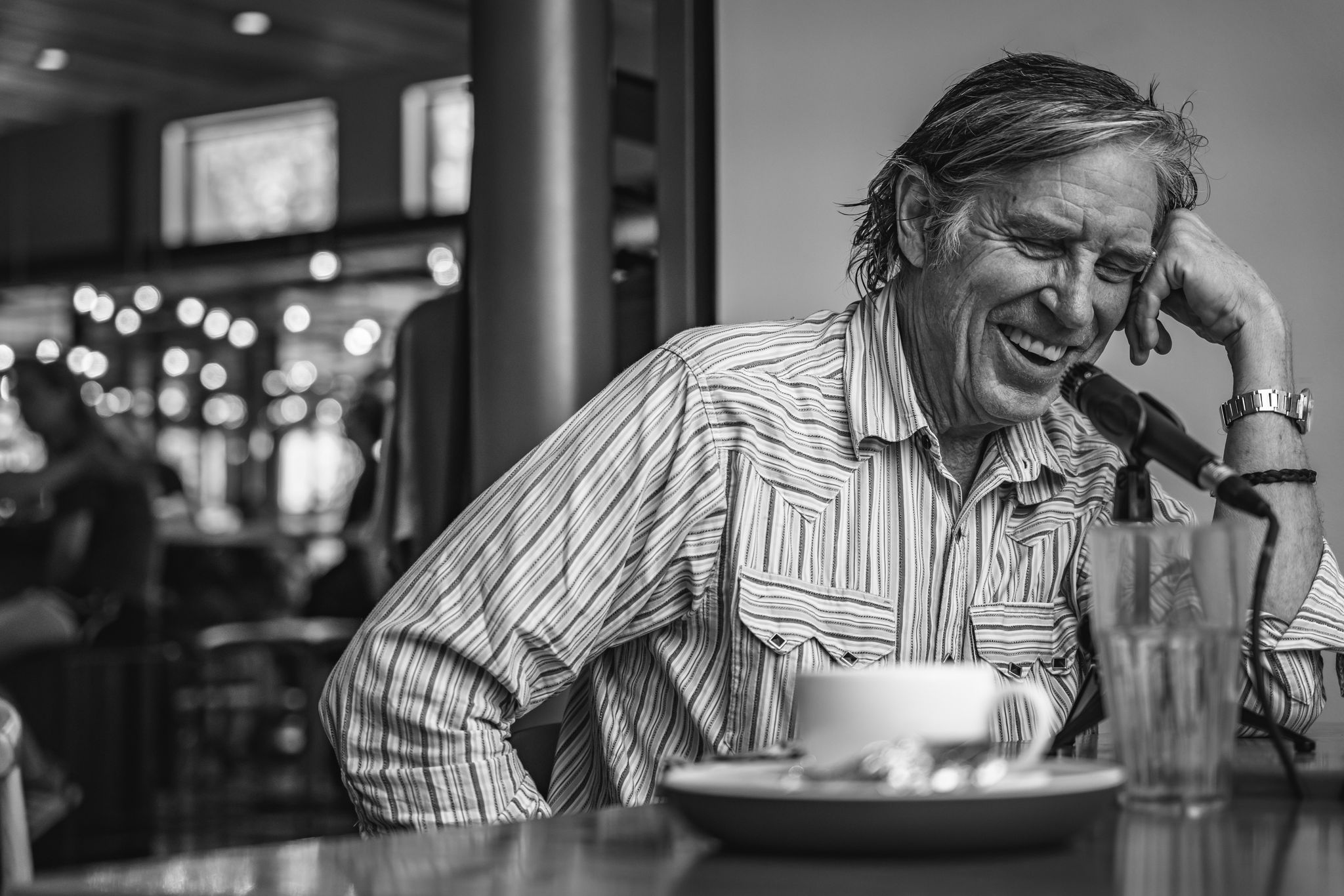 Which he did. Fables reminds us why no toolbox is complete without your basic, run-of-the-mill hammer. Because no matter how much money DeWalt, Makita, or Milwaukee spend on designing and engineering next year's sexiest miter saw, sometimes a job simply needs a heavy piece of metal stuck on a wooden handle to get things done.

Here, Doe has not only been swinging his favorite hammer, he's pulled it out of a vintage soft-leather tool bag that has his initials imprinted on the side.

The 13-track work begins with a tale of leaving the past behind for good in "Never Coming Back," a theme which must have seemed all too real during those initial days of the shutdown that served as a sort of guiding light for the entire album.

"It's the beginning of a story, it's kicking something off, it's sending the narrator away. When I wrote that one … it made me feel like now we're on the path to something bigger."

While the pre-industrial theme is maintained throughout the record with songs of threatening weather like "Down South," or the soft cries of a person seemingly questioning the existence of God in "See The Almighty," not all of the songs are influenced strictly by the distant past. "Guilty Bystander" – accompanied wonderfully by conjunto preservationist extraordinaire Josh Baca of Los Texmaniacs – was directly influenced by the murder of George Floyd.

"I was doing some virtual performances then, and I wanted to make some sort of social comment without getting on a soapbox. But I couldn't really find a song that fit."

So he did what artist's do, he got to work:

"Who do you serve?/ You serve yourself/ Open your eyes/ And say someone else/ I am not a master/ You are not a slave/ We are only human/ We must not surrender."

With the message of standing up for yourself delivered as plainly as that, Doe may have written his most blatant protest song four decades after starting a punk band. 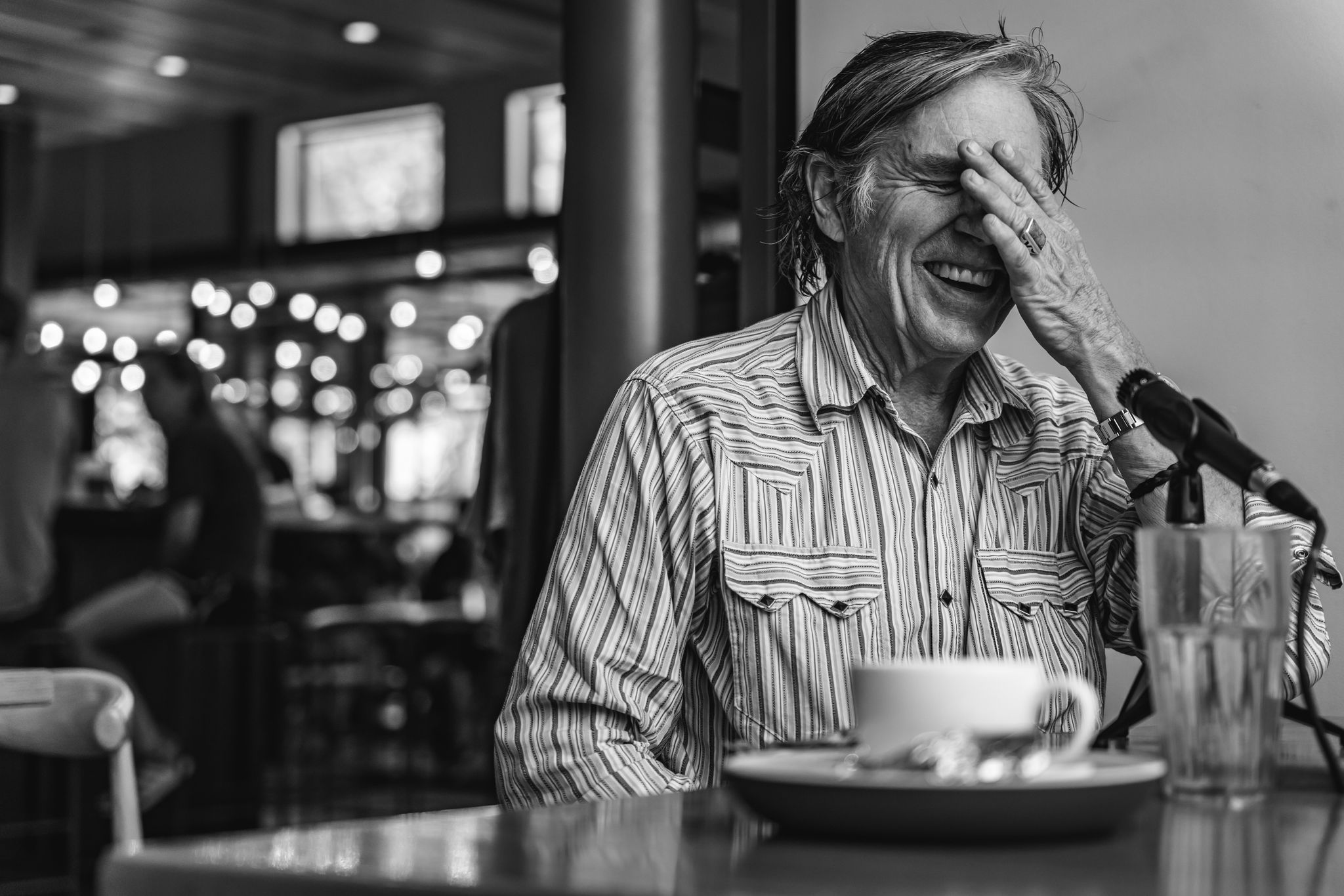 "I can be a little slow", he jokes, reminiscing about his daughter commenting on Fables while listening to it. "She said 'Oh wow Dad, there is a lot of isolation and loneliness on this record, just like what we've been going through.' And it dawned on me, I just wrote this fuckin' thing and I have to have someone tell me what I'm doing," chuckling modestly at his own near-sightedness.

Doe points out enthusiastically that the album's final song, "Where the Songbirds Live," purposely ends on a positive note.

"Our narrator gets to the end of the journey … and sees an easier place to live, a place that they can have some way of surviving. Fables are supposed to have a moral, maybe the only moral in this is to survive. To survive the alienation, to survive isolation, to survive loneliness. To survive whatever struggles you might have."

After shifting the conversation to reuniting with the original X roster for their first release in over 30 years, Alphabetland, I ask him if the pandemic revived his appreciation for playing with Zoom, Bonebreak, and Cervenka. This album marks the first time that the band has split publishing equally, which is rare. In these days of streaming, when royalties are becoming a distant memory attached to hard copy sales, most artists would be trying to increase, rather than share, whatever income they can squeeze out of a new release.

"Hopefully as you get older you don't sweat the small stuff," he replies. "You're more forgiving, you're more grateful, and that definitely applies to us".

In a pleasantly sagacious manner, he concludes: "There's a big difference between an angry young man, and an angry old man." 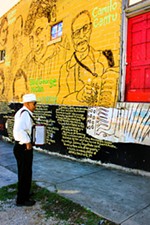 Austin’s Accordion Godfather Camilo Cantu Never Recorded, So Johnny Degollado Made an Album in Tribute
The Montopolis Kid records an homage to a conjunto force of nature