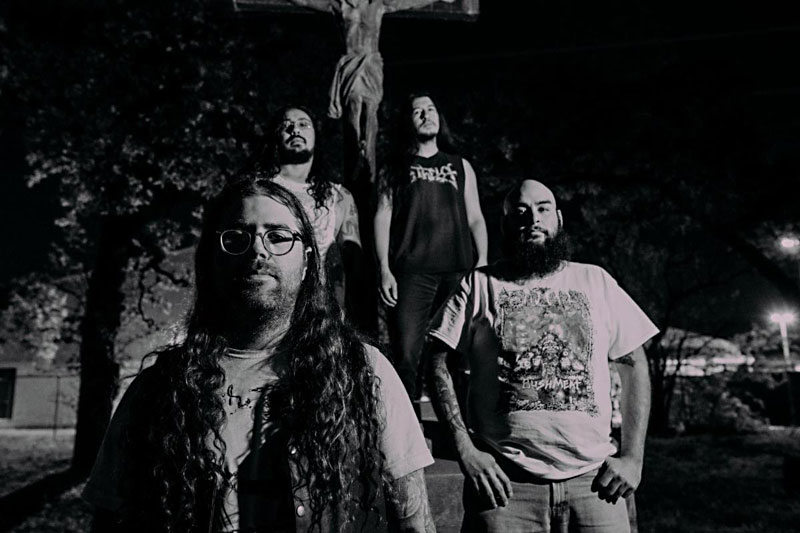 Profound Lore Records issuing your extreme metal album in 2022 strikes us as analogous to Sub Pop putting out your grunge disc in 1992. Austin-centric progressive black/death quartet Haunter released its third album, Discarnate Ails, through the critically (and consumer) beloved Canadian independent on May 6. Sponsoring Bell Witch, Pallbearer, Portal, and many more, the imprint's avant-garde outlook matches the enlightened execution of Haunter.

"[Bruni] was super nice and had hit us up right when the pandemic started," recounts group founder and local resident Enrique Bonilla early one morning for breakfast down on the Drag. "Then the line went dead for a long time, and we were like, 'Shit, we lost our chance.' Then he came back and we pretty much had the full record done at that point in time."

"Bruni was friends with him and we had mentioned to him that we wanted [Rizk] to do the album," reveals Bonilla. "We're big fans of Sumerlands and Eternal Champion and Cold World. He does such solid work with a lot of other bands that we were like, 'Yeah, him for sure.'"

Based on this triumvirate of songs, absolutely.

"Overgrown With Moss" seeps in on an ancient, moody, and atmospheric intoning on six strings solo: electric, searching, elegiac. Out it wafts, serene, but foreboding – and deep. Then Haunter explodes into black metal magma.

Heavy metal, death metal, classic metal – all erupt into one seamless alloy of every era of metallurgical arts. Arching lead guitar lines and massive bodies of riff hold the middle, while Tiffin's vocal drama rises and falls in gut-punch after uppercut after kidney pummel. Scattergun beats from Cruz all land, bull's-eye.

As the tune progresses – lurching, trudging, slamming – Haunter's gravitational pull draws you in completely to its black hole grandiloquence.

"Spiritual Illness" takes hold next in another firestorm of hardcore drum abuse, roaring DM lyricism, and thunder & lightning guitars – metallic upheaval at its finest. Rizk separates the instruments into their own sonic bubbles, in which all elements stand alone and fuse completely at the same time. As such, Discarnate Ails proves an engrossing auditory journey no less than audiobook, no small feat.

By extension, finale "Chained at the Helm of Eschaton" batters and bangs like a 900-page novel: dense, incremental, huge. Guitars form a mountainous base whose upper altitudes crack with cataclysmic chords and dread shred. Haunter pulls Excalibur from mount and hoists it aloft in flame and canonical ritual.

Halfway through, it begins quaking twice as hard, drums cascading in an avalanche of tempos as the string brigade marches forward in formation, unison, and a Sasquatch bellow leads them all. Hold on tight or lash yourself to an immovable object, if such a thing here exists. That it ends where it all began, upon some luminous guitar sanguinity, seals Discarnate Ails as fundamental, a behemoth platter for calamitous times. 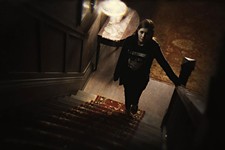 'Haunter'
A serial killer possesses a family from his grave