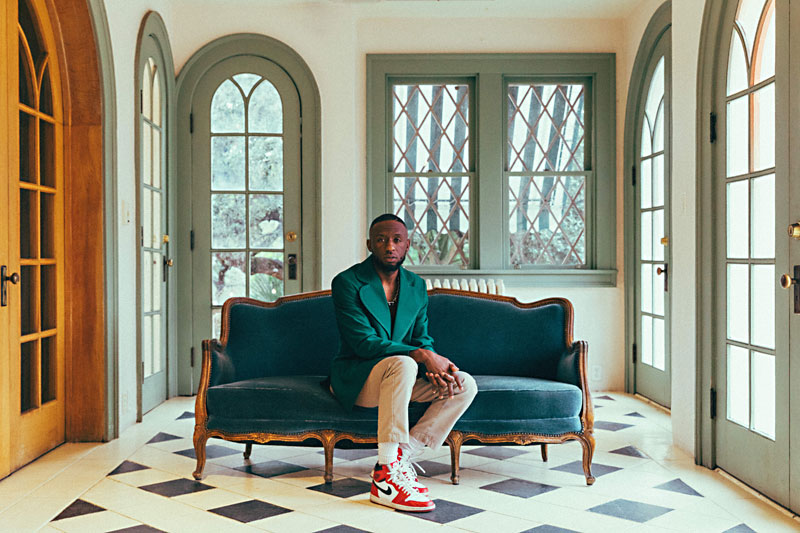 Deezie Brown’s “Malice at the Palace”

Deezie Brown pulls listeners into his dreamscape through "Malice at the Palace," the first single preceding his August-slated album 5th Wheel Fairytale. The latest segment of the Bastrop rapper/singer/producer's musical journey plies intense delivery with abstract lyricism ("This is not a song, this is a movie reel") and culminates with a soulfully screwed sample of the Delfonics.

While Deezie describes his music as a blue-collar Texas homage, informed by Chevy trucks and UGK, "Malice at the Palace" feels more like Kid Cudi cruising on I-35 at 2am – a thoroughly enjoyable ride, even without a known destination.

The titular 5th Wheel refers to an ornamental spare tire accessory in Texas' slab car culture, but it could also be interpreted as Austin being the "5th Wheel" of Southern hip-hop, perhaps lacking a standout sound like Houston, Atlanta, Miami, or New Orleans has. "Malice at the Palace" teases an artist – and a scene – coming into his own. There's no one savior of Austin rap, but Deezie Brown lets us know we're on our way. Buckle up. – Clara Wang

It's just about (heh) unheard of, but this week we're showcasing a recording that Chronicle readers might still contribute to. No, the latest Kanye rough draft hasn't restarted production in Austin. But saunter down to Hotel Magdalena's confession booth with a spicy yarn to spin and you might just end up his – or, more likely, a slightly less famous songwriter's – muse. Walker Lukens and Zac Catanzaro collect anonymous admissions in the booth, invite an artist to churn out a tune in direct inspiration, and then interview them about the creative process.

Try diving in with the two most recent episodes centered on the Magdalena, which do a great job illustrating the series' genius conceit. Between Fat Tony's earnest crunk serenade to a self-conscious "sugar dater" and the lurid Vatican City hand-job-through-frock that local legends Sabrina Ellis and Andrew Cashen (Giant Dog/Sweet Spirit) transform into a catchy meditation on overcoming differences, it's proof there's no story so outrageously personal that a little empathy and a good melody can't render it universal. – Julian Towers

Under the bass strut sample of Love Unlimited's "If You Want Me, Say It," Ifé Neuro deadpans, "There's so much to say with so little time." Fittingly, Shadows on the Wall plunges into a bedlam of tangential ideas that's chaotic, reflective, and weary-eyed all at once. "Blank Checks" juggles between a hustler soliloquy and critique as "Stüssy Birkenstock" conjures champagne dreams and "Winter in July" untangles the sinewy limbs of heartbreak and trauma. While channeling braggadocio in cerebral elegy "Prime 112," the South Carolina native threads a messianic yarn, clutching his halo in "More Than Faith" and "Call God." – Alejandra Ramirez

"I just want to break something to let it out of me," Lizzy Lehman seethes in new single "Sweet Relief," which so effectively conveys the emotional time bomb of feeling pent up that it possesses a visceral quality. Over a soft bed of synth keys and skittering sequenced hi-hats, the electronic pop performance – produced by Sara Houser as part of the woman and nonbinary production initiative Project Traction – thrives on a powerful vocal performance that feels neck-high in rising water. – Kevin Curtin

Having proved his mettle as the longtime boogie & blues six-string slinger in projects like the Tail Gators, LeRoi Brothers, and Big Guitars From Texas, Don Leady cruises on a joy ride in Panther Pink. His third in an EP series, the seven-track offering serves as an extension of Cumbia Wipeout: Blues Explosion (2022) as it coalesces buoyant Latin rhythms with the springy reverb of surf music. Make no mistake: The guitar remains his form of expression. "Blue Camino" channels the Ventures as accordions bake in the dry sun. Serpentine melodies let loose on South American merry-go-round "Lift the Clouds" and ebullient-twang closer "Lemon Drop." – Alejandra Ramirez 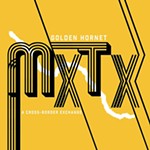 What We're Listening to This Week
A cross-border collaboration, Good Looks, Adrian Quesada, Skloss, and Letting Up Despite Great Faults