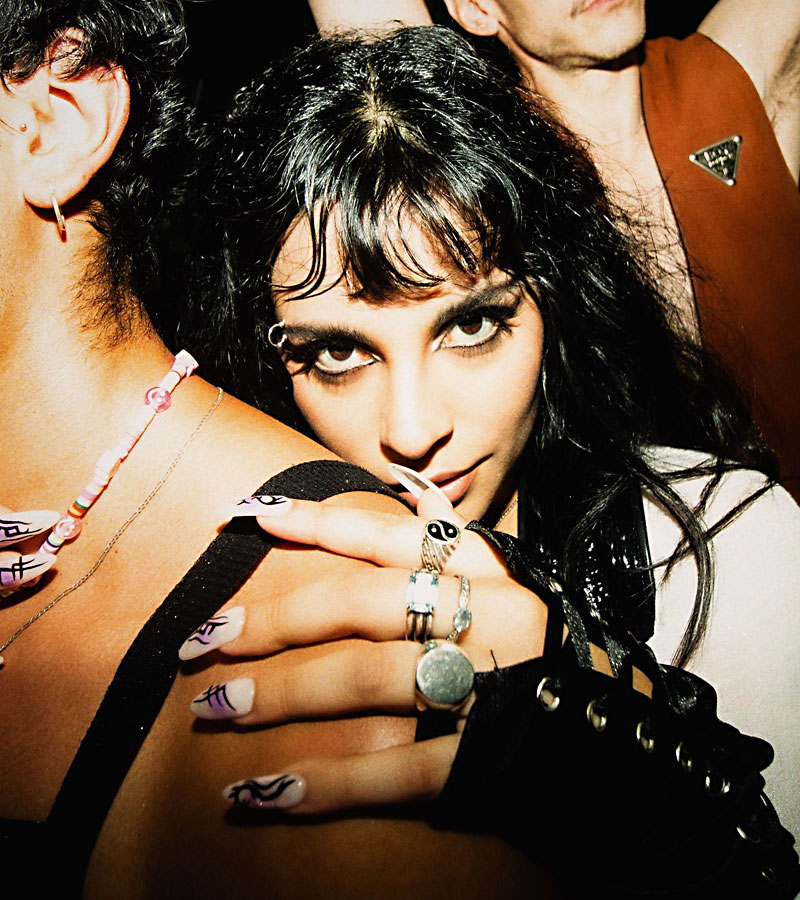 Torch(song)bearer for Mexican R&B en Español, Girl Ultra said she leaned on divination pre-pandemic to provide "a map of people before I meet them." Today, 26-year-old Mariana de Miguel prefers to discover people on her own. Her music, ostensibly as rare as a snowball's chance (see: dearth of Mexican R&B stars), has transformed similarly, perhaps also motivated by the urge to exist in "the depths of experimentation." From a string of organic, sultry-smooth R&B comes El Sur, an EP doused in house, UK garage, and indie rock.

"I have many reasons why I shifted Girl Ultra's path," says de Miguel. "It was fueled, of course, by all these club-era moments that I lived when I was younger." Four new songs plumb her early Aughts electronic habits, and three skew rock. Gently skittering UK garage song "Para Q Te Acuerdes de Mi" is her favorite of the EP.

"All of these awakenings that happened to me in the south of Mexico City when I was a teenager – I was trying to replicate these new feelings about love, sex, music, about friendships," she said. Raves and rock aside, de Miguel recently connected with Austin producer/luminary Adrian Quesada to feature on forthcoming LP Boleros Psicodélicos and is collaborating with Canadian funk duo Chromeo on an all-Spanish-language album. Typical Scorpio energy. – Christina Garcia


One of the most inexplicably overlooked bands in Austin, jazz, etc., Nori continues to promote last year's excellent self-titled LP with a rare show con strings. A trio of violinist Christabel Lin, violist Leigh Wallenhaupt, and cellist Sara Nelson will join singer Akina Adderley (daughter of jazz/soul keyboardist Nat Adderley Jr. and grand-niece of saxophone colossus Cannonball Adderley) and crew as part of the quintet's already silky-smooth textures. If the YouTube video of the band's trio-enhanced take on "I See You" is any indication, expect heart-on-sleeve beauty and string-laden soul. – Michael Toland


Houston street bard Maxo Kream brings his unique brand of contemplative storytelling to Emo's this Saturday. The 32-year-old is in his prime right now, carving out his own lane as a veteran of both the rap and the dope game following critical major-label successes Brandon Banks (2019) and Weight of the World (2021). Over stark beats, he delivers every detail of the hood life without any romance: witnessing his first shooting before he even lost his virginity, and the baby daughter his dead brother is missing out on. Never any fluff, there's no unnecessary preaching, because he's a "Cripstian" first. – Clara Wang


As the Seattle grunge pioneers cruise toward their 35th anniversary, Mudhoney celebrates their hard-won longevity with last year's reissue of 1991's Every Good Boy Deserves Fudge with a rousing tour to prove they haven't lost a step. Frontbard Mark Arm still yowls like Jason Beghe on the electric chair, and the band's garage grunge (garunge? grarage?) still hits like a club made of ponderosa pine. Still led by the Kirkwood family (with brothers Curt and Cris now joined by Curt's son Elmo), Arizona/Austin's ever-abiding Meat Puppets open with their patented acid-drenched and desert-fried cowpunk. – Michael Toland

Hole in the Wall, Tuesday 17


Going to shows on only the weekends is for amateurs, and the Hole in the Wall's cozy front room remains Austin's quintessential venue for off-night songwriter spectacles. Little Mazarn, the all-encompassing outsider folk vehicle of banjoist/cellist/bassist/vocalist Lindsey Verrill (typically accompanied by saw-bowing multi-instrumentalist Jeff Johnston), has been flipping through her Rolodex to assemble excellent lineups for a Tuesday residency. Week three features songwriter's songwriter, painter, author, and indie folk everyman Will Johnson (of cult Texans Centro-matic and South San Gabriel), who recently posted a studio photo with Verrill, as he sets another stone in his towering solo discography. Also Hole-ing: Wilson Marks, purveyor of clever lyrical quirk and jazz-studied guitar skills whose compositions butter your brain delightfully. – Kevin Curtin


Yes, it's that H.R. – the backflipping lead singer for superhuman Rastacore pioneers Bad Brains. Just do not expect Bad Brains. H.R. informed UK metal mag Kerrang last year that he and the band have parted ways: "From me, you can look forward to hearing some of the sweetest reggae music that you've ever heard in your life," which recent single "Universal Love" bears out. Opening acts include superior Black hardcore acts Böndbreakr and Black Mercy and white Rasta Audic Empire. – Tim Stegall 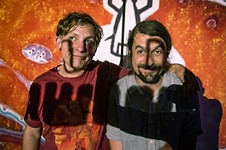