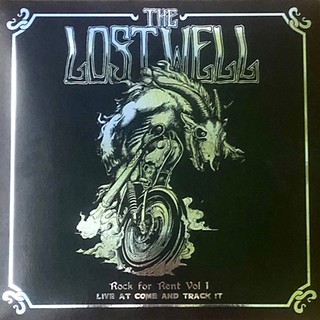 Is there any image more representative of underground rock & roll than a grimy steel urinal, plastered with dozens of punk and metal band stickers? The Lost Well's Tetris-piece piss trough, brimming with a fresh load of glistening ice cubes, opens as the gatefold photo supreme gracing the deafening dive's new vinyl comp. While the stickers themselves could serve as a solid primer on the venue's resident scene – or at lease those daring enough to touch an extremely unsanitary surface for self-promotion – I'd recommend buying this silver vinyl, available at the bar, instead.

Update: a previous version of this story mistakenly attributed the a vocal part, lovingly described as "too-apathetic-to-sing nihilism," on a recording of We Are the Asteroid's song "Nothing" to singer/guitarist Gary Chester when it was actually the voice of bassist/vocalist Nathan Calhoun. We regret this error.