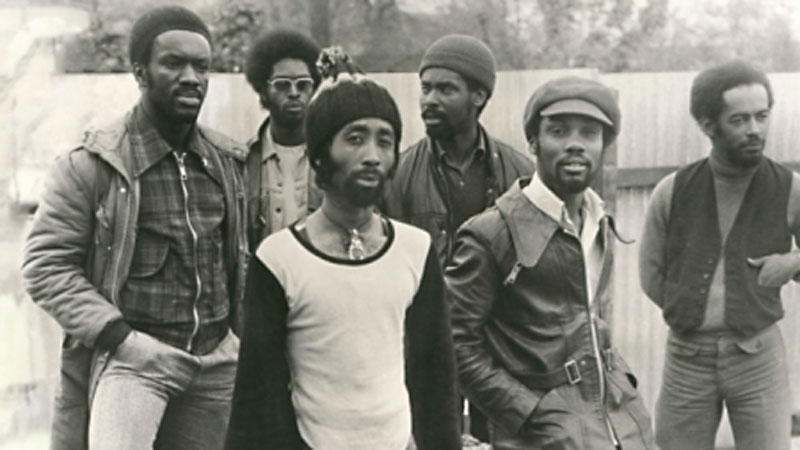 This, my friends, is what it's all about. A rare opportunity to see two legendary international cult favorites on the same bill. Cymande – subject of the excellent documentary Getting It Back: The Story of Cymande that premiered earlier in the Festival – brings their sublime Rasta-tinged spiritual funk back to the States, where they first opened for Al Green nearly 50 years ago. The nine original members were all Caribbean-born and emigrated to England as part of the Windrush generation, where they released three masterpiece LPs from 1972 to 1974. While Cymande has existed in relative obscurity, their music was covered by bands from Panama to Jamaica in the Seventies and sampled by hip-hop royalty like the Fugees and De La Soul decades later. Stars of the short-lived but brightly burning Seventies Zambian rock scene, the expanded acronym for W.I.T.C.H. says it all: We Intend to Cause Havoc. Led by Zambia's first rock star, Emmanuel "Jagari" Chanda, W.I.T.C.H. casts a mesmerizing spell of fuzzed-out lo-fi psychedelic rock. Jagari is the sole surviving original member of the band – and one of the few living musicians from the entire Zamrock scene – but the 71-year-old frontman has charisma to spare while leading the band's new iteration. Gold Diggers x Aquarium Drunkard have rounded out the bill with a hip curatorial eye, but the can't-miss bands are those you'll likely never have the chance to see again. – Thomas Fawcett

Beginning as a solo artist in 2017, Fort Lee, N.J.-native Baba Ali was thereafter joined by British guitarist Nik Balchin and is currently based out of London. Their latest effort, 2021's Memory Device, weaves Eighties synth funk, strong dance beats, and existential angst to paint a dark story of what it feels like to walk out of a Berlin club as the sun comes up. No, you can't run away from your problems, but with the right drugs they can wait until tomorrow. Not to mention, Ali is related to Fela Kuti, so you know the kid's got soul. Fellow pond-hoppers Wet Leg, Sinead O'Brien, Self Esteem, and the Lathums open. – Clara Wang

If you can't find a secret tunnel rave, the best option for dance music at SXSW is the Coconut Club complex. On Friday night, the main event starts at midnight, when Detroit legend Omar S brings to the laser pit an unpredictable mix of raw techno and soulful house that he's been fine-tuning for over two decades. Next at bat is Seven Davis Jr., a disciple of Gilles Peterson whose futuristic funk will wilt even the worst wallflowers, followed by an after-hours set of kinetic club music from Houston up-and-comer Oye Manny. – Dan Gentile 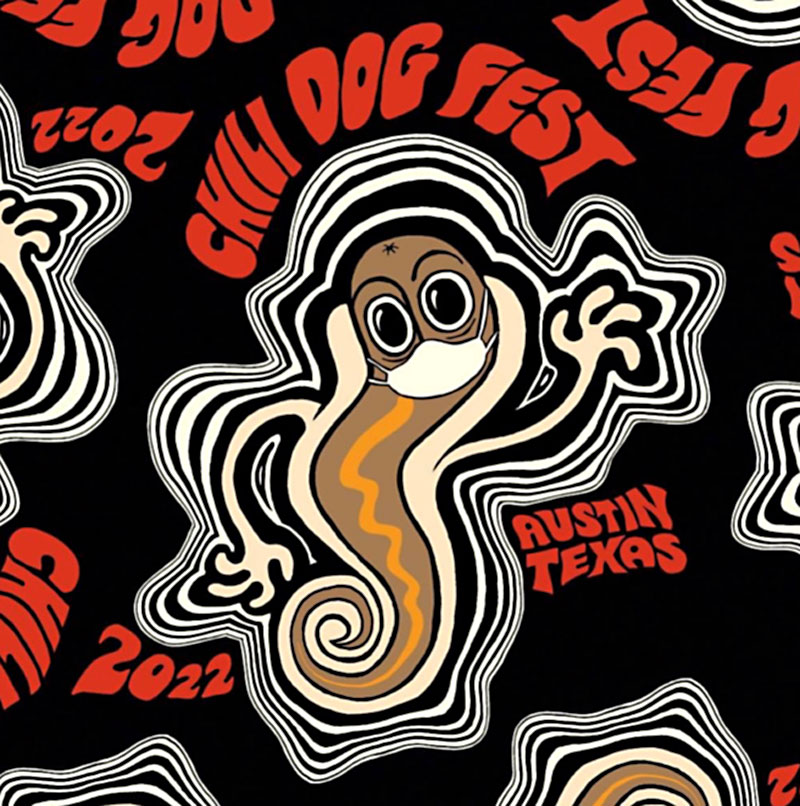 The annual Sunday SXSW comedown (and back up) returns and expands this year in both duration and geography, growing from its original Side Bar/Empire confines to kick off Friday and Saturday at Eastside restaurant Saddle Up. Chili Dog Fest organizer Doug Niemczura has programmed the three-day bash with a mix of reliable local faves (Crack Pipes, Loteria, TV's Daniel, Gospel Truth) and visitors such as punk hero Mike Watt's new project mssv, Cleveland sound sculptors Factual Brains, and southern rockers Lee Bains III & the Glory Fires (playing at Side Bar five consecutive days ... pray for their livers). As always, door admission for Chili Dog Fest benefits local charities: Austin Humane Society (Fri./Sat.) and Central Texas Food Bank (Sun.). It'd be simplistic (but accurate) to think of the Sunday lineup as the closest we'll ever get to a Beerland class reunion, lest we forget the beloved punk bunker around the corner closed in 2019 without a proper send-off. With two years of pandemic creating unexpected distance from that unfortunate turn, CDF's lineup exists as a much-needed callback to Beerland's loud/dirty/fuck-around-and-find-out guiding ethos. Daily faves: Fri., Crack Pipes, Moist Flesh; Sat., Croy and the Boys, the Tender Things, Liz Burrito; Sun., Wes Coleman Band, Lee Bains, A. Sinclair, the Mellows, Ugly Beats, and Bad Lovers.– Chad Swiatecki