Atlanta band wears Georgia on their sleeve ... and also their arthouse inspirations 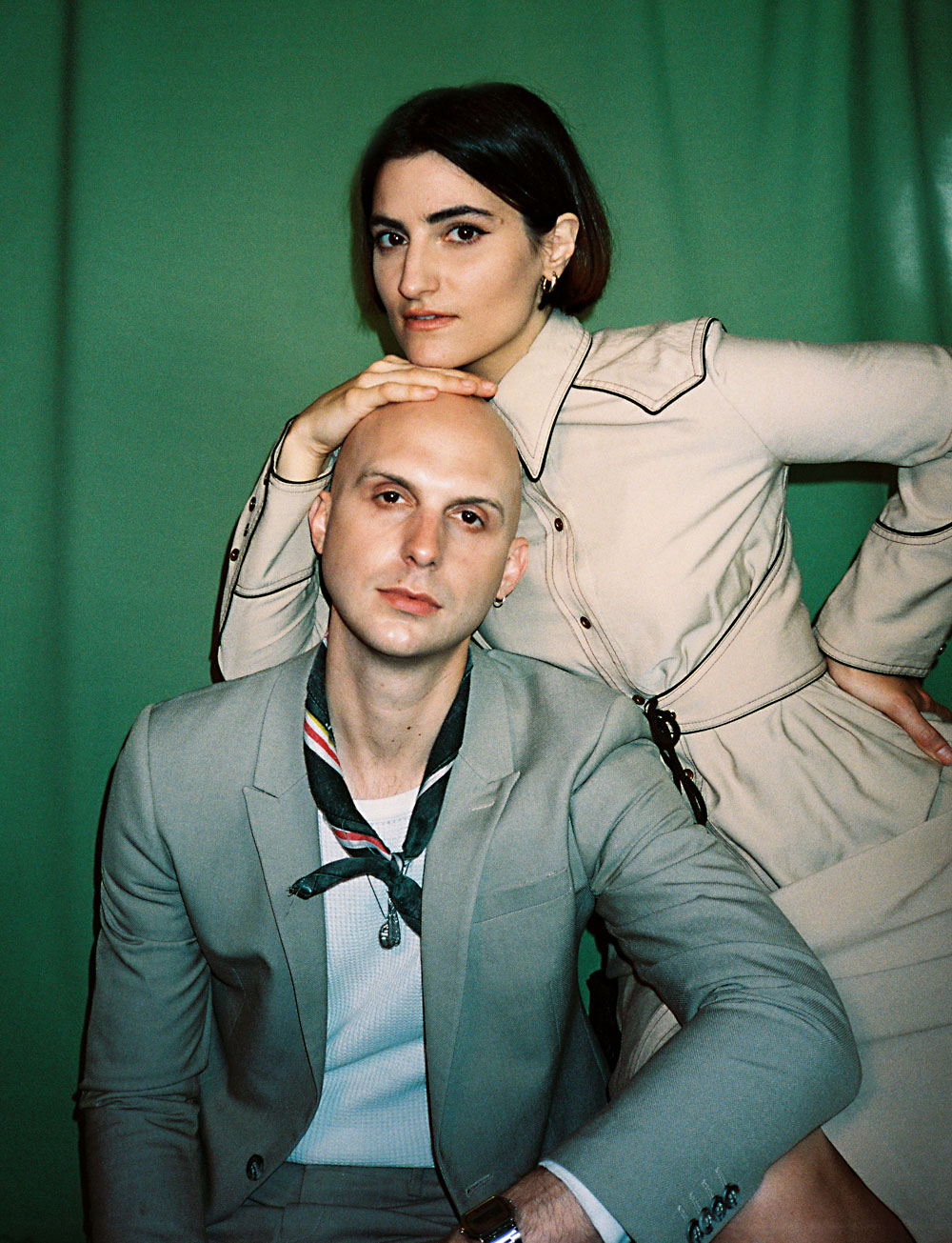 Musical duo Mattiel exudes a sort of artful Southern gloss in their dark jangle-pop productions. The Atlanta band, consisting of Atina Mattiel Brown and Jonah Swilley, wears not only Georgia on their sleeve, but also their arthouse inspirations. Their newest full-length, Georgia Gothic, is not only chock-full of offbeat narratives but has lush visual accompaniment to boot, in the form of eye-grabbing album art and music videos.

“Our most recent video, for ‘Blood in the Yolk,’ is a concept I put together referencing a 1969 surrealist art film called The Color of Pomegranates,” Brown says of the visuals. “I spent weeks securing wardrobe, props, and locations for the filming. I realized at some point that I had to make some of the wardrobe myself ... so the hats are made of cardboard and spare upholstery fabric fastened with staples.”

Brown describes it as DIY, but take a look at any of the band’s many music videos and you’ll feel immediately engrossed in the occasionally hallucinatory visuals. Not to be outdone, the music of Mattiel blossoms behind the songwriting chops of Brown and Swilley. “Blood in the Yolk,” for example, has a Lynchian musical quality, with organ and a twangy, brooding guitar tone telling the story of a last-ditch effort to repair a relationship.

“We wanted to implement cyclical song structures to make you feel like you’re in a trance or inside a music box,” says Swilley. “While writing the album we would take breaks and watch movies to decompress. I was trying to make something musically that could play behind the movie Blue Velvet.”

Where “Blood in the Yolk” is somber, the single “Jeff Goldblum” has a bustling, nearly motorik force behind it, and over almost 3½ minutes Brown sings in a muscular croon about a dream featuring a Goldblum doppelgänger. This time, though, the music video is a fan-style edit of Eighties Goldblum hits.

Mattiel heads out on a rigorous tour in support of Georgia Gothic, and will be at SXSW when the album releases.