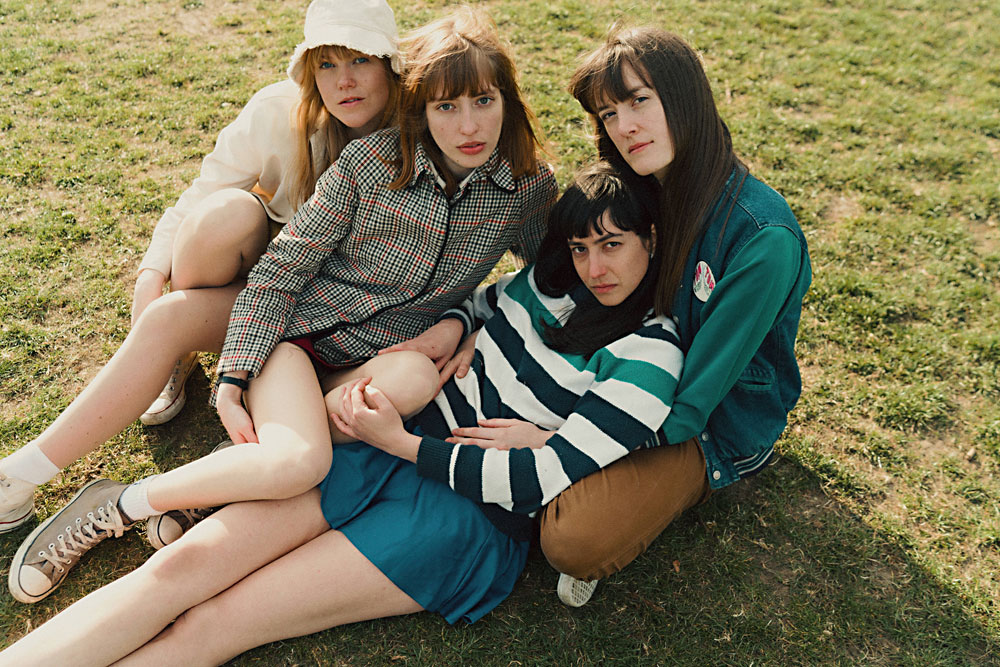 Like the British Invasion re-landing on these shores in the Sixties armed with American R&B, Los Bitchos arrive in Texas for the first time bearing a Lone Star and all-points-South (American) soundtrack: cumbia. Produced by Franz Ferdinand frontman Alex Kapranos, the London foursome’s debut Let the Festivities Begin! popped the cork last month on contemporized Latin dance-folk, those Indigenous rhythms of the Americas fused with European musical traditions from Spanish conquistadors plus influences from enslaved African people. Now boomerang it all back to ATX.

“Growing up in cold and wintery Sweden, I find that cumbia transports me to tropical warmer weather and a culture very far from the one I grew up in,” emails bassist Josefine Jonsson.

“Cumbia was a big inspiration for springboarding the concept of Los Bitchos, along with many other influences such as Turkish psych, pop, shoegaze, rock.” – Guitarist Serra Petale

“Cumbia was a big inspiration for springboarding the concept of Los Bitchos, along with many other influences such as Turkish psych, pop, shoegaze, rock,” offers Petale. “It’s interesting to witness how all these influences worked alongside one another throughout our debut.”

Psychedelic slink of international origins anchors the band as equally as cumbia, so their collaboration with modern Dutch mystics Altin Gün makes perfect sense. So would a bill alongside Texan ascendants Khruangbin, who Jonsson applauds. Ruiz mentions London twosome Audiobooks.

“The album showcases some of the first songs ever written for Los Bitchos,” writes Petale. “Alex brought a great, fresh perspective about songwriting and production. He put so much of himself into this record, as did we, and I think that’s what made it so magical.”

Wednesday, March 16, 1am, Cheer Up Charlies