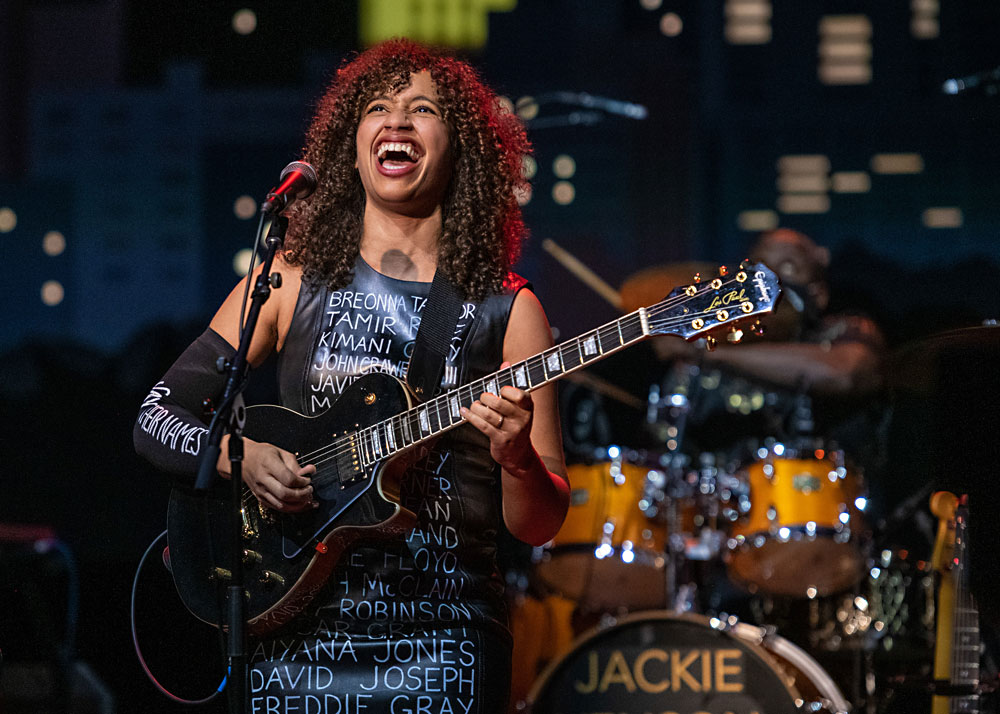 “These last two years have been crazy with seriously huge, huge growth for me.” – Jackie Venson

“You’re talking to the one person that doesn’t apply to,” she FaceTimes from her livestream studio/domicile in Central Austin. “These last two years have been crazy with seriously huge, huge growth for me. If you were looking at a graph, it’d go, ‘Do, do, do – BOOM.’ It would shoot up in July 2020 and just keep going.

In 2020, native guitar quasar Gary Clark Jr. swept the Austin Music Awards with contemporary blues cruise This Land. Last year, those honors passed to Venson, who took home Musician of the Year, Album of the Year for Vintage Machine, and Best Livestreaming Artist. She graciously left Band of the Year to the Black Pumas.

Crushing an Austin City Limits taping, while wearing a dress adorned with the names of Black casualties to police violence, continued to raise her profile.

“It’s so weird that we’re in the craziest world, but then my albums are home runs, out of the park,” she wonders from a space three times bigger than her last apartment. “No other release can even compare to the amount of streams and sales I had on [Love Transcends].

“And it’s not like I didn’t always work this hard. Y’all have been here, shit. Hard, hard eight years. Hard all over the world. This happened after I’d been putting all this stuff on the internet and getting online experience. Then we lived through these past two years where the only form of entertainment was through the internet.”