Ayo Tamz, Blushing, Whookilledkenny, Chief Cleopatra, and more have us dialed in 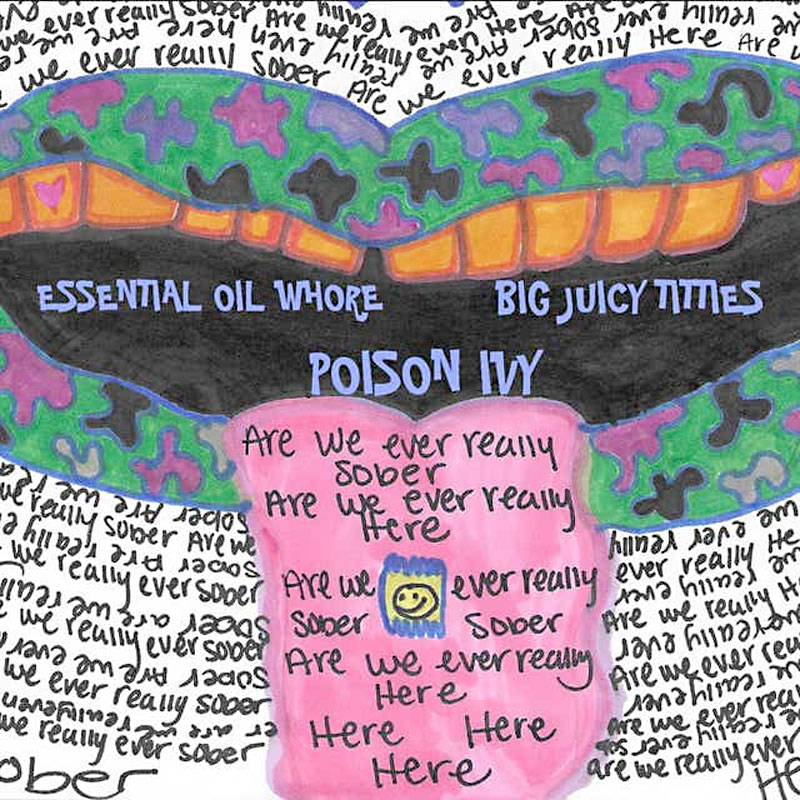 Young reggaetonera Ayo Tamz has released sex- and dembow-drenched bilingual tracks since 2019, but the Texan branches off into her "alt-pop princess phase" with latest EP, Sober Here – three cuts of her signature irreverence and unabashedly brash lyrics over new styles hinting at what's to come. "Essential Oil Whore" is a bright, simple house track with a droll, cool vocal delivery and sacred medicinal journey inspiration. Did the hippies of yore have such fun, rap-informed soundtracks? Tamz sells her own blends of essential oils under the name Bonita Essentials and her lyrics sound like the creative ad-libs she's ace at. A promised "perra house hoe album" might sound like this, but Tamz says she has no one producer. All menace and threats, "Poison Ivy" stems from the same herb-infusing kitchen witchery as track one, but introduces a rhythm tinged with rock guitar power chords for a darker presentation of this plant steward eco terrorist persona. Her emotive delivery scales up into "Big Juicy Titties" where the usually unbothered, joyfully sex-first artist makes a statement about male energy being last on her list of favorite things. Tamz agrees with her sometimes-collaborator DJ La Moon that the local reggaeton scene will eventually blow up. She's working on other styles until then.– Christina Garcia

When hues of pinks, reds, and purples found the music of shoegaze and dream-pop, they found a perfect mate. From Kevin Shields glide to "Cherry-coloured Funk," it's a relationship of form and function that's outlasted its originators, many more adopters, and survived the peaks and valleys of indie music. Blushing, a fourpiece composed of two husband/wife duos, carry the magenta torch in these modern times. On "Sour Punch," second single from their forthcoming Possessions album, the band employs hazy guitar riffs and honeyed vocals to construct a sanguine pop song, a smeared canvas of pigments structured around lyrics describing the struggle for independence within a relationship.– E. Ryan Ellis

Austin-raised Whookilledkenny stacks P. Diddy potential. With multiple businesses, a budding tequila line, and a penchant for taking care of his people (when he moved to L.A. in 2019, he bought his mama a BMW), the mogul-minded 24-year-old continues to be all about his money on November EP No Refunds. The six-track effort centers around ever-entertaining, if repetitive, themes of exotic dancers, ballin' on bitches, and occasionally wise investment advice ("Pay Yuh Debt") over invigorating hi-hats and overdriven 808s. No Refunds proves Jackson has been putting in work and is ready to see a return on his investment.– Clara Wang

Overwhelmingly raw and hardcore inner melancholy – two components dominating Chief Cleopatra's latest emotional self-reflection "Dreamlights." Comparable to the climactic break up scene in a Shakespearean drama, the singer, having recently signed to Park the Van, cuts deep, making hearts heavy and suppressed emotions rise through blushing cheeks and boil over in tears. "Nothing behind me except for you/ I can't even stand the thought of you/ Get out of my head/ I deserve better," the songwriter demands, unleashing lustful anger through forcefully angelic vocals over barren accompanying chords – exceedingly timeless and painfully relatable.– Morgan-Taylor Thomas

Saustex Gets in the Christmas Spirit

Christmas comes early this year with holiday singles from Saustex Records. Perched with an acoustic guitar, Stevie Tombstone's "Christmas on Red River" gallops down the music strip conjuring lonesome country blues. The Krayolas, meanwhile, take on "Rudolph the Red-Nosed Reindeer," giving it a Tex-Mex makeover with Augie Meyers' accordion flourishes. Like a tree ornament, iridescent pop electronics and bell embellishments sparkle on Hamell on Trial's "Jamie Nicole," then a holiday gathering goes awry at the Beaumonts' household where "Cocaine Christmas" and "Jesus Versus Santa" have Saint Nick sleighing in on winter drug deals and scrapping with the Son of God.– Alejandra Ramirez

By design, New Age drone requires the listener's undivided attention, live or with headphones, to allow its medicinal intent to blossom, and Neil Lord is nothing if not intentional. Exiting a summer that saw the co-creation of a guided meditation video series alongside Jesse Hill as duo Calm Palm, Lord returns to the cassette format he's thrived in to weave two sidelong tapestries alternating feelings of buoyancy and determination to promote cardiovascular and circulatory health. "Path of Veins" retains an enraptured lightness, while "Criminal Love" finds its imprint in pulling mercurial energy from the self.– Greg Stitt 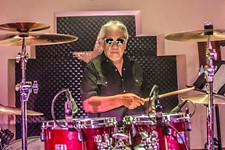