Faster Than Sound: Aftereffects of Astroworld 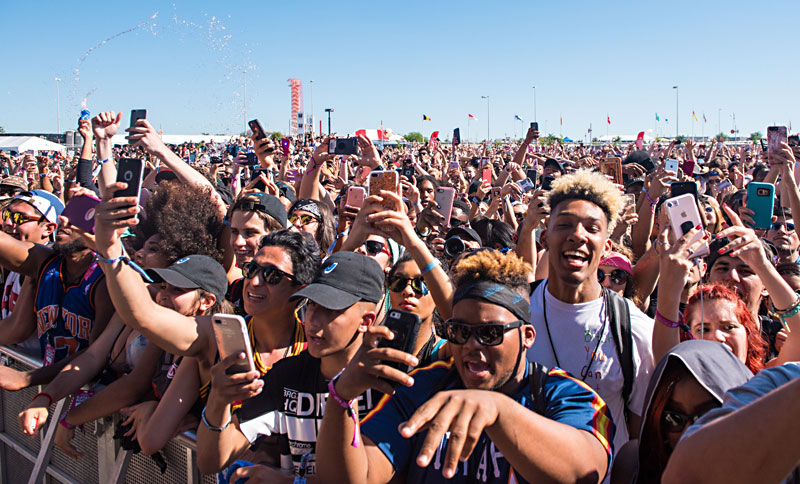 An interesting byproduct of tragedies is the semantic shift that ensues. The name "Astroworld" once conjured memories of a bygone Texas amusement park. Then, in 2018, when Travis Scott released his landmark album and subsequent music festival, the word – at least for a young demographic – became identifiable with the Houston rapper's high-energy art. Now and forever, Astroworld is synonymous with a concert devolving into deadly chaos.

A hellish scene of ongoing crowd surges at the festival's opening night on November 5 left 10 attendees dead and hundreds injured, including a 9-year-old who died last Sunday following a medically induced coma.

A similar change in connotation probably occurred with the word "altamont": first meaning "high mountain," then, after the infamous 1969 free concert at California's Altamont racetrack where four attendees died, including a young man stabbed by Hells Angels security, the word became representative of death – perhaps even the death of a generation.

One thing's certain: the way large concerts are operated is now being scrutinized in the wake of Astroworld. Among the elements being called into question: crowd configuration, ground conditions, the concert not being halted for obvious mass injury, security staffing, and even the energy that an artist's music can provoke.

Anthony declined to comment before the task force's first meeting, planned for sometime this week.

ScoreMore's logo is prominently displayed on the "Event Operation Plan" for Astroworld, which CNN obtained. The 56-page document has drawn criticism for instructing staff to refer to dead concertgoers as "smurfs" on radio, but what's gotten even more attention is a lack of specific protocols related to crowd surges – though it does discuss crowd management in relation to preventing a "civil disturbance/riot."

That may not be abnormal. Several concert promotions executives with experience staging large-scale events in Austin tell the Chronicle they don't recall crowd surges being explicitly addressed in operation plans. Separately, one representative for a major local music organization revealed their staff trains for crowd surges before every large event.

ScoreMore's plan lists only two positions with authority to stop the show: executive producer and festival director – both names redacted. While there's an argument that stopping a concert risks inciting civil disturbance, those with the power to pull the plug at Astroworld didn't do so when it became a mass casualty event.

ScoreMore declined to comment, providing a joint statement with Live Nation saying the companies "remain focused on working with local authorities to support their investigation in the search for answers."

In 2009, Sascha Guttfreund and Claire Bogle founded ScoreMore as Austin-based college students. Hip-hop shows at fraternities grew into major bookings at the Parish and Emo's, and within 10 years of its establishment, ScoreMore grew into Texas' largest independent promotions company. In a 2014 Chronicle interview, Guttfreund described his taste-making methodology.

"I surrounded myself with other 18 and 22-year-old music fans, and we all voted on what acts to book."

Early on, the boutique agency used a network of fellow college students to sell paper tickets to shows. The promoters were compensated through internship credits, admission to shows, or cash commissions. Multiple former employees who spoke with the Chronicle said the company ran on their popularity or "social capital" to attract free workers.

"I don't think anyone was getting paid, or paid very well," said one former intern/contract worker who spoke anonymously. "They would make these kids hustle. There was very much a sense of 'you've got to do this if you want to get in the music industry.' A lot of those kids wanted to be artists or managers, and they were hungry."

The employee says ScoreMore relied heavily on unpaid roles that extended beyond single semesters, many of which were filled by young women: "I do feel like they were a company that exploited me, and paid me as little as they possibly could when appropriate. I'm not surprised that those people will cut corners for cost.

"They were also really willing to not do things by the book, like Claire and Sascha were dating. It was very close-knit, like family. But also, people [on the team were] in relationships, and not working normal hours going to these shows."

A report in Rolling Stone last week saw former ScoreMore employees accusing the company of "disorganization, cost-cutting, and unprofessionalism." In it, Guttfreund's former assistant, David Tran, alleges his boss punched him in the face for pocketing unaccounted box office cash.

Etienne Maurice tells the Chronicle he was ScoreMore's first videographer, joining the company informally during its founding years while he studied at Huston-Tillotson University. He says the company formed a network of tour stops in Austin, Dallas, Houston, and San Antonio with "literally perfect timing" regarding the decade's wave of breakout hip-hop.

"ScoreMore gave me my first platform as a filmmaker, getting a behind-the-scenes look at musical legends before they popped off," says Maurice. "Claire and Sascha really built something special. Were people taken advantage of in that process? Hell yeah. I was paid very little, but I was a freshman in college. So, $100 to shoot and edit freaking Big Sean on his first tour? I was like, 'Hell yeah.'"

The promoters grew in stature with the legendary after-hours South by Southwest event Illmore, a collaboration between ScoreMore and hip-hop site IllRoots. Founded in 2011 as a private house party, the annual shows evolved to host performers like Lil Wayne, Diplo, and Chance the Rapper until its final year in 2016.

"We rented out this big house, and every single artist you could think of came through," remembers Maurice of Illmore's roots. "It was straight out of a movie, but they were all just chilling. That was the love ScoreMore got – it wasn't flashy or Hollywood. ScoreMore was a reminder of what it felt like to be regular kids in college, listening to music and enjoying the scene."

In May 2018, ScoreMore sold a majority stake to industry giants Live Nation. At the time, it was reported that they kept their staff and continued to operate out of their Austin office. The agreement did not cede control of ScoreMore's artist management assets. Guttfreund managed Canadian rapper Tory Lanez and Bogle previously represented Colombian American singer Kali Uchis.

Bogle went on to become a partner with EQT Management. Her current involvement with ScoreMore is unclear.

Live Nation was no doubt attracted by ScoreMore's growing calendar of annual festivals, including San Antonio's Mala Luna and the multicity JMBLYA, which has hosted Travis Scott in multiple years. In 2017, the Chronicle reported the parking lot fest ran out of water mid-event in Austin.

Of ScoreMore's annual roster, the only festival with a confirmed upcoming date is J. Cole's Dreamville in North Carolina. Presale tickets for the April event already sold out with no lineup announced.

ScoreMore's only Austin festival, JMBLYA, has not taken place since 2019 due to pandemic cancellations. Prior, the Austin stop typically took place in May at Circuit of the Americas.

Representatives from the venue didn't respond to a Chronicle inquiry of whether JMBLYA would be at COTA this year and if Astroworld's disastrous outcome impacted their relationship with the event. The JMBLYA website says, "See you in 2022." 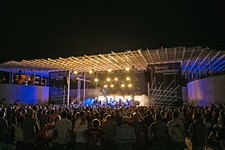 Faster Than Sound: Headlines From a Year in Limbo
A flurry of industry activity in an on-again, off-again reopening scene 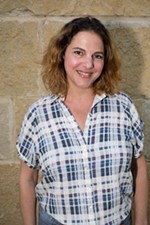