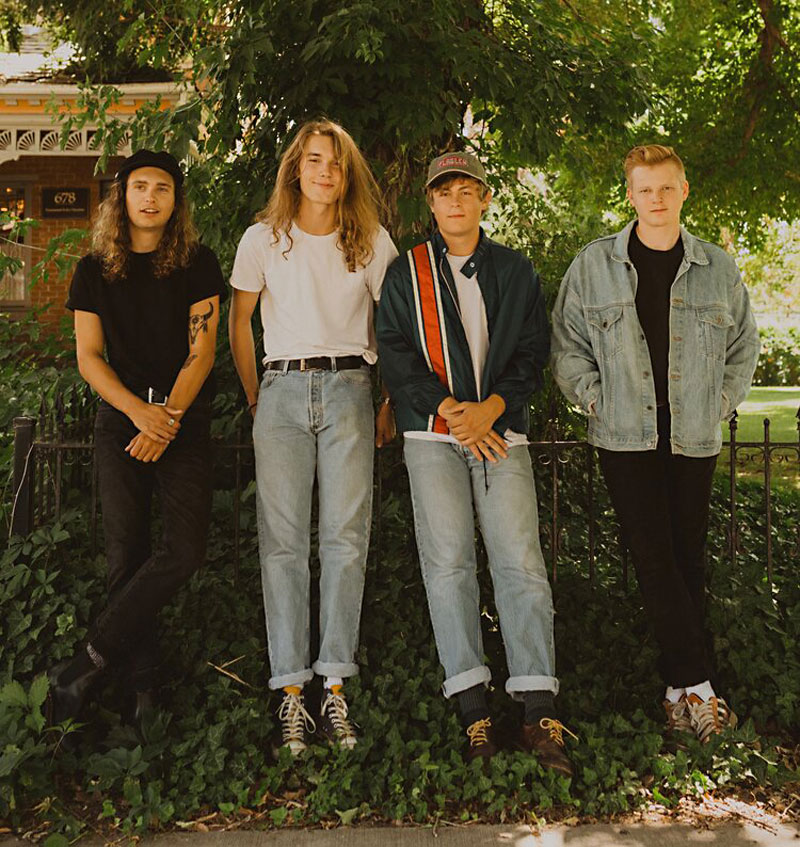 The magic of the Backseat Lovers spools in a classic formula, building from a warm and inviting charm that torques into unbridled explosiveness. Yet the young Provo, Utah, quartet adds their own twist, seasoned in the touches of surf and jazz guitar tones from Jonas Swanson that fold into their indie-pop edge.

The band's 2019 debut LP, When We Were Friends, broils slowly, Josh Harmon's vocals spilling languidly with a disaffected slacker air before inevitably breaking like Cage the Elephant. It's a tension that wrings Gen Z teenage malaise of enervated daydreams purged with the restlessness and drama of guitar-swept escape.

"She said I've got nothing to do and neither do you/ There's a place down the road where we can waste the whole afternoon," Harmon moans on breakout single "Kilby Girl" before spiraling into the shouted chorus of, "I overheard that she was 19 with a fake ID and a nose ring/ Those kind of girls tend to know things better than I do."

Suburban frustration rips throughout the album, from the backyard parties of "Pool House" to the dreamy pining of "Olivia," while most recent single "Heavy" teases their upcoming sophomore release with a hazy, Mac DeMarco smoked-out charm reeling into a wail of Weezer angst.