Strand of Oaks and the Cadence of Joy 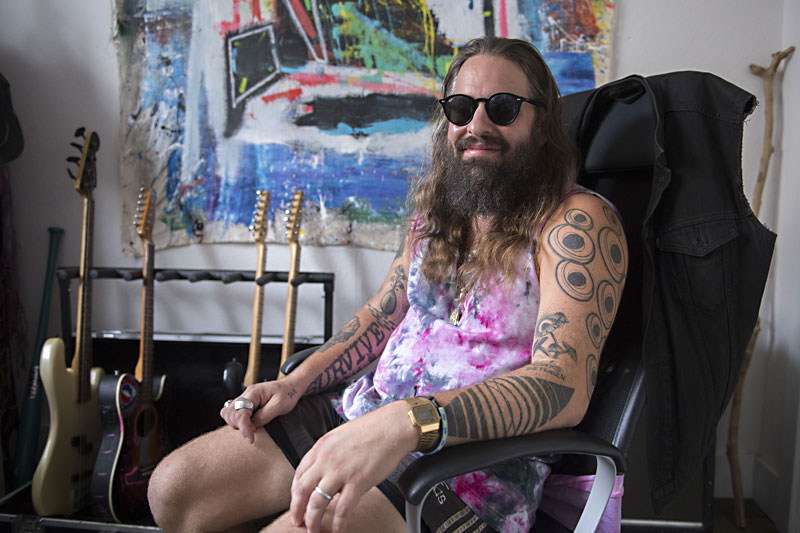 Tim Showalter delivers the affirmation lightly. He's letting Miles Davis know he still has the reins here. We're somewhere around the 13-minute mark of Davis' colossal 27-minute "Great Expectations." One movement ends and another begins; as the color drains from a contorted trumpet – a benevolent sitar takes over. It's a relief. Showalter knows that, while Davis is playing, this conversation is between the three of us.

Then some self-doubt starts to creep in.

"Being from Indiana. I have had this – it's a good thing sometimes. But, I have this thing, I'm so scared to be full of shit. I feel like if I'm talking too fancy – I stop and say, 'Oh, I'm just a guy from Indiana.' Why can't you say you're an artist? Why can't you say that Miles Davis influenced all of your work?"

We’ve all had to push through the vulgarities of regular life to continue to hold on. We’re all nearly two years older, and so is Showalter. The trauma of the last year, becoming sober, uprooting and moving to Austin, growing older, and the fallibility of life are all imprinted on the record.

At 39, he's as fortified as he's ever been against self-judgment, but that Midwest upbringing checks him from time to time. In many ways, Showalter, who performs as Strand of Oaks, has crossed a threshold on his journey. He's sober, joyful, and on the precipice of releasing his eighth full-length album, In Heaven. The record is full of life, death, and the universe, but it's nearly always upbeat, and stands to be his most confident work yet.

But here in his South Austin home, Miles Davis is sending the whole room into a spiral. Artwork covers the walls – some of the pieces are homemade abstract paintings with gestural streaks of color and sharp shapes – and we're sitting at a table that Showalter built himself; he and his wife's initials are carved into the corner. There's a modest intensity to the musician. Within a few seconds of entering the house and beginning the interview, Showalter's attention is fully on the process, even as subjects bounce around like rubber balls from a vending machine. Charles Mingus, Indiana corn, Basquiat, honky-tonks, and Eighties cartoons.

That sort of ecstatic turbulence is baked into In Heaven, which he recorded in Los Angeles at the tail end of 2020. The first three singles, "Galaticana," "Jimi & Stan," and "Somewhere in Chicago," display a lush production and a penchant for combining depth of thought with sublime confusion and existentialism. If sentimentality is the word, then it is not meant as a slight.

"When you talk about sentimentality, that's okay because it's the first time I've dealt with nostalgia," says Showalter. "I think being aware of that [is important]. It's so inner-referential that I never expect half my lyrics to make any sense. I say this one line: 'Drifters sneaking past the gate looking for your steel.' I had to think about why I wrote that lyric. I remember my grandpa talking about how drifters during the Great Depression would come to my great grandpa's barn to try and rip steel off."

The musician has resituated himself in Austin after living in Philadelphia for nearly 20 years. He and his wife, Sue, fell in love with the city during a trip to South by Southwest in 2019. The couple was grieving the death of Sue's mom and yet trying to continue to live. Showalter mentions Nick Cave's comments on grief, about allowing temporary insanity into your life. Cave says grief is "many things – happiness, empathy, commonality, sorrow, fury, joy, forgiveness, combativeness, gratitude, awe, and even a certain peace.

"In the end, grief is an entirety." 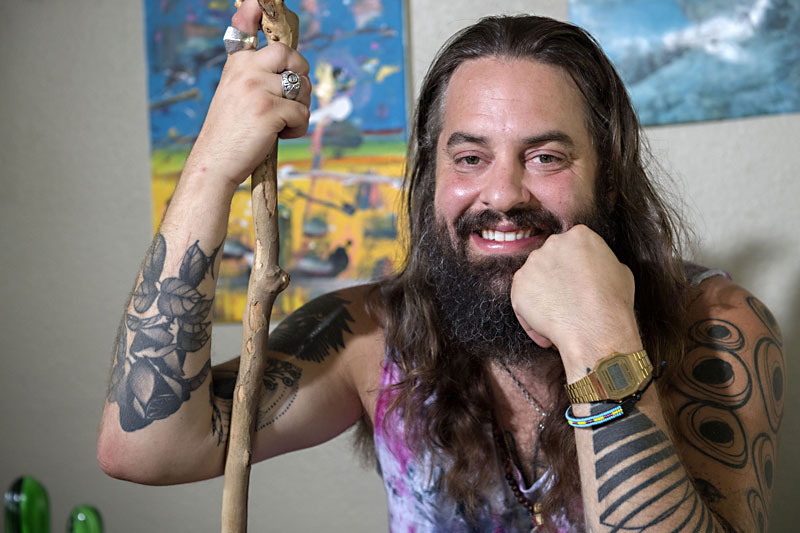 "She was hurting," says Showalter. "And she's taken care of me through all of my dramatic things in life. I said, 'I have to not be the center of this.' There is no 'me' in this talk. It was an irrational decision, but I was like, 'She's happy right now in Austin.' I see her happy. I'm just going to try and make that happen more. I guess that means move to Austin because she looked at me and said, 'It feels like vacation here.' And [we] still think that."

When they found out they'd closed on a house in Austin, they were about to be on a flight. Showalter said he'd never purchased in-flight Wi-Fi, and he was debating whether the extra cost was worth it when he got a call as he was boarding the plane. His real estate agent was at a Dead & Company concert – maybe halfway through "China Cat Sunflower" or something – and passed on the news that they'd gotten the house.

Despite being a musician and making music, Showalter also loves writing about music. In Heaven is sprinkled with musical references that are important to him, and they're mixed with stories from his own life. On "Jimi & Stan" Showalter sings about what seems to be a friend, Stan, hanging out with Jimi Hendrix in the afterlife. But, again, there's a depth of thought and feeling that may not seem obvious. Stan is Showalter's cat, a friendly, husky, gray guy with white spots, who was diagnosed with cancer and eventually had to be put to sleep, but it was during that process that Sue's mother passed away. Stan became a symbol of grief and their inability to say goodbye to Sue's mother. And yet "Jimi & Stan" is not a sad song, it's jubilant.

"Somewhere in Chicago" is similar. Showalter wrote the song the night John Prine died. It imagines Prine in some ethereal version of Chicago. Showalter sings, "John's on a walk somewhere in Chicago," to the same kind of understated swing melody that Prine would use in his own songs. The track doesn't come out of nowhere, In Heaven builds through multiple emotional arcs in its first half, but never strays too far into a specific feeling, as to not allow the listener to crawl back out. Sometimes it's the folk rock melody that allows a listener to hang on; sometimes it's Showalter's soaring vocals.

The consistency of production belies the recording process, which was anything but standard. It was Showalter's first time writing songs while sober. He estimates that there were "probably a billion reasons" for him to quit drinking, but he came to the decision when a date had been set for poor Stan to be euthanized. He envisioned it as a hiatus from alcohol, then it became clear: "I just don't want to do this anymore."

Showalter doesn't write lyrics first; he lays out the melody and records demos before going back and adding lyrics.

"I spent seven months on the demos. Because it was the pandemic, but also, when I make demos, I make them," Showalter says. "I can't do [the] lyrics until the song's done. I can't find what I'm going to sing about unless the synthesizer's in the right place. It's the opposite of folk in your notepad.

"But then when I'm done with it, I send it to the musicians, and I say, 'Here's what this is. Now, we can either break it down all the way if you want [or] you can play off of this."

The record is full of life, death, and the universe, but it’s nearly always upbeat, and stands to be his most confident work yet.

After finishing the demos, the musicians that received the tracks were Carl Broemel and Bo Koster of My Morning Jacket. The two also played on Strand of Oaks' last record, Eraserland. Cedric LeMoyne also played bass on In Heaven. The album versions were eventually recorded with Kevin Ratterman (who also played drums) at Invisible Creature in L.A. The entire process, from songwriting to demoing to recording, took place in the middle of a pandemic; in the middle of an election; in the middle of grief.

But that's been everyone, right? We've all had to push through the vulgarities of regular life to continue to hold on. We're all nearly two years older, and so is Showalter. The trauma of the last year, becoming sober, uprooting and moving to Austin, growing older and the fallibility of life, are all imprinted on the record. When compared to Eraserland, you can immediately hear that Showalter has changed; he's crossed a threshold.

"I love being my age. I feel like I'm weirder and gentler," says Showalter.

There's joy in growing older. There's a comfortability with who you are. It's a bit like exiting the noise of your youth and entering a peaceful phase. Sure, there will be grief and pain, but once you've exited one movement and entered another, once you've opened that door, you might be greeted with Miles Davis and a benevolent sitar.

Strand of Oaks’ In Heaven comes out Oct. 1 on his own label, Galacticana Records. 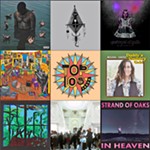 In My World of Disorder, the Top 100 Austin Records of 2021
Kevin Curtin ranks his favorite local releases of the year 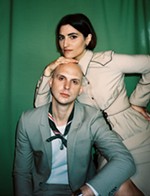