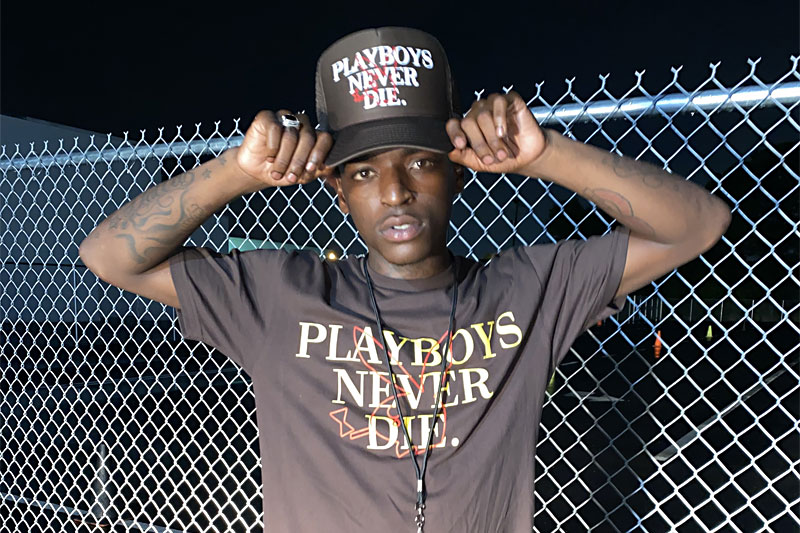 Dubbo's come up has hit a frenzied pace. His "Beat Up the Belly 2" video has racked a million views since dropping last month and internet tastemaker DJ Akademiks recently took notice of a live clip where a raucous crowd screamed along to his streetwise bars. On a late August afternoon, the young rapper – with an unmistakable streak of red dye in his hair – walks into a Pflugerville restaurant that serves Hennessy-glazed stuffed turkey legs and exquisitely loaded baked potatoes. For him, it's a taste of Momma's cooking before embarking on his current nationwide tour with Conway the Machine.

"You don't understand how long my mom been dreaming of having her own restaurant," Dubbo says at a table inside Stuff'em, which his mother opened in May. "We started in the trenches just like anybody else. Came from the bottom, came to the top. I'm proud of her. It makes me happy every day [knowing] that I can come to my momma restaurant to eat. It's a blessing, I love it."

He cites his mother and his big brother, Mac D, as the two main influences on his rap career. Mac D raps, too.

"My mom made such a big impact on my life," the 20-year-old says. "She's the one who let me know anything that I do, I've got to do 100%. She was probably the only one in my family who, when I told her football was not what I wanted to do, looked me in my eyes and told me, 'Okay, well figure out what you're going to do and, whatever you do, be the best at it.'"

Dubbo's mother, Andrea Atwood, shares similar pride for her son's local ascent throughout this past year.

"I tell [my children] all the time that anything they put their mind to, they're gonna do good and they're gonna kill it," Atwood says, beaming with joy and clutching her infant grandson. "I'm really proud of them for just staying focused and following their dreams. I know it's only the beginning, so it's only up from here."

From Trapper to Rapper

The North Austin emcee's scratchy-voiced ad-libs alone release an energy akin to a grand marshal before a NASCAR race. Tracks like March's "Valero" captivate with intense flow and memorable metaphors.

Yet, in conversation, he speaks in a low, measured tone. Born in Dallas, the business-minded young'un moved between his mother's Louisiana household and his father's Dallas home before making the greater Austin area a permanent residence around the fifth grade. Legal troubles during high school motivated the former youth football standout to make serious changes.

He audibly lets out a "wooooo," mimicking the wind repeatedly getting knocked out of his proverbial sails.

"Going to jail so many times [made me realize], yeah, this is not what I'm supposed to do. God was telling me that I am not a trapper. God let me know that a lot of times, so I just changed my life. I had a son and I just knew all that street stuff was dead."

Transitioning from trapper to rapper occurred abruptly, yet organically. He recorded his first song, "Dime Bags," in 2019 at North Austin's Beat Kitchen after friends, whose studio time he typically funded, encouraged him to hop on an unexpectedly tough-to-conquer beat. That track's accompanying video, in which he steals another teenager's shoes at gunpoint while slanging grams, serves as a stylistic prequel with its booming bass and trap-related bars. A relationship with Zachary "Bird" Ingraham soon followed after Dubbo started to accompany his friends to Ingraham's Bird House recording studio. When some of those comrades spoke poorly of Ingraham behind his back, Dubbo wasn't having it, and the newly minted rapper and producer formed an ironclad bond.

"I knew in my head that I liked the way Bird worked," he explains. "I loved the person he was. If I wanna go record, I'm going to go where I want to go, so I hit up Bird whenever I wanted to make music. He showed me so much love. I remember one time I had $1,500 or $2,000." He daps his hands together to accentuate his showing of respect at that moment.

"I gave him $2,000 and was like, 'Look out for me when I come here.' I told him right then and there: 'You're my producer. This is Dubbo and the Bird House.'" His only full-length project to date, a Christmas 2019 release titled Tryna Do Right, features exclusive production from the Bird House. There's little need for producer tags – he only works with the Bird House.

Ingraham says he developed a loyalty to the rapper as a result of seeing him continually make strides with little help at his disposal.

"What really makes him unique from anyone else I've ever worked with is his work ethic and [that he] won't take no for an answer," the Austin-based producer says. "He came in the earliest, he stayed in the longest, and he wanted to work until the work was done. He'd go straight into shooting the video with really limited resources. He was willing to put all of that into music. There's a lot of people who will talk that talk, but when it actually comes to making those sacrifices and putting your career first and taking those gambles on yourself, not everybody does it.

"Dubbo did that repeatedly."

“Going to jail so many times [made me realize], yeah, this is not what I’m supposed to do. God was telling me that I am not a trapper.” – Dubbo

"Ben10," a track that ridiculously relates a famed Cartoon Network character to a Percocet pill, began to gain traction last year with hundreds of thousands of streams. The breakout single sees Dubbo evolve into his current form as he raps with a menacing yet inviting rasp over its dark instrumental. Momentum from cuts such as "Ben10" and selling out his first headlining show last October at the Texas Music Ranch eventually paved the way for both Ingraham and Dubbo, in November, to ink deals with New York label Babygrande Records. The deal included Dubbo getting a partnership for his own imprint, Double O Records, a vision he first dreamt up in sixth grade. He aspires to use Double O as a way to bring up other artists in his crew and has already signed Mac D.

"Dubbo's really talented and he's kind of known for the aggressive energy rap and we're certainly going to give people a good dose of that moving forward, but there's a lot of other things you can expect in terms of melodic sounds and features," he previews.

Back at the restaurant, the no-nonsense rapper happily reminisces about dancing around his house like Michael Jackson and fails to contain a smile when reflecting on his history as a singer up until middle school. For those complaining about the explicit subject matter and gun-heavy music videos that now typify his art, he plans to change for no one.

"Everything I'm talking about might sound like a movie, but best believe ni**a I done lived that, so I'm just putting it out there," he says assuredly. "A lot of real ni**as relate and the ni**as that wanna [hate], they ain't gonna relate." 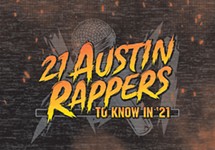